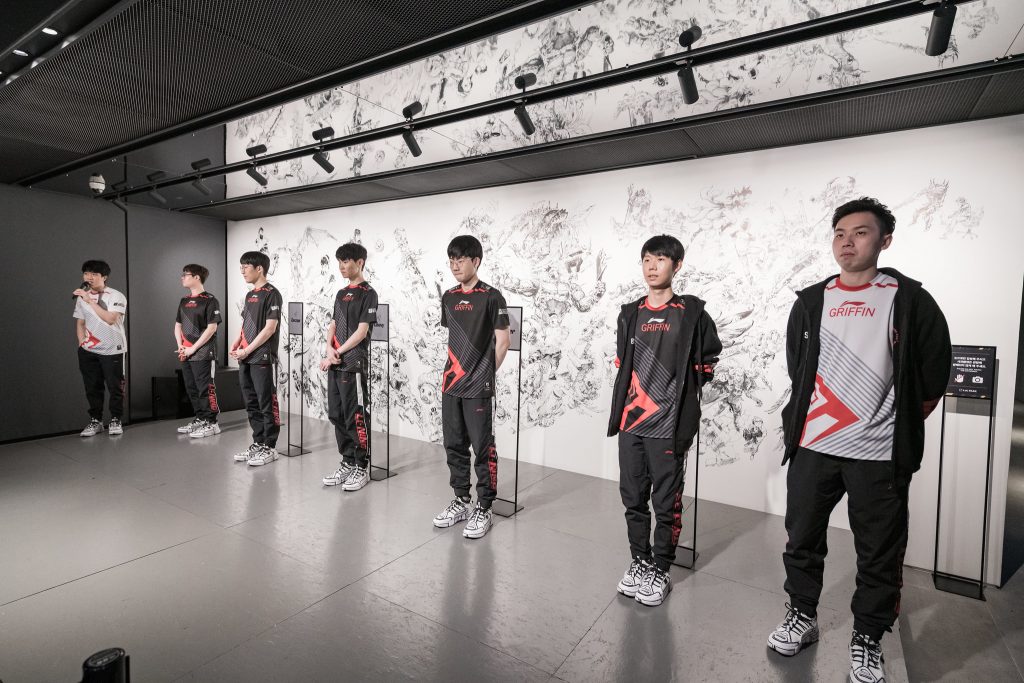 Can Griffin help the LCK overcome the rest of the competition at the Eastern Rift Rivals 2019? We're not so sure. (Image via Riot Korea)

The second half of League of Legends’ Rift Rivals 2019 features Eastern regions LoL Pro League (LPL), LoL Champions Korea (LCK), Vietnam Championship Series (VCS) and LoL Master Series (LMS) battling it out at Jangchung Arena in Seoul, South Korea. The VCS and LMS are treated as a single region for this event, sending two teams apiece. The action begins on July 4 and will run until a champion is crowned on July 7.

Rift Rivals combines the LMS and VCS into a single region for this event, giving the tournament three total participants. The event begins with a Group Stage in which every team will play against the equal seed of an opposing region once (e.g. LMS-VCS second seed Dashing Buffalo will play Griffin and JD Gaming). These matches will be best-of-one, and the top region will receive a bye to the Finals.

The two other regions will move to the Semifinals where they will play in a best-of-five Blind Relay Race. Each region will pick its participating team for each game at the same time. Every team must participate before a team plays twice, so no team will be able to play twice unless the series needs five games.

Rift Rivals does not grant points toward World Champions qualification, so teams will play out the tournament for practice and pride. Unlike the Western Rift Rivals, there are no scheduled show matches.

With respect to the LMS and VCS, this tournament should be a two-region race between the LPL and LCK. Once upon a time, the presence of Flash Wolves could give the region a fighting chance, but those days are behind us. The Flash Wolves are 1-5 to start the year in the LMS, the worst record of any competing team. The VCS’ Dashing Buffalo (formerly known as Phong Vũ Buffalo) looks to be the most complete squad of the four VCS/LMS teams, but they draw Griffin and JD Gaming in the Group Stage. We can safely eliminate the region from contention.

This leaves the fight between the LPL and LCK. The participants from each region share a lot of similarities. SK Telecom T1 and Invictus Gaming are the champions who struggled to start the season after Rift Rivals but have slowly turned it around heading into this event. FunPlus Phoenix and Kingzone DragonX fell in the Semifinals of the Spring Season and look to be top challengers domestically this season. DAMWON Gaming and Top Esports are the young teams that have the talent to be the best in their region but are still plagued by inconsistency.

Korea sends three of their top four teams in the Summer Season, an excellent ratio considering the final team is their Spring Season champion. Meanwhile, China does send their top two teams in FunPlus Phoenix and Top Esports, but their Spring Finalists Invictus Gaming and JD Gaming are at 7 and 10 in the Summer Season standings. Part of that is because of early-season struggles, a glut of teams in the middle of the standings, and a larger league size of 16.

As much as this is a more depth-oriented tournament than Rift Rivals, we still need to look at the top of each region. All four teams on each side can take games off each other, but FunPlus Phoenix stands out as arguably the best team in the world right now. Assuming they can win their game and one of the other three LPL teams manages a win of their own, the LPL would then have the opportunity to play FPX in game 5. That trump card of having the best team heading into the tournament is huge when there is little separation between the other teams competing.

The LPL is a deeper league than the LCK and offers more tests throughout the season. That we aren’t even talking about Invictus Gaming as the top team in their region should scare fans of the LCK, VCS, and LMS.