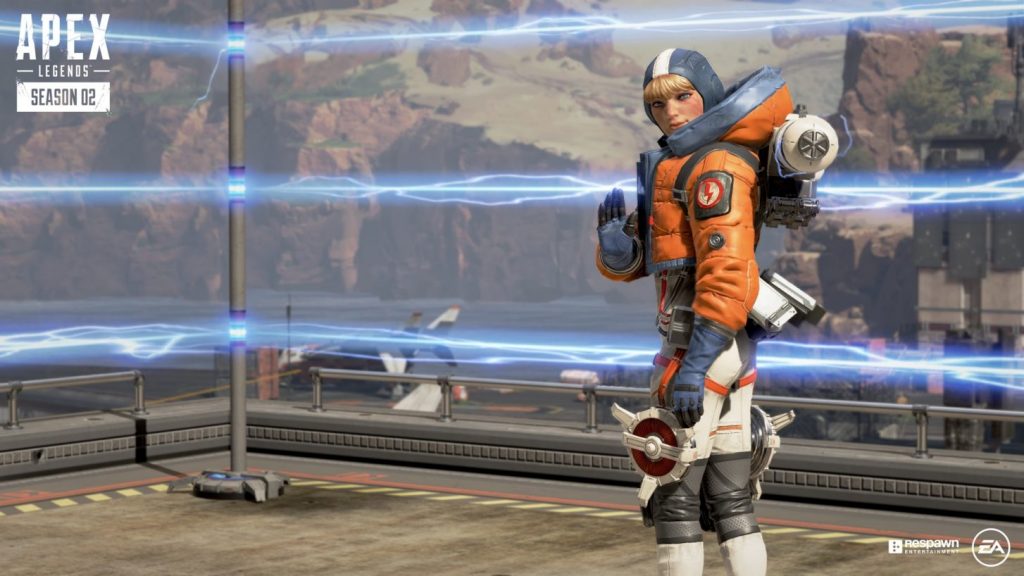 At one of the most anticipated live streams at EA Play, the Electronic Arts event preceding E3, Respawn announced what changes are coming in Season Two of Apex Legends. The second season, appropriately entitled “Battle Charge,” will launch on July 2. With it we’re getting the tenth legend, content, new weapon, a new mode, and an upgrade to the Battle Pass. Let’s breakdown all the changes coming to Apex Legends.

The much-anticipated second season of Apex Legends is bringing a lot of really rewarding content to players—especially if you enjoy a challenge. But for those who are unable to wait until the new season drops, Respawn has created it’ first ever event. The first big package dropping into the arena is an event called the called The Legendary Hunt. Players can complete Hunt challenges to unlock exclusive skins like the Epic Master of the Hunt (Bloodhound Legend skin) or the Legendary Tamed Beast Triple Take. Some of these challenges work in conjunction with the new Queue mode.

Legends compete in regular matches and if a player ranks in the top five of the gams, they will be eligible to enter the “Elite Queue”. This Elite Queue will place you in-game with players around the world who are looking to really test their skills against the most talented legends in the game. The wait times will be longer, but you will be rewarded for your patience. Some of the Legendary Hunt items will be exclusive for players who complete challenges in the Elite Queue.

Battle Charge, the name of the second season, commences on July 2 and with it, the Battle Pass system will be changed. Next season the Battle Pass will be challenge based rather than timed. Respawn highlighted the fact that you could skip a few weeks of play, log in on the weekend and get them all done in one go. They are also introducing a new Ranked mode. This will consist of six tiers that were only detailed as ranging from Bronze to Apex Predator without any note as to what the other four tiers were called. Your rank will determine who you queue with to make games more balanced. And as a special treat, you will be rewarded at the end of the season with bonuses based on your rank.

And lastly, the new legend who will come with Battle Charge is named Wattson. Wattson is a young electrical engineer who helped build the arena with her dad. As Apex Legends lacks a bit of lore, the panelists revealed that she was around the entire time while the arena was being constructed and all the other Legends love her— except for Caustic, he tolerates her. Wattson is able to create electric fences which can be triggered by opponents when they cross, notifying the entire team. Her abilities require a defensive mind who is able to utilize her complex abilities to support her team. She’s going to be an interesting addition to the lineup but we’re eager to see if a new meta develops out of her joining the lineup.

In the conclusion of the panel, we got a small sneak peek at what could be upcoming up in Apex Legends and by small—we mean really big. Some sort of dragon or dinosaur eye can be seen in the trailer as several Legends fly by. The panelists wouldn’t say much but BIG things are coming to Apex in the future.