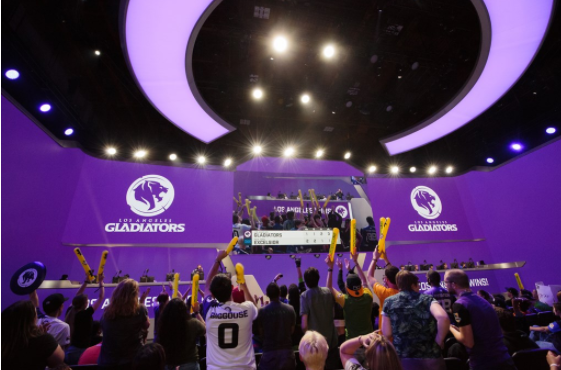 The Los Angeles Gladiators took on LA Valiant to decide who is the best of LA - for now. (Photo courtesy Blizzard)

Although the matches lacked the usual Overwatch League production standards we have come to expect from their live events, it was good to see OWL back on track after a series of unfortunate events disrupted their ability to broadcast any games for the past couple of weeks. There were still some broadcast kinks to work out, but overall the OWL broadcast teams did a great job of adapting their workflow to bring us any OWL matches at all.

Seoul Dynasty Debut With a 3-0 Victory

The highly anticipated Seoul Dynasty finally made their debut Saturday afternoon after being forced to cancel matches over the past few months in response to COVID-19. The Dynasty were facing high expectations this season, following a rather disappointing run in the playoffs in season two. The debut showed off a team that is back and ready to prove that they are still on top of the Overwatch League.

With a new roster, the @SeoulDynasty roar in their debut match of 2020! 🦁🦁#TigerNation #OWL2020 pic.twitter.com/Lj8TdPlhgS

One key to Seoul’s success was forcing the L.A. Valiant to play the game the way the Dynasty wanted to play. Valiant came out with barrier based strategies on the Nepal control point map, however Seoul played a D.Va/Wrecking Ball dive tank composition, which proved highly disruptive to L.A.’s more defensive compositions. By the end of the map, the Valiant were forced to bring in their own wrecking ball strategy, after Dynasty repeatedly broke their barrier defense.

It’s hard to talk about a Seoul Dynasty win without talking about Junyoung “Profit” Park. Profit played a very technical Tracer throughout the series, dealing an average of 9.3k damage per ten minutes. For his amazing performance, Profit was awarded the player of the match title. 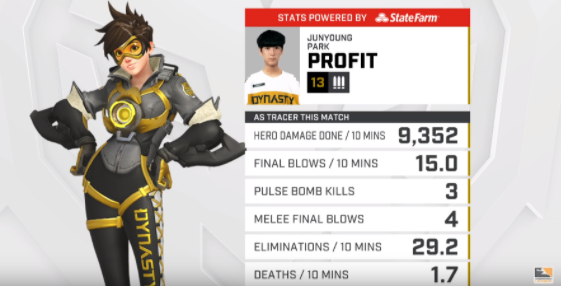 Another key to Seoul’s success was their economic management. There were multiple times when the Dynasty baited out Valiant ultimates without utilizing any of their own. This gave them a huge ultimate advantage going into team fights, which tipped the majority of team fights in their favor.

No matter what composition the L.A. Valiant chose, the Dynasty was able to control the map and economy. The Dynasty dominated all three maps, showing off a fascinating combination of dive and barrier compositions, despite the fact that the two key dive heroes Winston and Lucio were banned. Based on Saturdays performance, it is already clear that even though Seoul hasn’t been playing OWL matches recently, they have definitely been keeping in practice. The Dynasty made their OWL Season 3 debut match look like quickplay, easily taking the series 3-0.

The Gladiators Are Contenders

The Los Angeles Gladiators showed off their flexibility against the San Francisco Shock in a battle for California. The Gladiators delivered the pain to the Shock, demonstrating that their team is not to be trifled with. Although the season 2 champion team put up a strong fight after half time, it was not enough to prevent the Gladiators from convincingly taking the series in a 3-1-1 score.

We take a strong victory over the reigning champs– GG's @SFShock! #ShieldsUP pic.twitter.com/MGmxfU5y61

Beating the Shock is no small accomplishment. The Shock have won 22 consecutive maps since the last time they lost, which was against the Atlanta Reign back in the season 2 playoffs. Los Angeles didn’t just beat the Shock Saturday–they decimated them. They won the first map 2-0 on Ilios, with the Gladiators’ frontline high-key outplaying the frontline of the Shock. On the next map, Los Angeles showed off their high level defense skills, holding the Shock payload to only 47 meters on Route 66. It only took the Gladiators just over a minute to crack the Shock’s defense, to make the series 2-0 going into halftime.

After halftime, the Shock came out with Jay “sinatraa” Won replacing Hyo-bin “ChoiHyoBin” Choi on Zarya. Sinatraa performed his role as Zarya very well, and the Shock were even able to take Numbani with a 3-2 score. Sinatraa played Zarya at the highest level during the GOATs meta, and his performance showed us why the Shock were dominant during that meta. 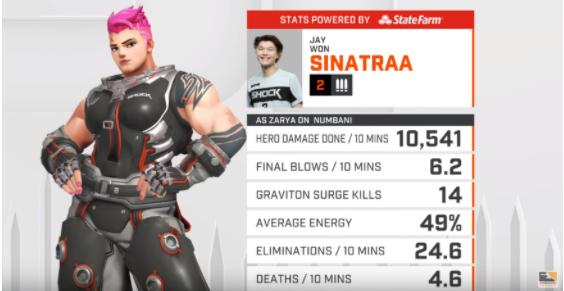 In the following games, however, Gladiator DPS player Mirror was able to dominate the Doomfist mirror match up against Minho “Architect” Park, since Sinatraa was playing tank. Sinatraa is by far the best Doomfist on SF, so it was a good strategy for the Gladiators to force Sinatraa onto tank and deal with the less-deadly Architect Doomfist threat.

The Gladiator frontline played so well today. Indy “SPACE” Halpern was named the player of the match, doing 9.2k damage per 10 minutes and landing insane gravs. Space has always been known for his D.Va plays, but today he was excellent on Zarya and Sigma, showing his versatile skills in his off-tank role.

Gladiator main-tank Min-seok “OGE” Son also demonstrated his flexibility, alternating between barrier tanks like Orisa and Reinhardt, and the dive tank Wrecking Ball. It was a fat Shatter from OGE that ultimately clinched the map, match, and series for the Gladiators.

If the Gladiators continue to play at the level they were at, they just might have a shot at the championship this year.

The first afternoon match featured a face off between the Toronto Defiant and the Boston Uprising. Throughout the series, Toronto gravitated toward Reinhardt and Zarya compositions to great success, while Boston was seemingly stuck to Orisa and Sigma compositions on every map. Despite the two teams having the same record of 1-4 going into this match, Toronto looked far better than the uprising, taking the series 3-1.

Map one of the series was a control point battle on Busan. Toronto came out swinging, taking map one in dominant 2-0 fashion.

The second game was played on Rialto. Boston decided to stick to the double shield composition. The Defiant, however, moved their main tank Adam “Beast” Denton to Reinhardt and their off-tank Andreas “Nevix” Karlss to Zarya. This Defiant tank core led the way to an easy 1-0 victory, after fully holding the Boston offense on the very first point. Beast and Nevix were able to establish strong map control over the courtyard, which Boston was never able to break.

During the third map, Hollywood, the Uprising finally finished warming up and were able to finally take a map off the Defiant. Not only did Boston complete the map on offense, they also fully held the Defiant on defense. Tae-hee “Jerry” Min’s Hanzo was very clearly the key to Boston’s short-lived success, killing rival Defiant DPS Lane “Surefour” Roberts several times throughout the map. If there is a silver lining to this game for Boston, it’s that Jerry looks like he can hang with the best DPS in the league.

Although Jerry played amazingly, his team did not win so he could not be the player of the match. Instead, that honor when to Brady “Agilities” Girardi, after smashing his opposition using Doomfist, Hanzo, and Mei. 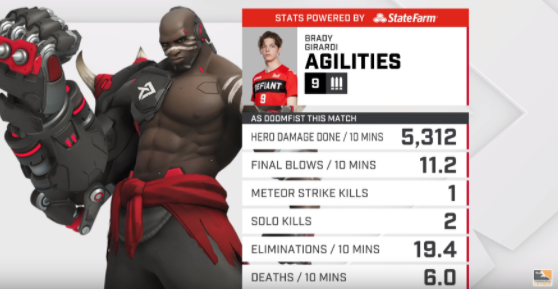 In the end, it was the Defiant who would take map four and the series. Both of these teams have relatively bad records, but the Defiant looked strong nonetheless.

Sunday will consist of five more matches throughout the day, starting with Chengdu Hunters vs. Shanghai Dragons at 1:00 a.m. PDT on the Overwatch League YouTube channel.