DreamLeague Season 13: Who Made It? 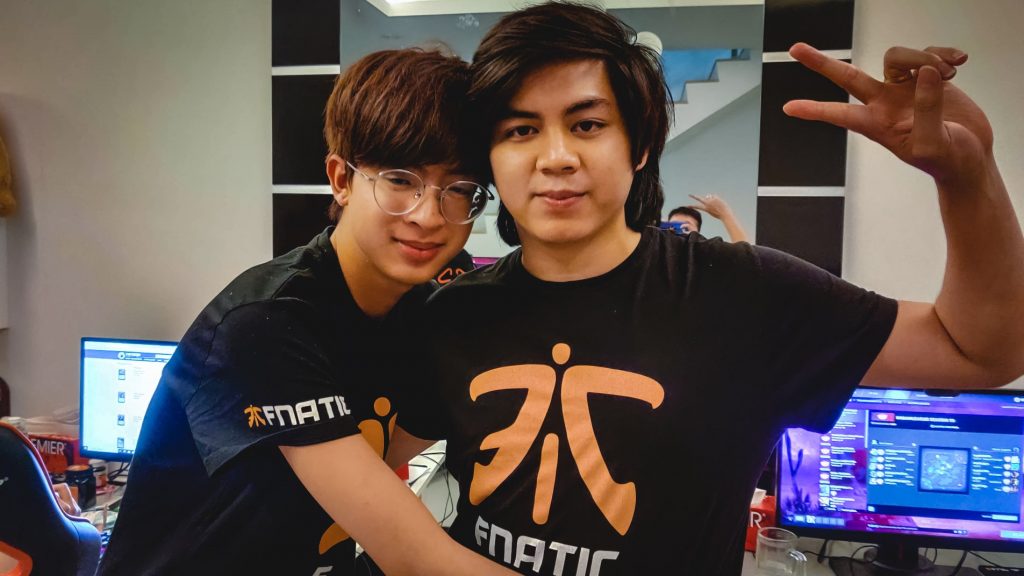 It feels like an age away until we get back into Dota Pro Circuit play, but even so, the qualifiers for DreamLeague Season 13 are already a wrap. Taking place at the start of December, and giving us a healthy break for the holidays until the tournament starts on January 18, the closed qualifiers concluded. And we now know 15 of 16 teams set to compete in our next Dota 2 Major.

Chinese Dota 2 has already become a four-horse race this season, with spots at the Major falling to Invictus Gaming, Vici Gaming, and Team Aster. EHOME, the fourth horse in the race, fell narrowly short of qualifying, a disappointment for them after beating iG in the last round of qualifiers. However, even with EHOME taking home 4th, they’re already favorites to qualify and win the WePlay! Bukovel Minor. Like iG before them at DOTA Summit 11, there are few teams on course for the minor that will have a chance to slow them down.

See you at Germany! pic.twitter.com/DvV7ehMJeS

The big shock out of the Asian regions came from SEA. After topping the last two major tournaments they attended, TNC Predator failed to finish first in their qualifiers. Instead, newcomers Reality Rift shocked the scene with an incredibly strong showing in both groups and qualifier playoffs. Helmed by recent acquisition Andrew “Drew” Halim, the Singaporean team upset both TNC and Team Adroit, flying into the playoffs in the top spot. After muscling through Cignal Ultra in the Semifinals, the team landed at DreamLeague Season 13 as the number one SEA seed.

It was a bit anticlimactic with the pertinent disconnection issue but the boys end up qualifying to the #DreamLeague Leipzig Major.

GGs to Cignal Ultra and goodluck to them and to the other teams vying for a spot at the Bukovel Minor.#StrongerTogether#SummonYourStrength pic.twitter.com/mqc3dTuqtc

TNC, on the other hand, looked out of sorts. Perhaps reeling from the effects of the new patch, the winners of this DPC season’s first Major dropped games to far weaker stacks, even losing 2-0 to rivals Fnatic, who went 10-0 this in qualifiers. While they’re still headed to the DreamLeague Season 13, the team will have to put some work in between now and January if they hope to continue their winning streak.

Europe and CIS: The bear is back

Team Secret took a break for the first Major of the DPC season to work on team cohesion. And the effort they put in seems to have paid off. With new primary carry Lasse Aukusti “MATUMBAMAN” Urpalainen, the team quickly advanced to the playoffs of their qualifying bracket. On the latest patch, their Finnish carry had the best performance of his post-Team Liquid career, dominating on the likes of Terrorblade and Luna.

Joining them as the top seed out of Europe are Team Liquid. The TL roster has continued to surge and is very comfortable on this new patch. Likewise, Alliance hasn’t missed a beat and continue to look like a contender for the best team in Europe.

Surprisingly, the recently revealed Nigma squad failed to reach the Major on their first try. Their brief absence from the scene seems to have hurt them far more than it did Team Secret, and the stack will instead have to fight their way through the Bukovel Minor to stand a chance of making the Major.

Thank you all for your support!

In the CIS, the return of Virtus.pro has ruined the chances of the “second-tier” of teams. With the well-rested VP taking the top spot, and Natus Vincere in second, there was no room for the likes of Gambit Esports, HellRaisers, Team Spirit, or even the recently rebranded Winstrike Team. And with CIS’s poor showing in the last Major, their two qualifying spots leave little chance for this state of affairs to change.

Something about the new patch has set South American on fire. The usually reliable beastcoast was shaky, and the team found themselves in a tiebreaker coming out of groups, hanging on for dear life in playoffs. Perhaps because of a series of connection issues or just troubles with the 7.23 update, the team never had as much momentum as we’re used to from this explosive squad. The stack narrowly managed to qualify for the Major after initially dropping to the lower bracket.

We secured our spot in the major through the hardest difficulties ever. It was probably the worst week of the year, yet we did it. Thank god everything worked out 🙏 Thanks to all fans that, even tho we are having some technical issues, are still supporting us.

Meanwhile, PaiN Gaming look poised for a resurgence. Finally, the team seems to have a viable roster after signing Leonardo “Mandy” Viana, Danylo “Kingrd” Nascimento, and Kaue “Dunha1” Camuci late last month. The team breezed through the playoffs, only dropping games to FURIA Esports and beastcoast along the way.

In NA, we once again found the Fighting PandaS on the verge of qualifying. The team has become a staple of the early season and evolved from a “meme team” to a genuine contender in just a few months. But hot on their heels were Chaos EC and Evil Geniuses. EG should have been the clear front runner in NA, but the Chaos, J.Storm, and PandaS were set on preventing that from happening. Even after an undefeated group stage, they dropped to the lower bracket and found themselves in a fight for survival. But in the end, EG won out, escaping elimination by the PandaS.

This is it. It's time for our Lower Bracket Final rematch against Fighting PandaS at the DreamLeague NA Closed Qualifier.

The winning team will take home a spot at the DreamLeague Season 13 Major in January. #LIVEEVILhttps://t.co/H3unlGJQLF pic.twitter.com/EJ7b0ZyI9y

Chaos EC, the former Quincy Crew, and top NA seed are finally playing to their potential. They dropped just a single match these DreamLeague qualifiers, to Ninjas in Pyjamas, who themselves were robbed a spot at the major by just how competitive this NA bracket has been. In the Bukovel Minor qualifiers, there’s going to be some tight competition between the remaining NA teams.

What’s next for Dreamleague Season 13?

We have our 15 teams, and all that’s left is to see who makes the Minor. With 24 teams battling it out for just eight spots, it’s going to be a crazy few days, and we’re sure to see some surprises, especially with teams like Nigma, EHOME, and Gambit stuck here fighting for survival. Should they make it, they’ll have to win the whole minor just for a chance to make it back to the Major. It’s going to be a busy two months for anyone without a ticket to Leipzig.