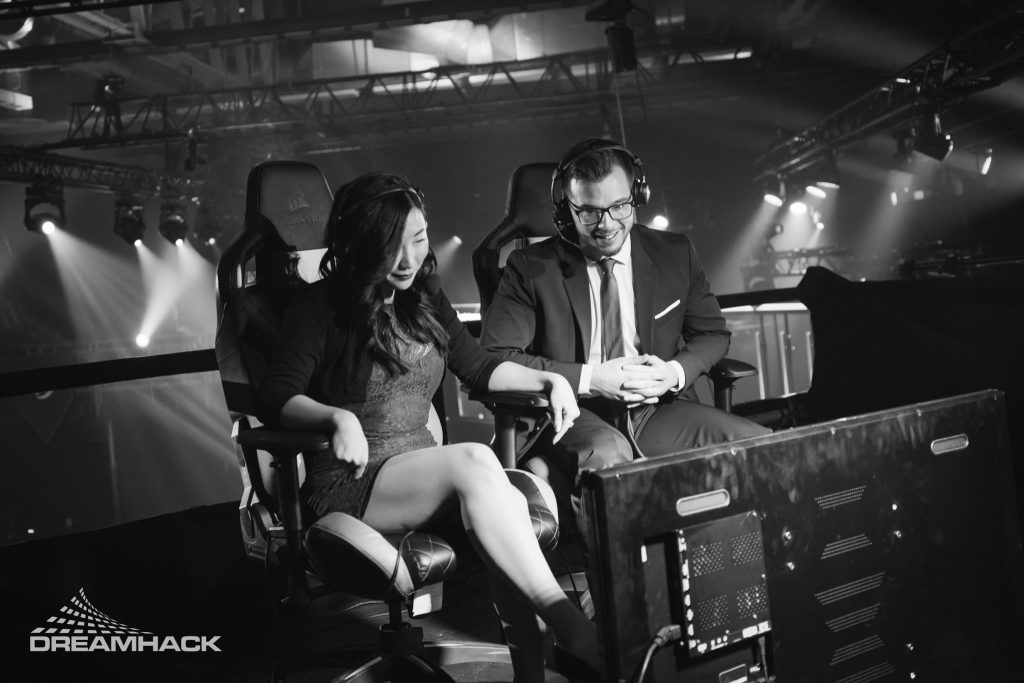 Moxxi and LizZard will be on site to cast DreamLeague Season 12. (Image via DreamHack)

Dota 2 fans, it’s still another two weeks before the first event of the 2019-2020 Dota 2 Pro Circuit. Whatever are we to do in the meantime? Well, if you’re just craving some competitive MOBA-action, there’s some incredible competition happening in the League of Legends 2019 World Championship. But if it’s strictly Dota 2 that you’re craving, this weekend, DreamLeague Season 12 has you covered.

Has it really been 12 seasons already? DreamLeague has been a staple of the Dota 2 scene for six years. Equipped with a US$250,000 prize pool, the competition is headed to Rotterdam, the Netherlands. The tournament will run from October 18-20.

Six teams will compete in DreamLeague in Rotterdam. Four were direct invites, and two went through regional qualifiers. This iteration, DreamLeague is staying true to its roots, featuring primarily European teams.

FlyToMoon and Demon Slayers qualified at the beginning of October for the event. Not a lot of time to turn around visas, but so far no one’s raised any public alarms on that front. FlyToMoon feature a familiar cast of CIS players, but Demon Slayers is a North American-mostly stack, featuring a few new faces including “Ched,” “oldWhite” and “xuan.”

Among the direct invites are Ninjas in Pyjamas, J.Storm, Alliance and Team Liquid. The latter three qualified directly to the Chengdu Major, while Ninjas in Pyjamas will go to the DOTA Summit Minor. NiP, Alliance and Team Liquid are also all competing at ESL One Hamburg 2019 the week after DreamLeague, so it’ll be a busy month or so for those teams.

What teams will get out of groups? 🤔

DreamLeague’s format involves a best-of-three round robin, with the six teams split into two groups. The top teams in each bracket will go straight to an Upper Bracket finals match, while the middle teams in each group will head to the lower bracket, facing two extra series before the opportunity to qualify for the grand finals. This means, of course, the team with the worst results in each group will be eliminated.

It’s important to note that the group stage will see both groups running their three series at the same times on October 18, so you will want to pick and choose your favorites to follow.

CORSAIR DreamLeague Season 12 is around the corner and now is a good time to announce the talent, don't you think? 🤔

Rotterdam is will be awesome! 🔥 pic.twitter.com/9gjVWphcJk

Part of DreamLeague’s distinctive brand of magic is the atmosphere of the event. Host Jorien “Sheever” van der Heijden (who spoke with Hotspawn’s Gillian Linscott at BETWAY Midas Mode 2.0 about interviews) will be the ringmaster of the show again. The casting and analysis crew will include Owen “ODPixel” Davies, Ioannis “Fogged” Loucas, Dominik “Lacoste” Stipić, Admir “LizZard” Salkanović and Grant “GrandGrant” Harris. Expect a relaxed approach to the proceedings, with plenty of memes and potentially party games to fill time. One of my favorite features of DreamLeague is the custom map table with hero stands used to help visualize the draft at past tournaments.

Tune in on October 18 to watch the first matches at 10:30 a.m. local time, 4:30 a.m. EST. Team Liquid will face Ninjas in Pyjamas in Group A, while J.Storm will meet Alliance in Group B. The action will be spread between the first stream and the second stream.