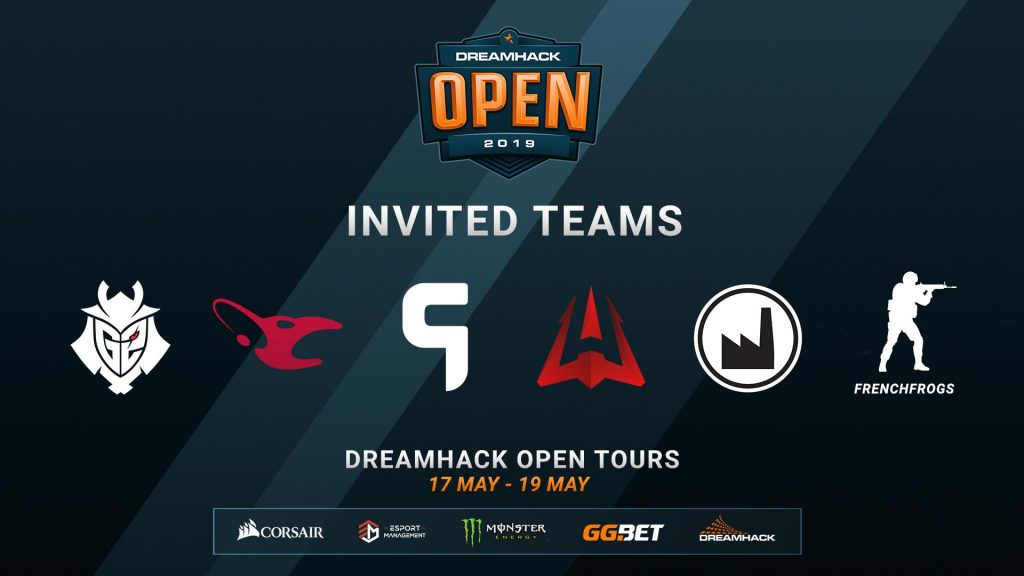 Tournament organizers DreamHack have announced their team invitations for the upcoming CS:GO event: DreamHack Open Tours 2019. As the name suggests, the event will be held in Tours, France, with a prize pool of $100,000 USD. DreamHack stated that there will be eight teams that will be in attendance, and they will compete from May 17-19.

The eight teams that were announced via Dreamhack on Twitter are:

Dreamhack Tours is an international event. It’s considered to be a moderately significant tournament with usually two or more high-tier teams such as mousesports and G2, but with second-tier international teams such as Ghost Gaming and Valiance attending as well.

The local teams that were invited include G2 Esports, French Frogs (ex-3DMAX) and Instinct Gaming, all of which have a majority French roster.

Windigo Gaming and Instinct Gaming both qualified for the event via the European and French qualifier respectively.

You can catch all the action from Dreamhack Tours live from twitch.tv/dreamhackcs.