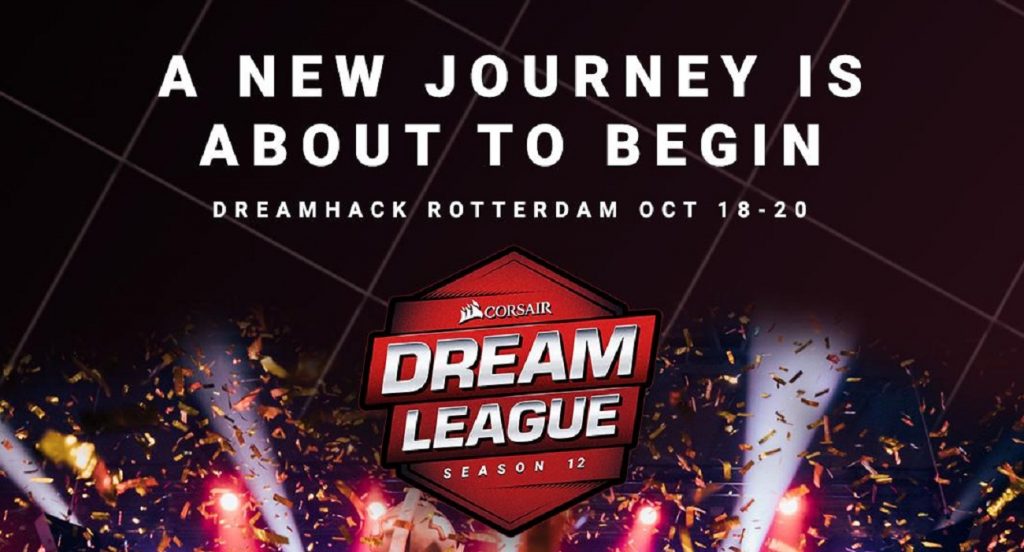 DreamLeague Season 12 will take place in Rotterdam, the Netherlands in October 2019. (Image via DreamHack)

DreamHack has announced the CORSAIR DreamLeague Season 12 is headed to Rotterdam, the Netherlands.

From October 18-20, the twelfth season of DreamLeague will unfold in the Netherlands for the first time ever.

With an announced prize pool of $200,000 USD, it doesn’t look like this event will be on the third season of Dota 2 Pro Circuit. The dates fall two weeks before the proposed dates for the first Minor as per Valve.

Time to go on a glorious adventure!

While tickets are already available for DreamHack Rotterdam, we’re still light on details for the DreamLeague portion of the event. There’s no indication yet of which teams will attend nor even how many to expect.

Alongside the Dota 2 event in Rotterdam will be a Counter-STrike: Globel Offensive tournament with over $100,000 in prize money.