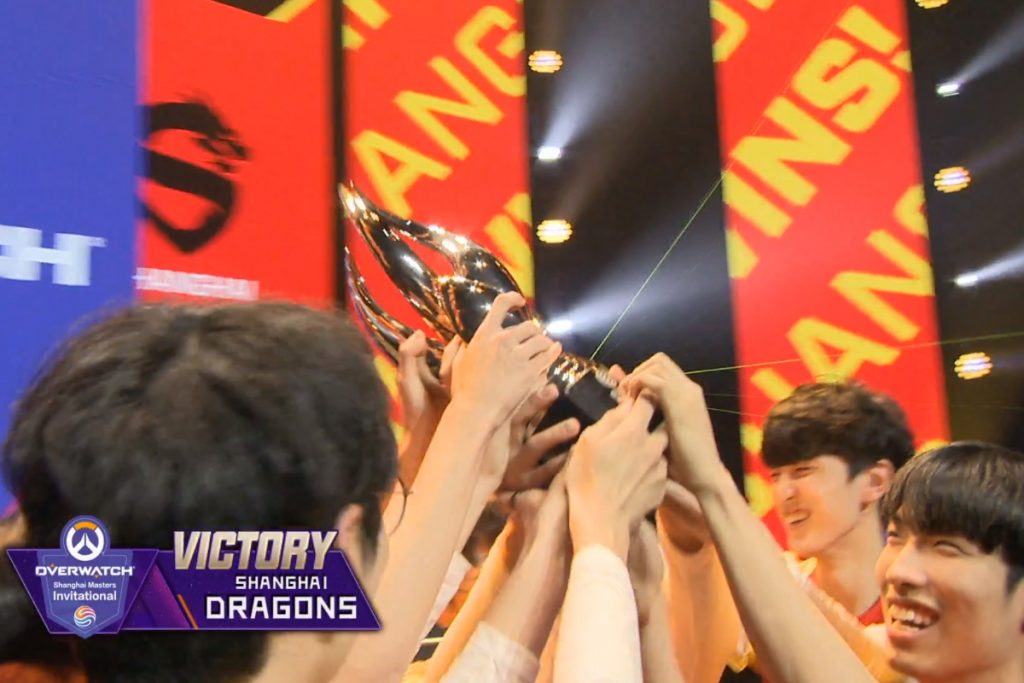 The Dragons had a perfect map record of 7-0 during the tournament. (Image via ESM)

China held the Esports Shanghai Masters over the weekend, an exciting event highlighting the Chinese esports scene. The games included Dungeon Fighter Online, Warcraft III, League of Legends and Overwatch. The Overwatch side of the event was named the Overwatch Shanghai Masters Invitational and hosted a large crowd hungry for some Overwatch action. It didn’t disappoint. The production quality was top-notch, the fans enthusiastic and the matches exciting.

All four of the Chinese-based Overwatch League teams were on display during the tournament; Chengdu Hunters, Guangzhou Charge, Hangzhou Spark and the Shanghai Dragons. After a large amount of the roster moves during the offseason, the new talent on the teams were able to be seen for the first time against actual Overwatch League competition. A lot of players shined during their time on stage, marking new, exciting faces for the league heading into the 2020 season. After three action-packed matches, the Shanghai Dragons were crowned the winners of the Overwatch Shanghai Masters Invitational.

And with that, we're your Esports Shanghai Masters champions! All our players, coaches and staff have been working tirelessly in the off-season and we appreciate all the support 🥰#ShanghaiDragons #Breakthrough pic.twitter.com/NIj3HTPgRq

The first match of the event pitted the Hangzhou Spark against the Dragons. The Spark’s roster remained virtually untouched throughout the offseason save for a few drops, but the Dragons boasted new talent that started the match including Ji-won “Stand1” Seo at main tank and Jae-won “LIP” Lee on DPS (former Contenders player for BlossoM).

The meta was the same as the Overwatch League playoffs so both teams had experience playing in it. The Dragons looked dynamic throughout the match with a solid rotation of DPS players that included LIP, Jin-hyeok “DDing” Yang and former Dynasty star – Byung-sun “Fleta” Kim. The Spark were one of the top teams in 2019, finishing fourth in the standings. Unfortunately, they played below their potential and looked uninspired and much too passive throughout the match. Because of this, they were quickly eliminated by the Dragons 3-0. 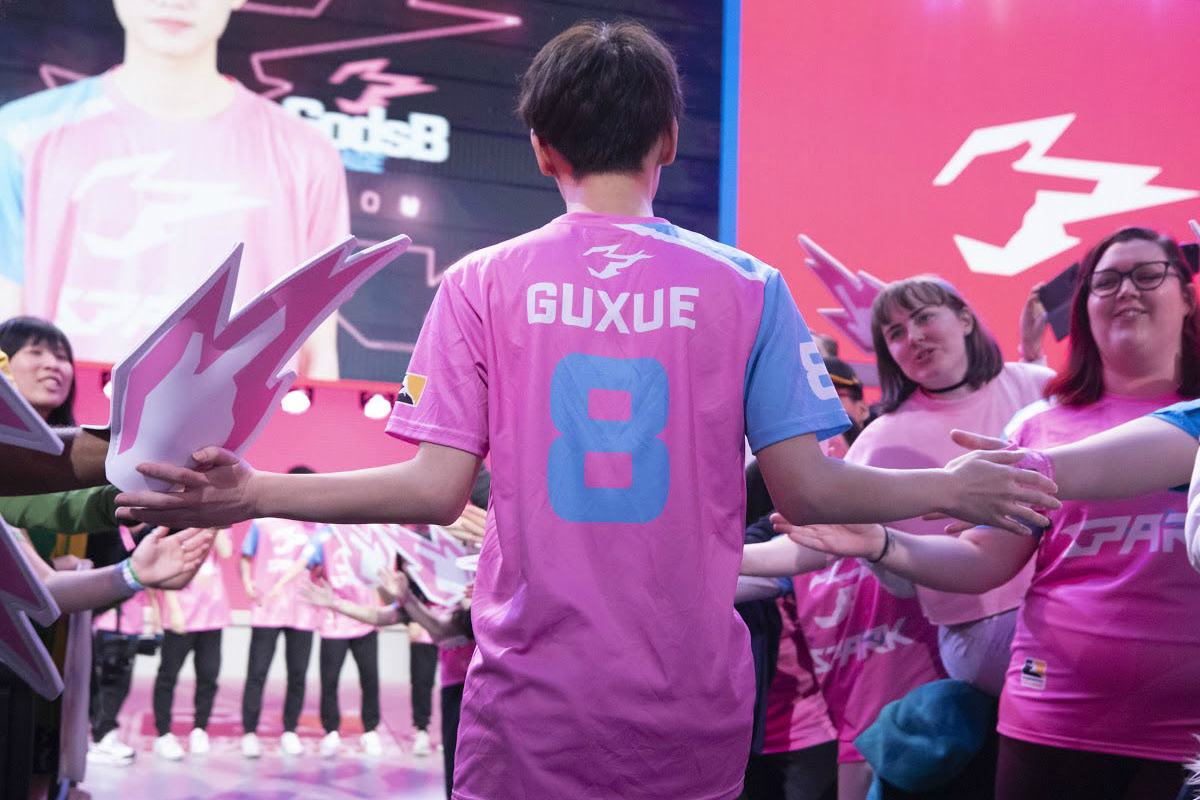 Xu “guxue” Qiulin was an MVP finalist for the 2019 OWL season. (Image via Blizzard Entertainment)

The Chengdu Hunters matched up against the Guangzhou Charge to determine who would play the Dragons in the finals. The Hunters didn’t make a single roster change throughout the offseason while the Charge kept most of their key core players and added some new pieces like Alberto “neptuNo” González, the former main support for the Philadelphia Fusion. The new additions of neptuNo, Qi “Way” Haomiao and Ki-cheol “Cr0ng” Nam got the start for Guangzhou.

The match was close throughout most, though the Hunters went on to win 3-0. Some of the standouts included Charlie “nero” Zwarg for the Charge and Yi “JinMu” Hu who terrorized Guangzhou on Pharah throughout. Huang “leave” Xin made a splash onstage as well after getting the chance to play with the Hunters for the first time since turning 18. The JinMu and leave DPS duo will be scary in 2020. 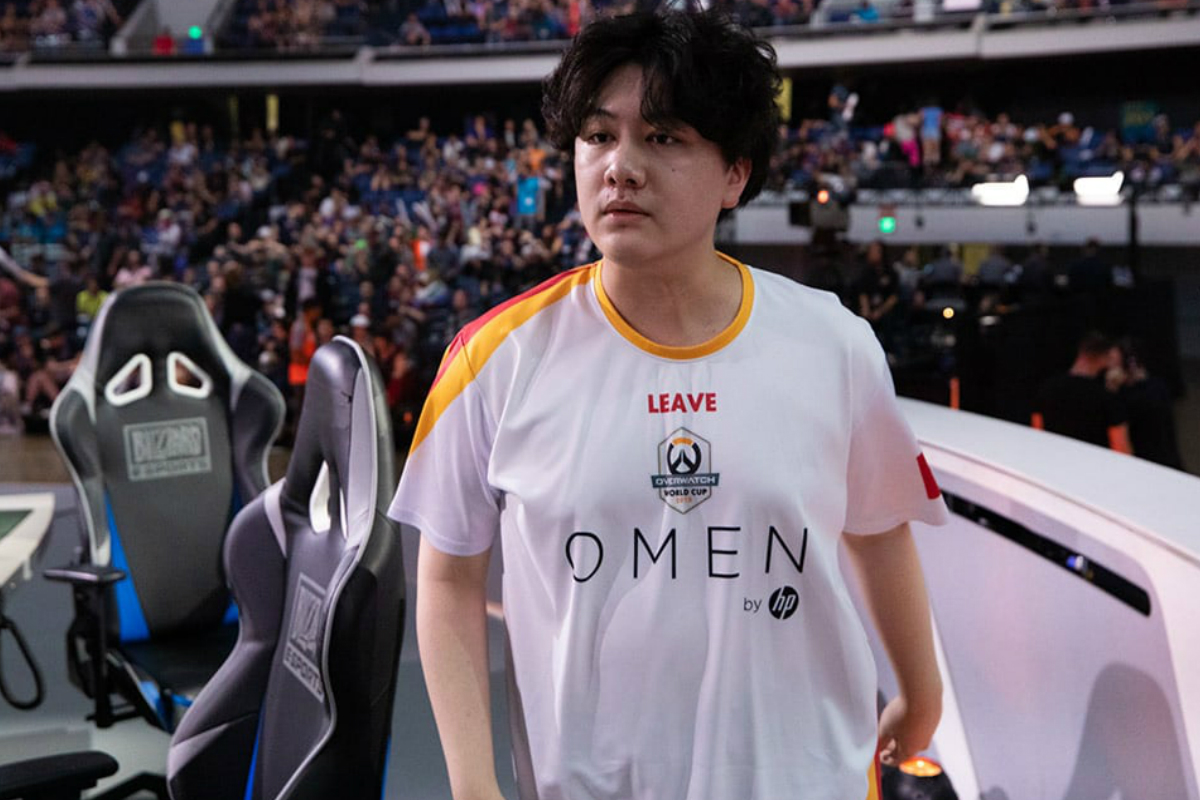 Now 18, leave had his chance to show off his skills in Shanghai. (Image via Blizzard Entertainment)

The Hunters and Dragons provided an interesting final match. Se-yeon “Geguri” Kim played Orisa despite her role as an off-tank throughout the first two seasons of the Overwatch League. Aside from that, both teams played variations of a dive meta which included heroes such as Winston, Sombra and Tracer. LIP and leave were once again the standouts for their teams as well as Fleta and Min-seong “diem” Bae for the Dragons. They have an incredibly strong DPS line heading into 2020 and were able to shut down JinMu. The Dragons went on to win 4-0 after an extremely entertaining match.

The mini-tournament provided some solid Overwatch entertainment while also showcasing new faces for the four teams participating. There were a few standouts throughout the event though including LIP for the Dragons and leave for the Hunters. Both players played lights out and seem to have a bright future in the league. Fleta looked solid in his debut as well.

The event showcased new talent, familiar faces, a brief look into the Chinese teams and the passion that Chinese fans have for Overwatch and esports in general which bodes well for the homestand format during the upcoming year. After a successful event, the 2020 season of Overwatch League can’t come soon enough.