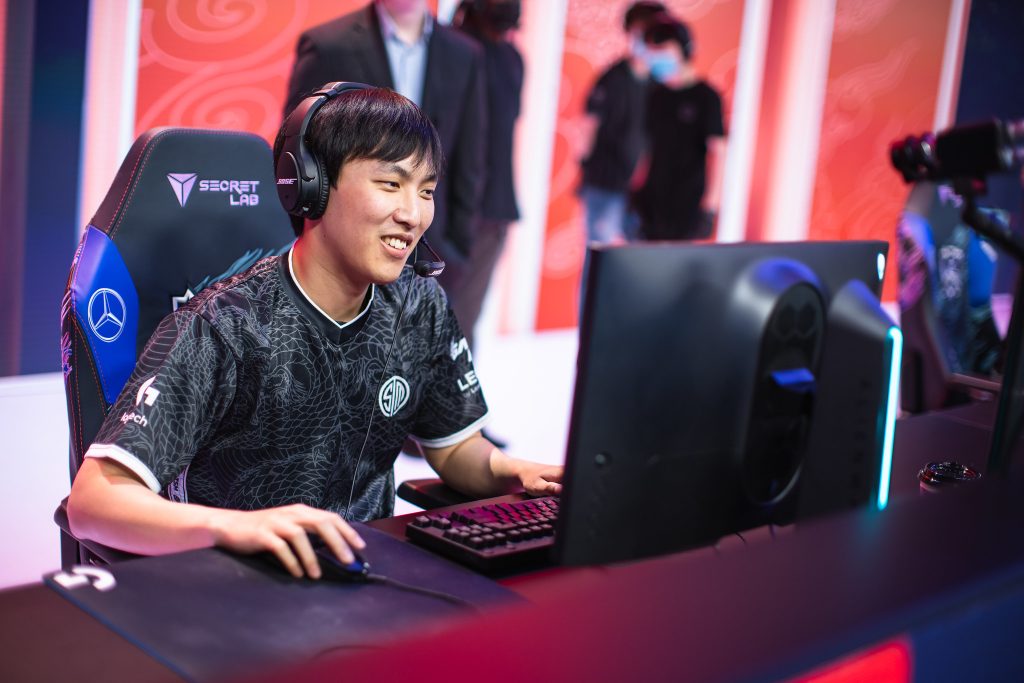 His Worlds 2020 appearance with TSM proved to be the last of the professional carre of Doublelift. (Photo via Yicun Liu | Riot Games)

Star TSM ADC Yiliang “Doublelift” Peng has announced his retirement from professional play. The decision comes on the heels of mid laner Søren “Bjergsen” Bjerg’s decision to step down as a player to become TSM’s head coach.

As he references in his retirement post, Doublelift has been playing since the beginning of competitive League of Legends, starting at the Season 1 World Championship with Epik Gamer. Though he started playing way back in 2011, Doublelift’s exceptional mechanical skill did not translate to team success. Doublelift had moved from Epik Gamer, to UnRestricted Esports, to Team Curse, and finally to Counter Logic Gaming without winning a single event.

However, Doublelift’s success in 2015 set his career on a different trajectory. After a middling finish in the Spring Split, CLG dominated the Summer, culminating in a 3-0 sweep over TSM in the Finals. From that moment on, Doublelift became synonymous with domestic success. Doublelift went on to win 8 of the next 11 LCS splits while playing for TSM and Team Liquid.

Unfortunately, international success still eluded him. Despite playing on the best domestic teams North America had to offer, Doublelift never made it out of the Group Stage at the World Championship. Doublelift’s best international result was finishing as runners up to G2 Esports at MSI 2019, and his final international tournament concluded with TSM becoming the first number one seed to go 0-6 at Worlds.

That disappointment still doesn’t change that Doublelift’s return to TSM helped them get back to the top of the LCS, at least for one season. TSM had not won an LCS split since Doublelift was booted from the team following the 2017 season. Dealing with multiple support changes throughout the Summer, Doublelift became the additional carry that TSM needed to reclaim the LCS championship. It was rumored that Doublelift wanted to play with a more well-regarded support in 2021, but that signing has yet to materialize for TSM.

Doublelift leaves another massive hole for TSM to fill going into 2021. They were fortunate to add Tristan “PowerOfEvil” Schrage to replace Bjergsen, but they might have a harder time finding a new ADC. Most teams already have agreements in place for bot laners, leaving TSM to sift through the leftover options.

Once stocked with Edward “Tactical” Ra and Johnson “Johnsun” Nguyen in their organization, TSM still have the option of calling up Lawrence “Lost” Sze Yuy Hui to their main roster. Lost played well for TSM Academy and no longer counts as an import despite his Oceania residency.

No matter who TSM fills the position with, they and the LCS as a whole are losing a great talent and massive personality in 2021. The LCS won’t look the same without Doublelift and Bjergsen in it.