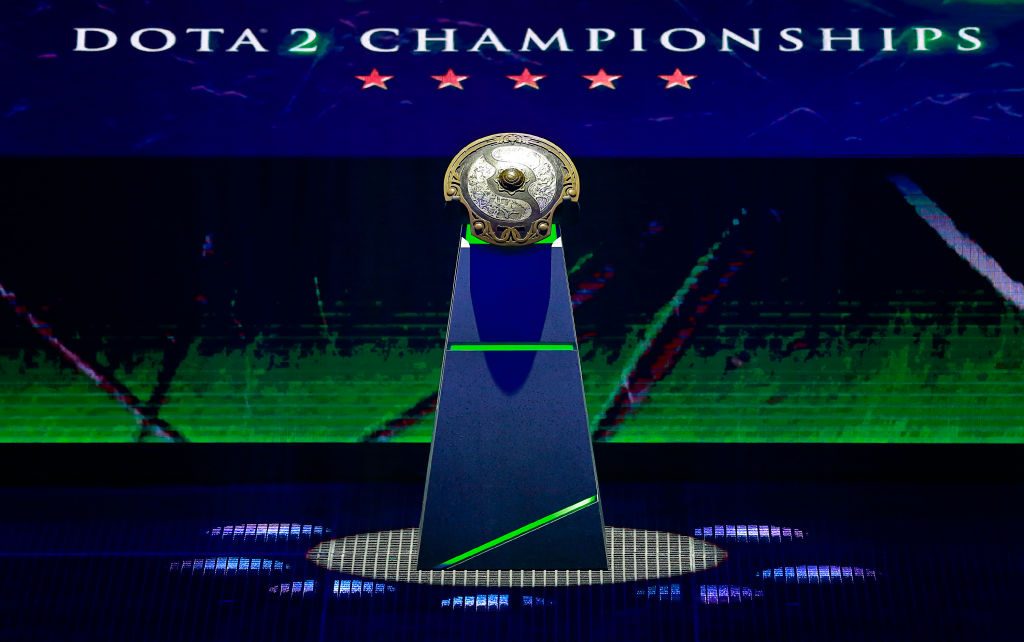 The Aegis of Champions trophy is displayed on the stage during the first day of the International 2018 Dota 2 Championships at Rogers Arena on August 20, 2018 in Vancouver, Canada. (Photo by Jeff Vinnick/Getty Images)

For the seventh consecutive year, the DOTA 2 community has broken the prize pool record. The International is held annually and is continually gaining popularity for its intense matchups and ground-breaking purse size. DOTA 2 has been able to achieve this record each year thanks to its crowdfunding campaign through battle passes and in-game items. So far the campaign has contributed over $24 Million… and the campaign still isn’t over. At the end of 2017’s campaign, the total prize pool for The International 7 was $24,787,916. So far the prize pool is right around $24,859,772. To put this in perspective, the first place team will be taking home just shy of $11 Million.

The International 8 also marks another history-making event as DOTA 2 has taken the largest prize pool of all time in esports. It just marks another year where DOTA 2 has held the crown, as they have held the record each year, and passing it, since The International 4 in 2014. With the game’s developer Valve holding the crown and increasing the prize pool each year, there is no wonder why the 10-day event is record-breaking.

There was a point in the 2018 battle pass campaign that sales were lagging behind The International 7, sometimes as low as 10 percent less. DOTA 2’s developer and publisher decided to release the Battle Level and Treasure Bundle on June 28. It wasn’t until the third level of the bundle was released that Valve finally saw the pot start to grow past the previous year. With no more battle pass incentives left to release, it is doubtful that there will be another surge to the pot amount.

The International 8 is taking place from August 15 to 25 at Rogers Arena in Vancouver, Canada. This groundbreaking event also marks the first time in event history that The International is leaving Valve’s home of Seattle to head out of the country.

Dota 2
Share
Amanda Zelauskas
Amanda has been a gamer ever since she could wrap her fingers around a controller. Her experiences in the gaming industry range from professional competition participation, corporate marketing, all the way to video game reviews. Amanda's entire life has been dedicated to video games, and now her passion is to share her stories and experiences with readers from around the world! Amanda has previously written for Newegg's Gamecrate, ZAM, and Knowtechie.