DOTA Summit 13 Makes Two In A Row For Motivate.Trust 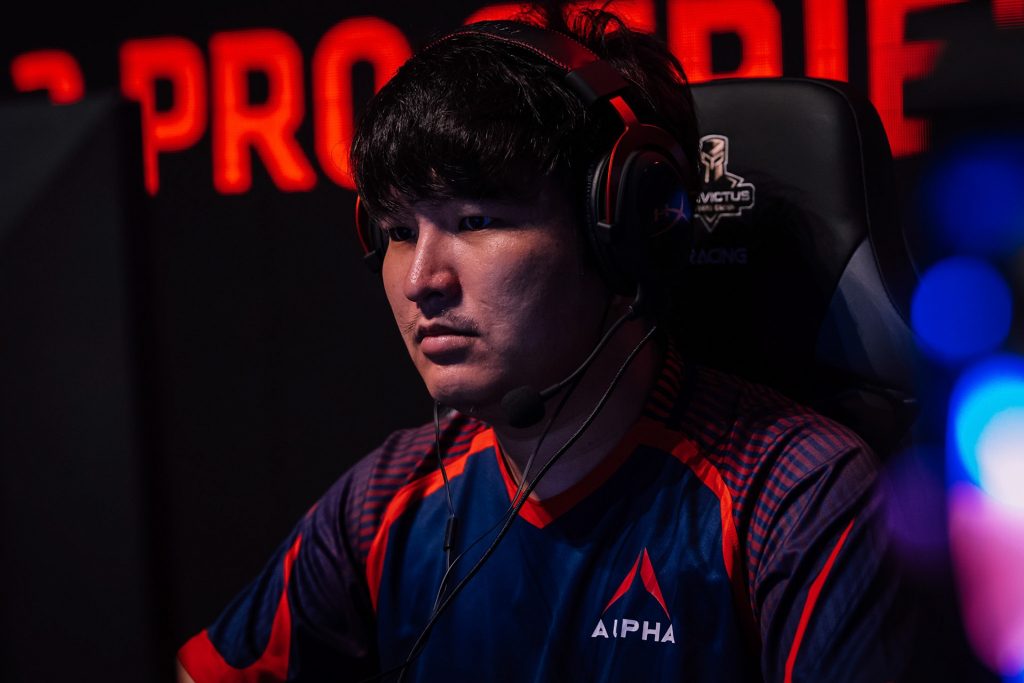 Trust are quickly gaining momentum in Southeast Asia — this now being their second title in the current era of online Dota 2 tournaments. (Photo courtesy Steve Andreou)

A new top dog squad is emerging in the Southeast Asian region. Just a few months after winning the BTS Pro Series Season 3 SEA division, Thailand’s Motivate.Trust Gaming have scored yet another trophy for themselves — this time through DOTA Summit 13.

HUGE Congratulations again to @Motivate_Trust for taking the championship! 🥳🎉🏆

Trust capped off an exceptional run through the group stage and the playoffs with a flawless performance in the Grand Finals, making them $42,000 richer and all the more ready to take on their next challenge. This is the best result for them to date after changing their name from simply Trust Gaming to Motivate.Trust Gaming earlier this year, and it doesn’t look like they’ll be stopping any time soon.

The (First) Seed of Fortune

Trust did not, however, have a completely easy road to the playoffs and the Grand Finals in this one. While they did indeed end up in first place after the final day of the group stage, they had to stomach four map losses on the way to the top spot. Funnily enough, all four of those losses came at the hands of teams that they didn’t even end up facing in the bracket rounds — but nevertheless there were a few bumps here and there that Motivate.Trust had to contend with.

Upon arriving in the playoffs, they immediately dug their feet into the ground and made good on their first seed from the preliminaries with a 2-0 victory over Adroit Esports. The first game of the series went down to the wire, with both teams scoring an equal number of kills throughout the 47 and a half minutes of play. Adroit’s Mc Nicholson “Mac” Villanueva put on a show with his mid Mars pick, setting the table for his team with his 12 minute Blink Dagger timing. This led to him scoring nearly half of Adroit’s kill total at 11 kills.

Mac popping off simply was not enough for Adroit though, as a crucial late game teamfight ended in disaster for them despite having a lead north of 15,000 gold. As was expected, the star carry player Souliya “JaCkky” Khoomphetsavong came through big in the clutch for Motivate.Trust, putting his team on his back when it mattered the most. Down two sets of barracks with a large disadvantage in terms of net worth, JaCkky simply took over in the late game to help swing things back in their favor.

When Adroit’s lead came tumbling down and with their buybacks gone, they realized that they had nothing left in the tank. Score one for Trust.

The second game on the other hand was a stomp going the way of Trust, and was an indication of Adroit wavering after the demoralizing defeat from the first game. Having victory snatched away at the absolute last minute does tend to do that, after all, and it showed after less than 30 minutes of elapsed game time. Trust simply led the way throughout the entire contest, with the net worth lead never dropping off in any significant manner. Every single member of the team including the supports was on fire, and Adroit basically lost the game long before the timer ever got close to the 30 minute mark.

After brushing Adroit aside, their next opponent turned out to be the obvious: Among Us. Given that the stack captained by Carlo “Kuku” Palad is loaded with homegrown Southeast Asian talent proven in big events, it was only a matter of time until these two teams met in the playoffs. This time however, Among Us gave them a run for their money and a reason to be nervous.

The first game in the upper bracket final went to Among Us, thanks in absolutely no small part to the work put in by the young superstar Azel “Abed” Yusop as Void Spirit. His 9-0 performance was superb and highly convincing — though it was pretty much just par for the course for someone of Abed’s skill level. The space he created for his team was very much appreciated by Muhammad “inYourDreaM” Rizky, who was happy to farm tons of gold as Drow Ranger. 856 gold per minute was his final tally, which he leveraged well in order to carry Among Us to victory.

Thus, for once it looked like Among Us would reach the Grand Finals of a SEA online tournament after showing so much promise at the BTS Pro Series — but it seemed that Trust coach and Thai Dota legend Pipat “LaKelz” Prariyachat said just the right things to his players going into the second game. Shrugging off the loss in the first map, Trust then went on a tear in the next, holding Among Us to just 26 kills compared to their 42. The game was more or less even in the laning stage, but Trust applied a vice grip on the contest in the waning minutes of the mid game.

Jackky stays focused on the ancient! @Motivate_Trust take away game 2, forcing a third game for the coveted grand finals slot in the #MonsterEnergyDS13!

They did so primarily by playing through their two main cores JaCkky and Poomipat “Fearless” Trisiripanit, who played Slark and Storm Spirit respectively. Fearless’ performance as Storm Spirit was key in Game 2, beating Abed’s Invoker in the middle lane with the help of Worawit “Q” Mekchai’s soft support Tiny. Though he didn’t exactly snowball out of control following the laning stage, his contributions throughout the early goings were still very much tangible. As for JaCkky, he did the usual JaCkky things: farming well, getting his items at the right times, and overall just being the big raid boss that Among Us certainly did not want to face.

The victory was almost never in doubt throughout the almost 50-minute game, with the only sketchy moment for Trust being the four-for-nothing teamfight loss they suffered in the final minutes. Even that however was not enough to spark the comeback for Among Us, and so the series was forced into a deciding Game 3.

The third game ended up being another fairly comfortable win for Motivate.Trust as they took a whole 15 minutes less to close things out. Offlaner Natthaphon “Masaros” Ouanphakdee was the star in this one, recording 13 kills on Timbersaw against the three Strength heroes of Among Us plus the Morphling played by inYourDreaM. Although he was only second to JaCkky’s Arc Warden in terms of damage output, his disruptive presence in teamfights helped Trust control the pace of the game in a big way.

The fact that they lost their barracks in the middle lane meant very little in the end thanks to him and Masaros as both JaCkky and Masaros made sure that lanes were always pushed out and that Among Us could not advance onto their side of the map. With everyone except for inYourDreaM lacking sorely in items and damage, there was naught that Among Us could do to stop Trust from going to the Grand Finals.

The two squads would meet again in the championship round, thanks to Among Us’ swift elimination of BOOM Esports in the lower bracket final. The stage was set for an epic rematch between the two — but what we got instead was a total thrashing of Kuku and friends by the Thai team. Trust won every single game on their way to a complete sweep of the Grand Finals, utterly removing any doubts about how good they are right now.

Batrider TRIPLE KILL?! @abedyusop can do it all! 🤯

The series started off with a game that went for nearly 52 minutes, giving all of us hope that this would turn out to be a Grand Final series for the ages. The kill score made the first game look like a stomp at 50-23 in favor of Trust, but in reality it was actually more or less even through the first 30 minutes of play. Both teams traded blows in the laning stage and in the mid game, with the lead changing hands a few teams as a result.

However it was the draft that gave Motivate.Trust the edge in the late game, thanks to their genius last pick Riki in the carry position. Every hero on Among Us’ lineup was either spell-dependent or required being in melee range in order to do their jobs, which meant that the sheer chaos that Riki’s Smoke Bomb caused was instrumental in keeping them at bay. True enough, JaCkky played tremendously alongside the rest of his team, notching 15 kills and dying only thrice as Riki. Playing downhill past the 40 minute mark, it was just a matter of time until Trust sealed the deal in the crucial tone-setting first game.

The second game was a bit less back and forth, finishing in 41 and a half minutes and being more in favor of Motivate.Trust overall. The three cores really got going once again, with JaCkky in particular having a grand time as Lifestealer. His 15-2 performance was punctuated by a whopping 47,000 points of damage dealt to enemy heroes, fueled of course by the 20 minute Monkey King Bar timing and the Divine Rapier at the end. The latter was perfect against inYourDreaM’s Phantom Assassin, as the true strike allowed him to face down a hero that would otherwise be one of his worst matchups.

🏆 CHAMPS OF SEA! 🏆@Motivate_Trust STOMP their way to a 3-0 Grand Finals win!

They earn themselves the #MonsterEnergyDS13 Online: SEA title and the lion's share of the $100,000 prizepool!

With their backs against the wall, Among Us tried something a little different by giving Medusa to Abed, but it bore little fruit as the third game ended in just under 31 minutes. The Thais got whatever they wanted in the early game, with both Fearless and JaCkky getting off to starts that most core players could only ever dream of. Fearless’ Void Spirit snowballed at an immense rate, allowing him to get a lightning fast 12 minute Eul’s Scepter of Divinity followed by a 21 minute Aghanim’s Scepter. The game was practically over at that point given that Among Us’ lineup was very weak to silences — compounded by the fact that JaCkky was also playing Faceless Void.

With the overfarmed cores of Motivate.Trust bearing down upon them, there was nothing that could save Among Us from getting ejected from the tournament. This now marks Trust’s second online tournament win in a row, and for them to do it within two months of the last one is quite impressive indeed. It wouldn’t be a stretch to say that they are now the top team in Southeast Asia, and that rival squads will have to find their weaknesses fast or risk being victims of a new era of dominance.

Only time will tell — but things are definitely looking up for Motivate.Trust going forward.