DOTA Summit 11 Will Kick Off Next DPC Season 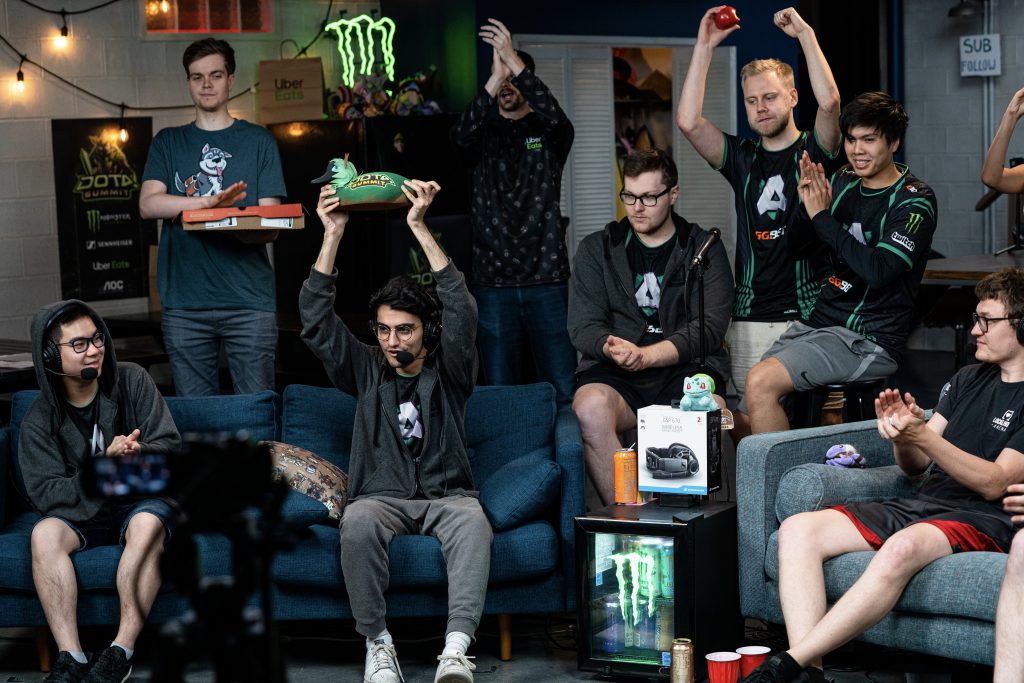 It’s unknown whether Summit will have to “get serious” for the DPC. Seen here, Alliance winning Dota Summit 10(Image via Monster Gaming)

DOTA Summit events are apparently like buses: you wait for ages, and then two come along at the same time. Yes, DOTA Summit 11 has been announced, with a slight wrinkle to the usual proceedings, as this edition will be part of the Dota 2 Pro Circuit 2019-20.

The new DPC season will begin at #DotaSummit 11! This Minor marks the first ever live studio audience for our Dota events. Stay tuned for more info on talent and tickets. pic.twitter.com/rmEwxxAwAm

As per an announcement posted earlier today on the official Beyond the Summit Twitter, DOTA Summit 11 is set to take place on November 7-10 in Los Angeles, offering a US$300,000 prize pool as per DPC standards. The event is set to occur just four months after DOTA Summit 10, a short break in the action after the event’s previous one and a half year postponement. The tweet also details the fact that this will be the first every DOTA Summit event to have a live studio audience.

This change marks a radical departure to the usual format of the Summit tournaments. The event has previously been a much more intimate and small scale affair, known for its casual atmosphere, humorous elements, and overall relaxed feel. Many previous editions have been held in a single house, giving the entire affair a LAN party feel. During the most recent event, DOTA Summit 10, fans had a chance to see a different side of the teams competing, especially eventual winners, and TI9 participants, Alliance.

We are your #DotaSummit 10 Champions!🎉🎊🎉

We take game 3! We get the clean 3-0 sweep and most importantly we claim the magnificent duck trophy! 🏆🦆#LongLiveAlliance #ALLfam pic.twitter.com/qiXL9IhtZ2

In our preamble to DOTA Summit 10, we broke down in more detail some of the unique aspects that have made past events special. Now, with the addition of a live audience, and the greater prominence of the tournament because of its part in the DPC schedule, it’s unknown whether Summit will retain these elements.

#DotaSummit 11 by @BeyondTheSummit is the first Minor of the Dota Pro Circuit 2019-2020. It will kick off from Los Angeles between Nov 7-10, 2019 with the first ever live studio audience.

The road to The International 2020 begins! #DPC #Dota2 pic.twitter.com/fYlno8pCld

Detailed information on the tournament and its format isn’t currently available. Additional background on DOTA Summit 11’s host company, Beyond the Summit, and the entire Summit tournament series is available on their official website.