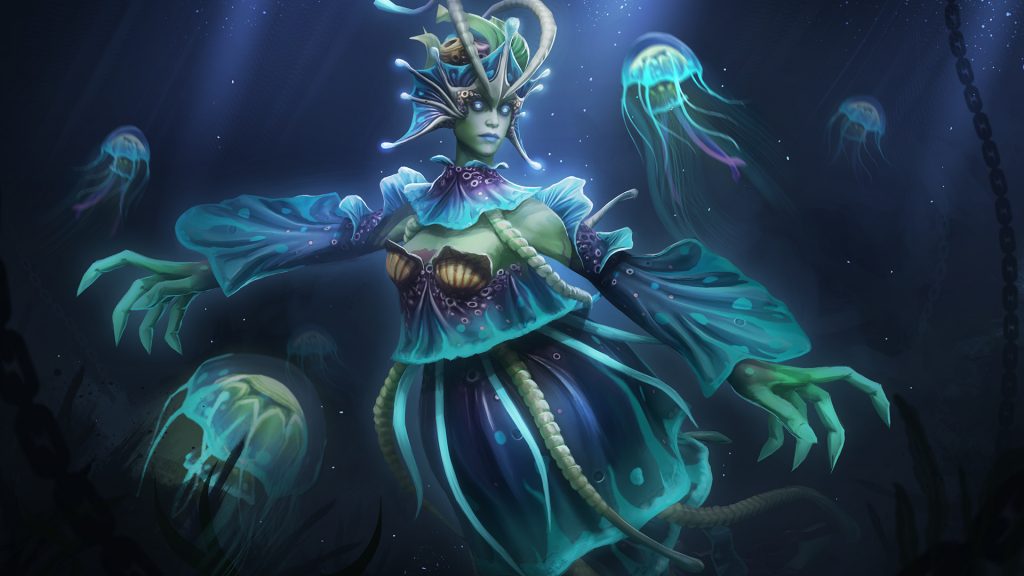 Death Prophet was among the heroes to receive changes in patch 7.26a. (Photo courtesy Valve)

Valve released Patch 7.26a on Tuesday for DOTA 2, making changes to dozens of items and heroes. The changes generally focused on reducing the speed of DOTA 2’s gameplay by nerfing movement speed for some heroes, reducing the movement buffs tied to various items, and increasing the cost of early game Auras. This update supports the broader changes made in Patch 7.26 on April 17th, which were intended to slow the game down.

The 7.26a Gameplay Update has been released https://t.co/NScn0ca04K

Patch 7.26a featured a significant nerf to boots across the board, switching their movement buff  from being percentage base to being a set amount. For example, rather than Boots of Speed offering a 15% increase in movement they will not offer you a flat +45 increase to movement. This change reverted the movement changes made back in patch 7.2, which made fast heroes much faster and disproportionately punished slow heroes.

On top of the numerous speed changes, the patch also made a number of other notable changes to Yasha items and Auras.

The Yasha item buffs were switched from flat increase in damage to a percentage. For example, Yasha was changed from +20 damage to +8%. Other Yasha Items like Manta Style and Trident were also switched to percentage buffs. This means that Yasha items will be stronger for heroes with a higher base damage.

Valve increased the cost of all Aura recipes, presumably to prevent them from being so powerful in the early game. The gold needed to purchase various Auras went up by as little as 50 gold and by as much as 250 gold.  Auras have been an essential element in the recent early push deathball meta, so the increased price should help slow down that meta.

The patch also brought a few changes to Auras. Silver Edge lost its health regen effect, making it a slightly less valuable pick. Eye of Skadi was buffed and will now emit an aura that reduces regen, healing, and lifesteal by 35%. These changes will make the item a much better pick against lifestealing opponents.

The changes introduced in Patch 7.26a should help curb the power of the current DOTA 2 deathball meta and slow matches down significantly. If you are interested in the full changes, you can check out the patch notes.

Dota 2
Share
Aaron Alford
Aaron is a 25 year old esports journalist who has worked with dotesports.com, upcomer.com, qrank.gg, among others. Aaron completed a Master's degree in Communication from the University of Dayton in 2018 (Go Flyers). Aaron has also worked as a national circuit debate coach and communication manager for emerging technology companies.
Follow me