Dota Hasn’t Slowed Down… Yet 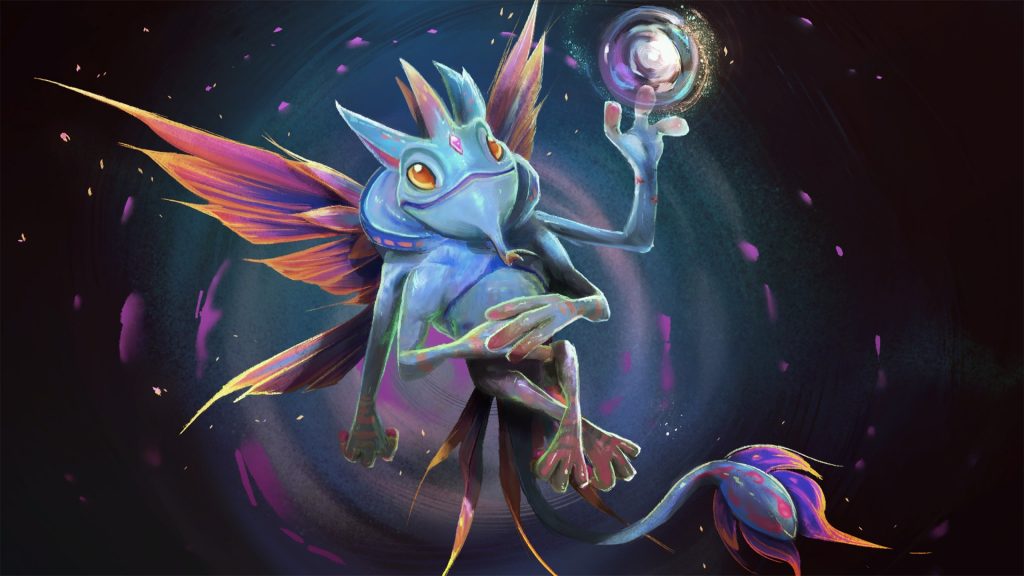 Tempo-based heroes will enjoy this patch and the quickened pace they can play at. (Photo courtesy Valve)

When Valve applied Patch 7.26 to Dota 2 last Saturday, our initial impression was that the game would slow down and that matches would take longer. This assumption operated on the fact that the overall reduction of the total gold available on the map was reduced across the board, making it more difficult for everyone to farm and hit their typical item timings from before the update.

The logical conclusion from this assumption is that late game carries, in particular, would have a resurgence. With tempo controlling cores in the mid lane and offlane positions having to work harder to achieve their item timings, it stands to reason that they would not be able to put as much pressure on hard carries as they try to avoid fighting early in favor of killing creeps instead.

And it’s hard to blame anyone that thought this was what would happen. It’s highly likely that IceFrog and the rest of the balance team over at Valve made these changes to lengthen the individual phases of each game; those being the early, mid, and late game phases. Even caster and analyst Brian “BSJ” Canavan mentioned this in his early 7.26 impressions video, stating that the pace of Dota 2 would decrease as a consequence of the systemic changes.

But there’s one thing that Valve forgot to change while trying to dial back the breakneck pace of Dota 2 as of late: the experience curve. While it is true that creep kills now give ten percent less gold, the amount of experience required to level up remained completely untouched through Patch 7.26. It still takes 230 experience points for heroes to go from level 1 to level 2, 810 points to go from level 9 to level 10, and so on.

This “oversight” on Valve’s part (if they really intended to make Dota 2 games last longer, that is) actually has the opposite effect. Because the experience curve is the same as before, this means that heroes that scale better with levels than items and sheer net worth are stronger now and can apply a ton of pressure on late game heroes much earlier. Explosive, snowball-dependent cores are now free to terrorize the lanes at their leisure, all while farm-heavy heroes are at their most vulnerable.

Add the existence of outposts to the equation, and the problem becomes worse for carries that require the game to go past the 40 minute mark in order to be effective. If the team playing against such a carry is diligent with capturing outposts every ten minutes for the experience bonus, it’s very likely that they will be able to close out the game way before the carry ever becomes a threat. Picks like Spectre, Medusa, and Anti-Mage lose out as a result. They will not be able to farm in peace if the metagame shifts this way, and it wouldn’t be surprising to see them ignored completely in favor of position 1 heroes that come online a lot faster.

And until Valve decides to remedy this either by increasing the experience required per level or by reducing the experience given by creeps and heroes on death, picks with powerful early to mid game-focused kits will shine through. If your only goal in the interim is to gain MMR, we highly recommend taking advantage of this—especially in the lower tiers of ranked matchmaking where players will likely still think that the patch is made for hypercarries.

Supports and tempo controlling mid laners benefit the most from this patch, since they are typically designed to scale with levels and not need as many items to start doing their thing. On that note, here are some picks we think you should consider while IceFrog thinks of a way to fix this:

Queen of Pain was already a great pick in 7.25 onwards, especially after the huge buff to Shadow Strike and its movement speed reduction on the target. She is perhaps the quintessential “levels are king” hero, needing only experience for the most part to become an oppressive force on the map.

Even with the removal of spell amplification from intelligence in 7.26, her potency in ganking will still be very valuable against greedier lineups.

Now is the time for the classic hyper-aggressive Puck playstyle to return. Much like Queen of Pain, Puck is very powerful with levels, and offers a bit more utility in the form of Waning Rift’s silence and Dream Coil’s leash mechanic.

Puck deals a ton of magic damage in the mid game and is a disruptive force of nature—which are exactly what you need to keep position 1 heroes from getting off the ground at all.

We talked about how great Lich is in 7.25c, thanks to his independent nature as a hard support hero and the simplicity of his game plan and execution thereof. With levels now being more valuable, the ice-cold sorcerer should become even more dangerous in 7.26.

Position 5 players should abuse Lich as much as possible before Valve decides to put a stop to this meta.

Snapfire has been a premier pick in the support slot for a long time now. In fact, she’s been a top tier choice ever since she was released in 7.23, due in no small part to how effective her spells are in the lane right from the start.

Paired with the hero, she can dominate the laning phase like nobody’s business. This is of course important in keeping carries down early and often, making her a stellar pick against a farm-dependent lane.

Not to be outdone by the hero that entered Dota 2 alongside him (that being Snapfire), Void Spirit will definitely thrive in a metagame like this. With so much mobility and burst damage to work with as long as he gets levels, Void Spirit can dumpster greedy drafts day in and day out.

The best part? He can be played in almost every position, thus making him a versatile pick that doesn’t immediately give away your team’s win condition in the drafting phase.

It’s only a matter of time before this window closes, once the Dota 2 balance team realizes that the initial changes did not affect the game the way they had intended. If we had to hazard a guess, we think that they’ll be doing something about this by next week at the latest.

So if you’ve got MMR to gain, we suggest hitting the ladder now while the opportunity is available, and drafting accordingly with all this in mind!