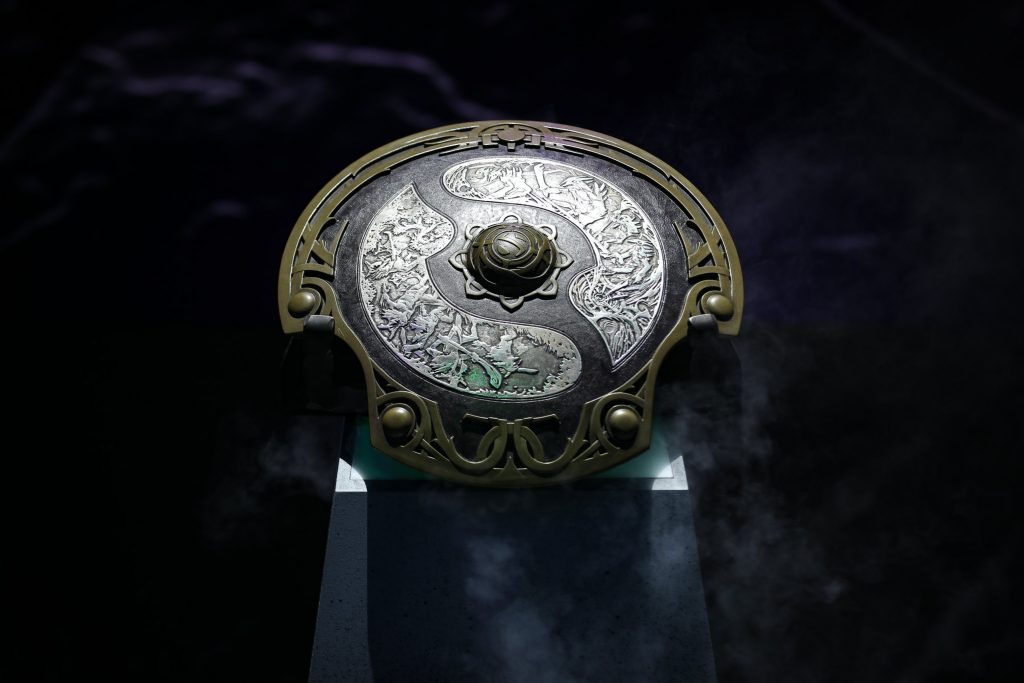 It's that time of year! TI9 predictions time! (Image via Valve)

With the group stage of The International 2019, Hotspawn staff sat down to discuss predictions for the event. While we’re all eager to see how the first China-hosted TI will turn out, we don’t always see eye-to-eye when it comes to which teams are strongest and which are at risk of disappointing placements. Hotspawn staff came together to share our thoughts and TI9 predictions.

Check out our predictions and then tell us on social media what we got right or wrong!

Name a few teams you think are likely to make it to the top four.

Chelsea Jack: Team Secret, PSG.LGD, Evil Geniuses…. They’ve all been up at the top of competition across the season, and I think they’ll carry through TI9 with their consistency!

Gillian Linscott: In no particular order – Vici Gaming, Evil Geniuses, Team Secret, and Ninjas in Pyjamas. They’ve been pretty consistent throughout the DPC and I think that they all have the potential to claim the Aegis for their own.

Michael Hassall: Virtus.pro, Team Secret, Vici Gaming. Consistent teams who at various points in the season have looked like the best teams in the world.

Joe Gstettner: Team Secret, Virtus Pro and EG. All of them had a great season and know how to rock the big stage.

Which teams do you think could finish in the bottom four?

Chelsea: Infamous, Royal Never Give Up and Keen Gaming are the teams I’d put the biggest question marks around.

Gillian: Royal Never Give Up, Chaos Esports Club, Keen Gaming, and probably Infamous. I think these teams are really going to struggle against the top tier organizations like Team Secret or Virtus.Pro.

Michael: Mineski and Royal Never Give Up are going to be long shots. Infamous is definitely in that group as well.

Joe: Infamous and NaVi will have a hard time in China. They are not on the same level as the others at the moment.

Which team could come out of nowhere to defy pundits by winning it all?

Chelsea: TNC Predator. I don’t think we’ve seen their ceiling – could it be winning TI? Besides which, it should certainly be SEA’s year to win by now!

Gillian: Alliance. I think that they’ve grown so much over the past year and I think that most teams will not be preparing for them like they will for other teams.

Michael: I’m biased because I love the team, but Alliance. No one expects it, but exactly the type of team that could pull off an upset.

Joe: I would love to see an absolute underdog like Chaos Gaming to surprise us all. Misery knows how this feels after the TI 2016 run.

Which team is most likely to drop out earlier than expected?

Chelsea: Evil Geniuses. I love this squad, and I want to see them do well. They’ve been third place a lot this year and I expect them to place highly, but there’s something about this roster that feels not quite comfortable. I wouldn’t be shocked if they stall out in an early round.

Gillian: OG. I think a lot of people are still hyped from their win last year and forget that they really haven’t performed all that well this year. I don’t think they are the unstoppable powerhouse that they were last year and I think their performance is going to shock a lot of fans this year.

Michael: OG. I don’t think they’ve proved they can beat top, or even mid-level teams consistently this year. If they come up against Team Secret, or even Ninjas in Pyjamas early, they’re out.

Joe: Vici Gaming. As TI takes place in China, the pressure for the Chinese teams is so high. And so are their own expectations. I would love to see all home teams to come far as this will keep the crowd excited, but I don’t think they can push through.

Which team do you think other teams have their eyes on?

Chelsea: I think squads would be wise to keep an eye on Vici Gaming. They won EPICENTER and they’ll be the hometown heroes. If Secret had performed better at EPICENTER, I’d pin it on them, but they looked beatable there, and that might be enough to deflect some attention.

Gillian: I think Team Secret is definitely a team that players will be looking out for as with Virtus.Pro. Those two teams have been very strong over the past year and they finished with more than double EG’s points in the DPC this season.

Michael: Team Secret has the biggest target on it’s back for sure. Their poor performance at EPICENTER has other teams smelling blood in the water. This has been the team to beat all year, and now they’re showing weakness.

Joe: It’s Team Secret all other teams are looking for. They had such a great DPC season, and everyone is waiting for the next Puppey drafting surprise.

Who do you predict will win TI9?

Chelsea: Team Secret. It’s been a while since we’ve seen the leaders in the season also take the Aegis. Their performance at the EPICENTER Major could be seen as a sign that they could be our “out of gas” team, but maybe they were just taking a much-deserved break!

Gillian: Team Secret. They are at the top of their game and have been pretty unstoppable all season. They’ve slipped up a few times but who hasn’t? EPICENTER was the last tournament of the DPC and they had secured their way to TI so I’ll consider their placing at EPICENTER ‘break’ tournament for them.

Michael: Virtus.pro. They seemed to fall off at the end of the DPC season, but I don’t think that’s a true indication of their potential. By the time they were scoring third and seventh place finishes, they were already guaranteed a trip to The International, and I don’t think their heart was in it. At TI9, they’ll be playing for keeps.

Joe: PSG.LGD. If they can channel the energy of the audience and keep their heads clear, PSG.LGD has everything to win TI. Now it’s time for an Eastern team again to claim the Aegis and in Shanghai, this team will be a Chinese powerhouse.

Dota 2
Share
Hotspawn Team
Built from the ground up as a hub for all things esports, Hotspawn’s goal is to provide all the information and tools you need to be the best player/fan you can be.
Follow me