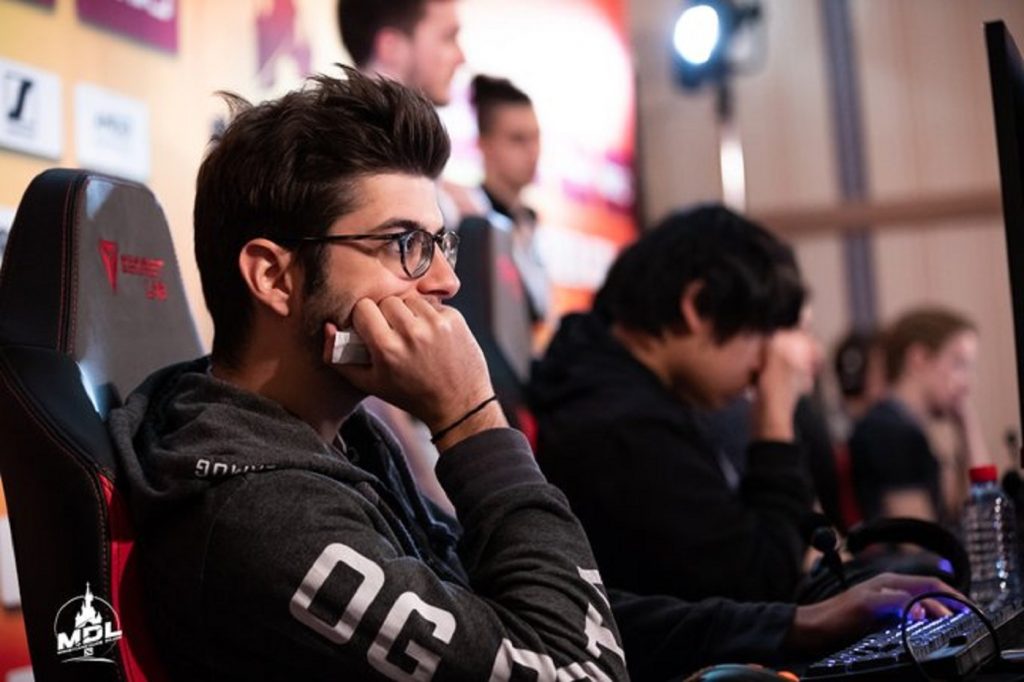 Sébastien "7ckngMad" Debs, aka Ceb, of OG finds himself at the center of yet-another Dota 2 racism incident. (Image courtesy of MDL)

Racism is back in the news, as Dota 2 continues to be a pit of hostility and wildly inappropriate behavior. It was only six months ago when we were discussing Carlos “Kuku” Palad, TNC Predator and Valve’s decision to ban the player from the Chongqing Major after he used racist language aimed at Chinese players. Fast-forward to today, and Sébastien “7ckngMad” Debs, aka Ceb, of OG is at the center of the current allegations. He’s accused of using inflammatory language targeting Russians.

The drama began May 23, when a Reddit user posted a long breakdown of a game he had played with the professional player earlier in the day. The individual, who introduced himself as Maxim, described a game in which he felt Ceb made some misplays, he taunted Ceb for it, and then they “had an unpleasant dialogue.” The complaint included screencaps of chat messages within the team’s channel, in which Ceb used prejudicial language regarding Russians as well as ableist language.

Ceb followed up with a response within two hours. He expressed that the tone of the game, in which the person playing Storm Spirit (the Reddit poster) was being especially toxic and game-ruining, pushed Ceb to lose his temper. Ceb indicated that he was not targeting the entire Russian community, but rather was referring specifically to the two Russian players in the game when he used “russians” in the chat.

In the response, Ceb apologizes for losing his temper in the game, for the words that he used and acknowledges that he has set a poor example. He is adamant that, “As for the ‘community attacks’, there was none of that, and there never will be coming from me.”

Alexei “Solo” Berezin of Virtus.pro posted today to Russian site Vk with his thoughts on the situation. He expresses his disappointment in Ceb’s behavior – “You simply can’t say these things no matter what caused them.” Solo then points out that, “If the best players in the world do those things, what do we expect from our community?” Certainly, the Dota 2 community has struggled with toxicity, and it does fall to professional players and other Dota 2 community leaders to set the tone. Losing one’s temper without going to a racist or xenophobic (or sexist, transphobic, homophobic, ableist….) place is certainly possible.

In his response to the Ceb incident, Solo cites the Kuku incident and the punishment he incurred, before going on to say, “I’ve done my mistakes in the past and took my punishment, but kept loyal to the game. I think I’ve earned the right to speak on behalf of our community and demand justice. Otherwise it’s all hypocrisy and double standards.” Solo received a lifetime ban from Dota 2 in 2013 that was commuted to one year for match-fixing/betting fraud. Regrettably, that incident has been transformed into the 322 meme, a reference to the alleged amount Solo was to receive.

Solo goes on to say that, “I won’t be participating at the upcoming Epicenter Major that will be played in my home country unless Valve openly speaks about this case and ensures consistency and transparency when it comes to treating racism in our game.”

It does seem like history is repeating itself here. Following the initial development of the Kuku situation, respected Chinese player, Xu “BurNIng” Zhilei, spoke out on Weibo. He shared the responses he had received from Valve regarding the incident. The bottom line in that incident seemed to be how the team of the player involved handled the issue.

Ultimately, Valve docked 20% of TNC Predator’s Dota 2 Pro Circuit points and banned Kuku from the Chongqing Major as a response to how TNC handled the incident. By comparison, there had been a not-dissimilar prior episode involving Rolen Andrei Gabriel “Skemberlu” Ong when he played for Complexity Gaming. In that incident, Complexity quickly issued their own punishment for the player, and Valve remained hands off.

Valve has yet to respond publicly to the incident and there’s no official word from OG yet either. Solo’s potential boycott of the EPICENTER Major would certainly disappoint the hometown crowd, but Virtus.pro has already secured their invitation to The International 2019. OG sits in a precarious tenth place in the Dota 2 Pro Circuit. Being docked points and/or losing Ceb to a ban for the final Major in the Circuit could be disastrous for the team.

Several Russian players and talent have spoken on the subject. One person who spoke, not only to Ceb’s behavior but to the broader situation (at least in reddit translation provided by poster Golden_Lining), was Vitalii Nikolaevich “v1lat” Volochai, a prominent Ukraninan caster. He wrote, “Hate generates only hate.” and then, “I am one of the reasons why our community is so toxic. I acknowledge that. That’s why my urging for everybody to “live in peace” is nothing to many community members. But I do believe that we are able to live without this racist s***.” By acknowledging his own contributions, v1lat took some responsibility as a public figure in the community for the current state of behavior in the game. Of course, it’s not v1lat’s responsibility alone, but rather a combination of all the examples set by public figures that help establish what is an “acceptable” tone, with the actual behavior of each player, professional and amateur, layered on top.

On the morning of May 25, Ceb issued a second statement entitled “One day wiser.”

In the statement, Ceb expresses that”I am ashamed of my behaviour for two reasons.” The first reason is that he let his emotions get the better of him. The second is that he recognizes he has become a public figure, and “not only did I offend many people, but I also let down those who believed in me.” He also expresses particular shame and pain for having hurt the Russian community, citing how much he respects and admires Russian culture. Ceb indicates he has played with many CIS players professionally and that “Because all I’ve gotten out of [interaction with the Russian community] so far is love, and I’ve always tried to give them that love back.” Speaking directly to the Russian community, he writes, “I hope that one day or another, with time and effort, I will be able to redeem myself with you and earn your forgiveness.”

Ceb’s statement ends with the indication that he will participate in a question and answer session to be hosted by RuHub, the Russian casting studio, at 12 a.m. CET on May 26. The video of that is now viewable.

Ceb’s Q&A on May 26 saw him speak for nearly forty minutes with Dmitry “CrystalMay” Korchevinin. They covered many of the questions the community has been asking.

Ceb said he will meet with OG management after ESL One Birmingham 2019 to formally discuss the situation. He indicated both a desire to make it right with them, but also to pursue his own methods of making amends.

What about Valve? Ceb reiterated that he knows he made a mistake and is open to whatever may come.

The overall tone of the sessions was contrite. Ceb repeatedly acknowledged and took responsibility for his own actions.

Ceb indicated that he has signaled to OG his desire to work with Virtus.pro to make something positive come out of the situation.

Confirming that, Solo posted again to VK to state that he, Ceb and Valve had been in conversation over the past days. His complete statement is reproduced here:

“Over the last 48 hours we’ve had detailed discussions with Seb and Valve about this whole situation. We’re working on a long-term solution together but it’ll obviously take some time. All I can say now is that I’m glad that everyone is on the same page about what we need to do, how we need to do it, and having support from Valve makes me optimistic about our ability to tackle racism. Right now we all need to calm down and focus on the new patch, upcoming tournaments and game we all love. We’ll update you when we finalize the solution for this.”

What shape that solution will take is very unclear. Valve’s participation, however, has been requested by many, so the assurance that they are participating in the conversation may go a long way.

Can something positive come out of this episode? Potentially, especially if visible members of the community can engage in good faith conversations about steps to take moving forward. In the course of the interview, Ceb mentioned several times the potential for growth and positive initiatives for the future. While there haven’t been any (visible) lasting efforts in the past at a community-level, Ceb and Solo certainly have the prominence to make something stick if they are committed.