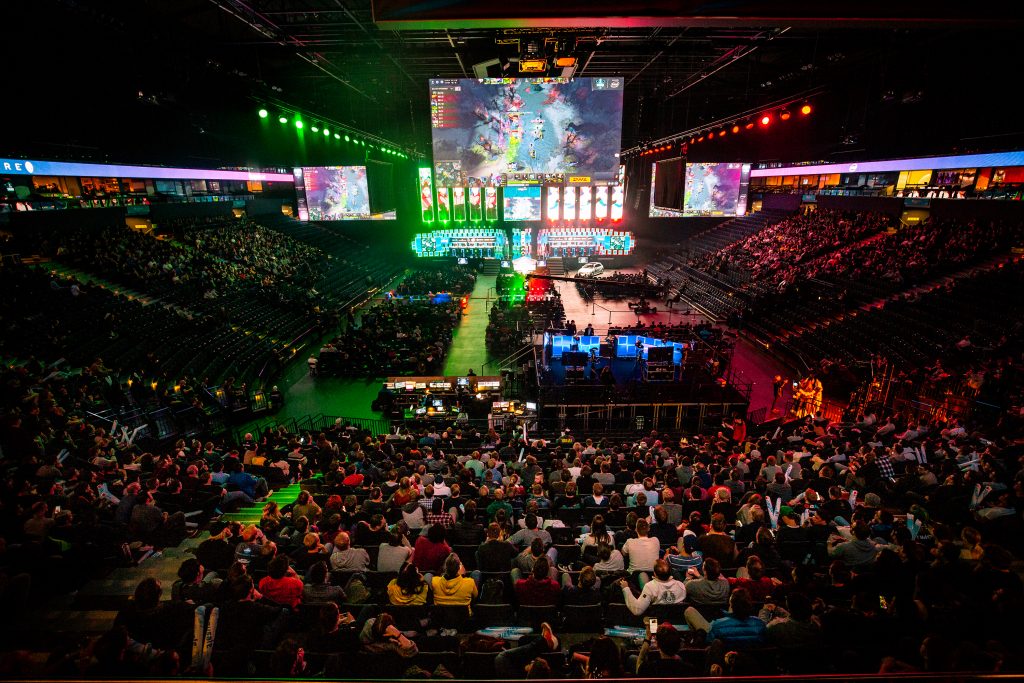 Here are all the latest Dota 2 roster changes:

As of December 25, 2018, Rinat “KingR” Abdullin and Ivan “VANSKOR” Skorokhod have moved to the bench to make way for Artem “fng” Barshak and Alexander “Immersion” Khmelevskoy. The official announcement says that the latter two are “on loan, from Team Spirit and Espada respectively.” The two official Gambit players will continue to participate in training and media activities, so presumably, there’s no expectation that they will appear on new teams shortly.

Implication: The temporary new roster debuted during WePlay!’s Winter Madness tournament, having made it to the semifinals at the time of publication. The squad’s real test will be the upcoming Bucharest Minor, beginning January 9.

On January 3, 2019, OG announced the departure of Per Anders “Pajkatt” Olsson Lille. The announcement indicated that the team was just not coming together, despite Pajkatt being a “very mechanically gifted player, a great DotA mind but also a truly professional team member.” It seems to have been an amicable departure.

Добро пожаловать Игорь!
We're glad to welcome iLTW, standing in as our pos 1 player.
See you at 17:00 CET for our #WePlayDota2 match today against @VegaSquadron#DreamOG pic.twitter.com/lthbZxbtlT

The next day, January 4, the team tweeted that Igor “iLTW” Filatov would be joining the squad as their new position one player. There’s no indication if this will be a long-term arrangement or if iLTW joins the squad so they can complete the WePlay! Winter Madness tournament.

Implication: Last year, OG took a long time to make roster changes. Then, in May and June, there was a flurry of very quick roster updates that positioned the team to win The International 8. Maybe this quick turn around is just what the veteran squad needs to succeed at the Bucharest Minor next week?

Implication: This isn’t a roster change, but is an important pick-up by an organization. They’ll continue to represent South America, and are strong within that region. A solid showing at the Chongqing Major would be a nice way to debut Chaos internationally.

Team Spirit parted ways with its Dota 2 team on January 17.

The squad had struggled to qualify for significant tournaments, though they did win I Can’t Believe It’s Not Summit! in mid-December.

On January 18, Troels “syndereN” Nielsen announced that he had formed a stack with Alexander “DkPhobos” Kucheria and three of the former-Spirit players: Oliver Lepko, Leon “Nine” Kirilin and Malthe “Biver” Winther.

Implication: Team Spirit was close this season to breaking through in first the CIS and then the EU region. Unfortunately, they never quite got it together enough to make it to a DPC event. This new team faces Open Qualifiers before they can even enter the stacked EU field to qualify for the next set of big tournaments. It’s daunting, but maybe renovating the former Team Spirit will give them a head start?

Vega Squadron is hoping a new mid-player unlocks success. They announced that Anas “MagE-” Hirzallah would be leaving the team as they sought a mid-player with a different playstyle. For the Stockholm Major Open Qualifiers, they had Dmitri “DM” Dorokhin stand-in.

Implication: Vega snagged a spot in the Europe Regional Qualifier with only a short period of time to unite around DM. He’s a relative unknown—Vega touted his “top-15 of EU MMR ladder” status and pointed to a few stand-in experiences he’d had prior to playing for them. Give him some time to settle into the team, maybe he’ll be the new hotshot mid player to watch!

The team picked up two iconic players: Chai “Mushi” Yee Fung, an SEA legend, and Danil “Dendi” Ishutin, one of the faces of Dota 2.

A long time rival to our players, now ally. Let’s welcome Danil "Dendi" Ishutin as the 5th member to join the Tigers family today! Bringing the team to a full roster. Fans of Tigers, we want to share this experience with you. Meet the new members of @tigers_dota . #roartigers pic.twitter.com/w75zbAg7yZ

Later in the week, Natus Vincere, the organization that Dendi’s been with since the beginning of Dota 2, clarified that he is still on contract with them. It’s unclear how long he will play with Tigers, but it’s a treat to see him playing in the SEA region.

Implication: Tigers played the Open Qualifiers for the Stockholm Major over the past few days and came up short. Hopefully, they’ll have enough time to get it together for the Minor qualifiers. The roster is one many fans will want to see succeed, so hopefully, the team can find some synergy together.

Newbee has struggled to find consistent success since placing second at The International 2017. They’re tinkering with their roster again this week, moving Xu “Moogy” Han back to active status after a two-month-long break.

Joining the squad is Thiay “JT-” Jun Wen, on loan from Mineski. He will play offlane, while He “Inflame” Yongzheng remains benched since the beginning of December.

Implication: Players on loan don’t seem like a long-term strategy for success, but maybe this shake-up will give the struggling Chinese squad what they need to give the second half of the season a good run. They’ve secured a spot in the Regional Qualifier for the Stockholm Major by winning the second Open Qualifier for China—a good start!

The CIS squad surprised everyone last year by storming through to the International 2018 (TI8). This year, they’ve come up a little short in qualifiers. They’ve announced some big changes to try to shake things up. Andrey “ALWAYSWANNAFLY” Bondarenko has left the team, and Mikhail “Misha” Agatov is joining it. Misha previously played for ESPADA, the team Winstrike beat to qualify for TI8.

Official news:
🚀 Yamich is still our standin
🚀 AWF is leaving, and we'll be playing with Mikhail Misha Agatov instead
🚀 @ArtStylee is our new coach

Additionally, Winstrike has picked up Ivan “Artstyle” Antonov. Artstyle’s been a CIS staple for years and most recently coached Virtus.pro through several impressive wins.

Implication: A coach with Artstyle’s experience and insights could be the secret weapon that Winstrike needs make an impact on the rest of the Dota 2 Pro Circuit season. This could be a team to watch in the CIS region.

The Peruvian squad had placed last at the Bucharest Minor and is looking for stronger results moving forward.

Implication: Jeimari and Scofield are familiar faces in the South American scene. It’s unclear whether they’re the key to international success for Playmakers. They will debut as a team during the Regional Qualifiers for the Stockholm Major.

Founding member Jonas “jonassomfan” Lindholm left the all-Swedish The Final Tribe (TFT) this week. TFT has struggled a bit in the packed European region. They’re competing in the Open Qualifiers for the Europe Regional Qualifier for the Stockholm Major this week, with Andreas “Xibbe” Ragnemain who may be best known for placing first during the Heroes of Newarth Tour World Finals in 2017.

Implication: No word on whether Xibbe is a permanent member of the squad. He would maintain the all-Swedish nature of TFT, but more importantly, can he help tip them into contention in a field that includes teams like Team Secret, Team Liquid and OG?