Dota 2 Roster Changes: The Pressure is On 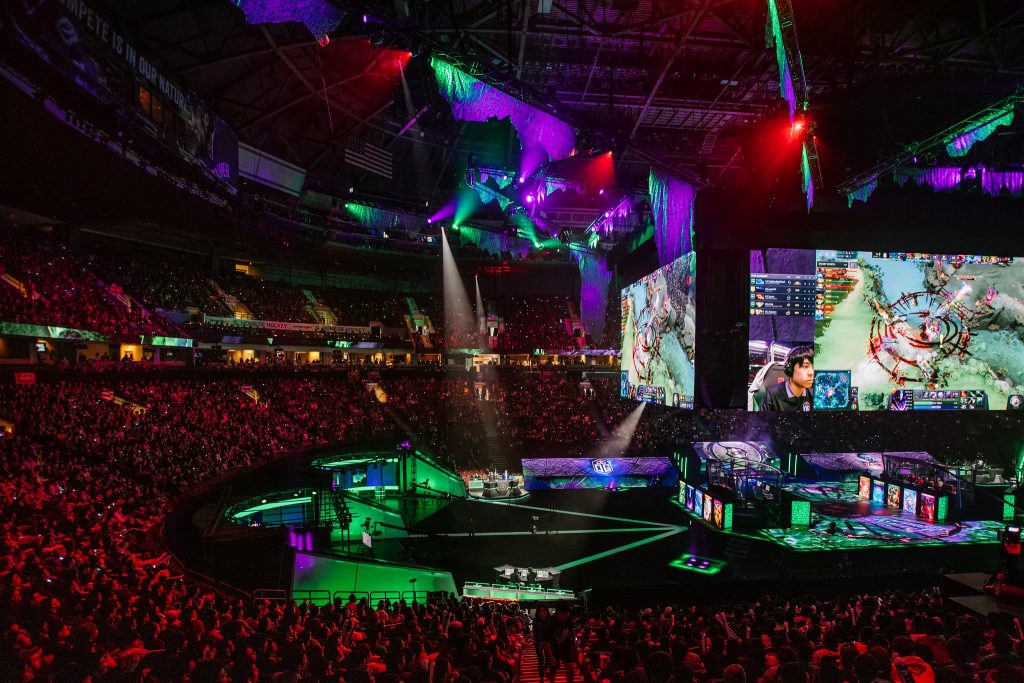 Dota 2 roster changes heat up as we head into the end of the DPC season. (Photo courtesy of Valve)

For players who haven’t secured their invitation to The International 2019  (read: Virtus.pro, Evil Geniuses, Team Secret and Vici Gaming), this is crunch time. Teams are competing now in the OGA Dota PIT Minor, with the MDL Disneyland® Paris Major soon to follow. For anyone not competing in those two events, the focus is on the qualifiers for the final two Dota 2 Pro Circuit (DPC) events of the season. This puts tension on each Dota 2 roster to ensure they’re as strong as possible.

Why so much pressure?

The top twelve teams in the DPC rankings, i.e. teams that have earned the most points by placement in DPC events, will receive direct invitations to TI9. Time is running out to slide into the top twelve. And if you don’t earn a direct invitation? There’s only one spot for each region through regional qualifiers, which means every region will be a bloodbath.

EHOME currently occupy the twelfth spot, with 489 points, though they’ll add more points to that based on their finish at Dota PIT. A fifth or sixth place finish at EPICENTER Major 2019 would leapfrog a team with no points past EHOME (presuming they don’t win Dota PIT and perform well in Paris) and into the invites. As long as there’s a chance, every team wants their best shot at it. And that means Dota 2 roster shuffling has picked up the pace. While they happen all year-long, roster changes are more common now because of the pressure to get them just right.

So who is making changes?

There was some controversy over the weekend as Team Team, one of the North American teams that qualified for the Paris Major, kicked two of its players.

Nico “Gunnar” Lopez and Jason “Newsham” Newsham were kicked off the team after the squad finished their run at ESL One Mumbai. Many were quick to point the finger at Jacky “EternaLEnVy” Mao, who had joined the team on March 25, just before they qualified for the Major. Cameron Bloom recently interviewed Gunnar for Hotspawn, and Gunnar said of roster changes, “When stuff is bad on a team it’s usually not just one person. You gotta think of it like a business, it’s a business decision for the team… This team that you guys made, they don’t trust you anymore, or they think this new guy is better than you, which isn’t the greatest feeling in the world. But if you wanna go pro even after being kicked you’ve gotta still believe in yourself as a player, regardless of what’s happening. I think you gotta move on. You can’t hold grudges.” This is the second time Gunnar has departed from a roster with EternaLEnVy on it; he’d previously played for and departed from Flying Penguins.

Setting aside the question of whether or not it was fair or appropriate or a grudge-worthy move, the timing of Team Team’s roster change makes some business sense. Though they’ll still be penalized for playing with different players at the Paris Major, the squad will be able to play with a roster that will potentially remain the same through the qualifiers that follow. That extra time to practice and gel together may be vital in giving the squad its best shot at TI9.

No word yet on who will fill the open spots on the squad.

The Southeast Asian squad also dropped two players this week. In a Facebook post, the team announced Danil “Dendi” Ishutin and Kenny “Xepher” Deo are parting ways with the organization. Of the decision, Dendi said, “Thank you for giving me great opportunity to play in SEA for Tigers. It was great experience and fun times. [Unfortunately] our results were not very good so I decided to try something new. I really wish you to find success and achieve the goals you want.”

It was surprising when the popular Ukranian player joined the squad initially; Dendi’s played for Natus Vincere for the entirety of his career. Fans will surely follow him to whatever roster he ends up on next. Unfortunately, Tigers has really struggled. Partially due to the regional dominance of teams like TNC Predator and Mineski, but generally, Tigers has just failed to find a cohesive playstyle.

The squad hasn’t announced replacements at this time, but expect them soon as the team prepares for the next round of DPC qualifiers.

After discussion inside our Dota2 division and to respect player’s personal desire. Our support player SanSheng decided to take a break from the pro scene. From TI4 until now, there are so many moments to remember~

Remember when Newbee came second at TI7? The Chinese team tried to stand strong with the same roster for the year following, but they didn’t get the results they wanted. In the current DPC season, they’ve tinkered with their roster multiple times. Newbee even brought coach Wang “SanSheng” Zhaohui out of retirement to play for them, but he announced this week he’s re-retiring. This leaves the team down a position five support player.

Five Chinese players have come together to form this new roster. Three of these players were listed as inactive for their previous rosters: former Newbee player, He “Inflame” Yongzheng; former EHOME player Li “ASD” Zhiwen; and Team Aster player Liu “Sylar” Jiajun. The other two players are “on loan” from DeathBringer Gaming: Xu “HYM” Zhi and Liu “Freeze” Chang. They haven’t debuted yet, but they certainly have the potential to disrupt the status quo in China and breakout either through the next DPC qualifiers or the qualifier for TI9.

Today we’re announcing the departure of Deth from #coLDota.@MonkeysDota will join the team on a trial basis until the end of the #MDLDisney Major. https://t.co/ObgKDQHD7j pic.twitter.com/vkk8G9OXaq

CompLexity Gaming has had a hard road over the last year or so. North America has had a deeper pool of competitive teams, leaving less space for compLexity to qualify as an NA representative to DPC and off-Circuit tournaments.  This week they parted ways with Yang “Deth” Wu Heng to make space for a trial with Jaron “monkeys-forever” Clinton. Monkeys-forever will play with the team at the Paris Major. Surprisingly (or perhaps not), this decision hasn’t upset the community as much as the Team Team changes; perhaps because Deth wasn’t removed from the team right after someone else joined the squad?

The South American team dropped Peruvian player Leonardo “LeoStyle” Sifuentes this past week due to a health condition requiring “a period of rest and treatment.” They haven’t announced a replacement yet. The team has been just short in many DPC qualifiers this season, placing third in South America for The Kuala Lumpur Major, DreamLeague Season 10, the Chongqing Major and the StarLadder ImbaTV Dota 2 Minor. While losing LeoStyle to medical issues is obviously undesirable, hopefully, the team can find a replacement who helps lift them up in the standings.

With a few weeks to go before the final qualifiers of the season, there’s still time for rosters to shuffle. There are also some notable players out there who don’t have teams and haven’t already been mentioned, such as Saahil “UNiVeRsE” Arora.

And, of course, once those qualifiers are done, any team that isn’t in the top twelve of the DPC by the end of the EPICENTER Major could potentially make a roster change.

At that point, it’ll be a free-for-all as everyone tries to land themselves on a team that captures the same magic OG had for their TI8 run last year.