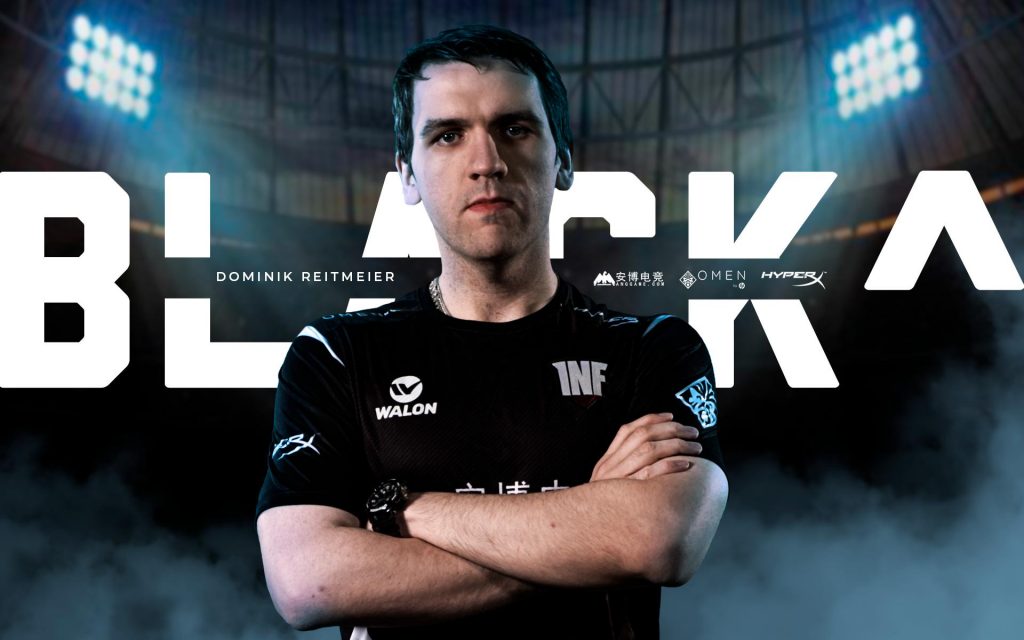 With one set of Dota 2 Pro Circuit events to go, teams are dropping and picking up players now not only to position themselves for the Qualifiers for those tournaments but also for The International 2019. Time is running out for teams to make the perfect Dota 2 roster changes.

Open Qualifiers for EPICENTER Major 2019 begin May 11, with Regional Qualifiers from May 15-19. Teams will only have another, maybe, seven-eight weeks after that before TI9 qualifiers begin (exact dates had not been made public at the time of publication).

Let’s check in with the latest in roster moves.

Updated May 13 to include new Chaos Esports Club and Winstrike Team; May 14 to include Complexity Gaming; May 15 to include Winstrike, Team Spirit, Infamous news.

Dominik “Black^” Reitmeier and Benjamín “Benjaz” Lanao Barrios round out the roster for Peruvian team, Infamous. Black^ stood in for the squad at WSOE 6: Dota 2 – Serenity’s Destiny, so Infamous already has a sense of what competing with him will be like. He has a breadth of experience, across multiple regions, that rivals that of any other player in Dota 2. Hopefully, the team can find some stability with this squad.

Update! After only one week, the team swapped out Benjaz to replace him with Mikki Mørch “HesteJoe-Rotten” Junget. This makes the squad four European players. They are based in South America, scriming and training there, so perhaps the squad does satisfy Valve’s regional requirement?

Implication: Infamous has made several roster changes this season, trying to find the right combination of players. If they don’t qualify for one of the next DPC events, don’t be surprised if they tweak the team again before TI9 qualifiers.

Update! The team didn’t wait even as long as we suggested to make another roster change! South America’s qualifier is wide open, so this team has a decent, though not guaranteed, shot at this round of DPC events.

Geek Fam disbanded their previous roster and built a new one around Chai “Mushi” Yee Fung. Mushi is reunited with Marc Polo Luis “Raven” Fausto on Geek Fam. Joining them are Rolen Andrei Gabriel “Skemberlu” Ong, who played for Geek Fam before a brief stint with Complexity Gaming; Kenny “Xepher” Deo, who played with Mushi recently on Tigers; and Prieme Ejay “PlayHard” Banquil who played on Geek Fam previously with Skemberlu.

Implication: This is a squad made of players who know they can play together; there should be a limited period of getting accustomed to each other before this team comes online. There’s a lot of competition in the Southeast Asia region, but this team could break through.

Chinese squad Newbee have struggled this season to find their footing. They haven’t won a significant tournament since January of 2018. They’ve missed qualifying for DPC events; the only significant international tournament they’ve attended this year so far has been MDL Macau 2019. China is a competitive region, and this squad is drowning in it.

Tan “JiaJia” Lijia will step into the carry position with Xu “Moogy” Han moving to inactive status. The team is “loaning” Lu “Fenrir” Chao from Team Aster to step in the position five support role.

Implication: This squad has made several changes this season already, to no avail. Hopefully, this combination, with Fenrir acting as a very experienced anchor, can help them end the season strong.

Where to begin with this *former* South American squad? After being knocked out early at the MDL Disneyland® Paris Major, this team is making some huge changes. Two South American players have exited the roster: Otavio “tavo” Gabriel and Danylo “Kingrd” Nascimento. The squad announced they were moving to compete in Europe, and then Aliwi “w33” Omar indicated he is taking some personal time.

I’ll be taking a break from competitive dota and fix some long overdue health issues, will hopefully be coming back soon, cheers!

So where does that leave the team? Down three players…

Update! Chaos picked up three players officially on May 12: Nico “Gunnar” Lopez, Maurice “KheZu” Gutmann and Milan “MiLAN” Kozomara. The team didn’t qualify through the Open Qualifiers for the EPICENTER Major, so their sights must turn now to the StarLadder Ukraine Minor.

Implication: Obviously everyone wants to the best shot to win TI9; Chaos were looking pretty good for a spot at the event. They sit in 14th place in the DPC rankings, about 300 points out of the 12th position cut-off for a direct invitation. There’ll only be one spot available for regional qualification, but until the last set of qualifiers, they were easily dominating the SA region. Now they’re in Europe, a more competitive region. It’s not looking great for this squad.

J.Storm has swapped out Lee “FoREv” Sang-don for carry Roman “Resolut1on” Fominok. This move sees David “Moo” Hull move from carry to the off-laner role to make space for Resolut1on. J.Storm recently won WSOE 6: Dota 2 – Serenity’s Destiny, but they missed out on the last set of DPC events. Is this enough to shake things up?

J.Storm are the 12th position invite for TI9 currently. If they miss out on the next set of DPC events, that could easily change: all it would take is a team finishing top six who isn’t already ahead of J.Storm in the rankings or for EHOME to take the last place at EPICENTER Major 2019 or second place at the Starladder Ukraine Minor.

Implication: North America has five teams consistently in the top of regional competition, which means J.Storm must step up the quality of their play. The inclusion of Resolut1on on this squad could be enough to see J.Storm qualify for one of the last two DPC events, but it’s certainly no guarantee.

Winstrike Team has made a roster change heading into the CIS Regional Qualifiers for EPICENTER Major 2019 (to which they received a direct invite). Dmitry “DM” Dorokhin, Milan “MiLAN” Kozomara and Dino “dnz” Šavuk departed the squad. Joining them are Igor “iLTW” Filatov, on loan from Espada, and Ilya “Lil” Ilyuk who had maybe the best self-promotional tweet regarding looking for a new team in Dota 2 ever.

Looking for team
– position 4 (>>3>>5)
– fluent english
– biggest hero pool you've ever seen / different playstyles
– calm, non-toxic, adequate & hardworking
– 100% TEAM PLAYER
– used to be a "dick" in media but its in the past
– I will carry you to TI pic.twitter.com/BVjFdJ2YYV

Filling out the squad is Aleksander “nofear” Churochkin who had been on The International 8 Winstrike squad, but taken time away from the team afterward.

Update! iLTW’s loan from ESPADA did not happen. Instead, Zaur “Cooman” Shakhmurzaev, who had been listed as inactive for Team Empire, joined the squad.

Implication: The CIS region will have two spots at EPICENTER. One is all-but guaranteed to go to Virtus.pro. But the second slot is anyone’s guess. This Winstrike Team could certainly be in contention for it if they can solidify a coherent style of play quickly enough.

Complexity Gaming announced on May 14 the release of Jaron “monkeys-forever” Clinton after less than a month of trial time with the team. In his place, the squad has picked up Otávio “Tavo” Gabriel, who previously played for Chaos Esports Club. With monkeys, the team finished 9-12th at the MDL Disneyland® Paris Major.

Implication: The team will compete in the EPICENTER Regional Qualifiers, where two spots are available to North American teams. That doesn’t leave much time to incorporate Tavo into the line-up. Perhaps those qualifiers will be good practice for the StarLadder Ukraine Minor qualifiers?

Team Spirit left Dota in January 2019, but have now announced a new roster.

Implication: Perhaps experience will produce results? The established CIS teams such as Virtus.pro, Gambit Esports and Natus Vincere may have something to say about Team Spirit’s potential to earn an invitation to EPICENTER.