Dogman: “I feel like I’m one of the best Anas in the league” 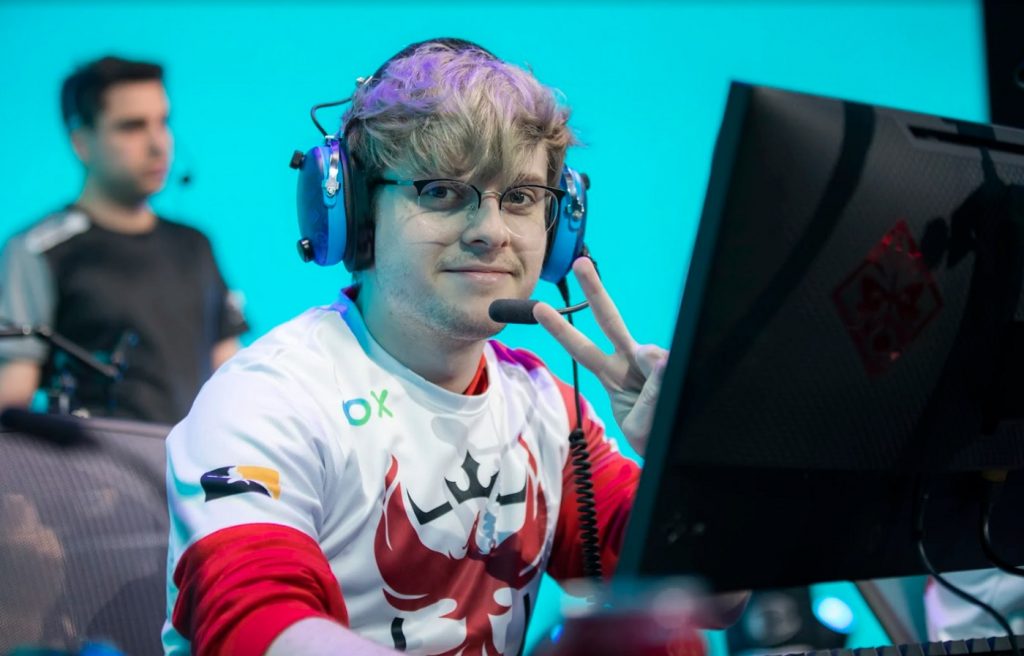 The Overwatch League’s final Homestand Weekend in Los Angeles is the last opportunity for teams to solidify their place in the season playoffs. After a disappointing 15th place finish in Stage 3, the Atlanta Reign have bounced back to a 5-0 start for Stage 4, moving up in the overall standings to 7th place. Only one team separates the Reign from a guaranteed playoff spot.

Dusttin “Dogman” Bowerman and the Reign will have to defeat both the Boston Uprising and Dallas Fuel to not only complete a perfect 7-0 Stage 4, but to also knock out the London Spitfire and secure a top 6 finish. A leader on and off the stage, Dogman shared with Hotspawn how he intends to achieve victory through incredible Ana play and work ethic.

Katrina Weil:  The Reign has had a perfect record during Stage 4, continuing a 7 map win streak beginning during the Atlanta Homestand. From going to 15th place in Stage 3 to now, what’s created that change?

Dusttin Bowerman: After Homestand, personally, nothing will live up to that craziness and hype feeling again. I’ve said that playing at the Blizzard Arena is nothing compared to in Atlanta because the energy level was insane. So it’s so easy to play here now. Last stage I could get easily impacted, say we lose a map and I could tilt pretty easy. But now, we can come back from anything. Now nothing can impact me or affect me really.

Joon “Erster” Jeong has been truly standing out as a DPS this stage. When you see a teammate popping off in-game, does that change your healing prioritization?

Not too much to be honest, I think we naturally play around Erster whenever he’s playing around Genji or Hanzo or whatever. So it’s not a direct thing we’re thinking about, but I’ve been really lucky to play with really good Genji players in the past. On Atlanta Academy I was playing with Sugarfree and before I’ve played with Nero a while ago in the Tier 2 scene. You can kind of get a feel of what they’re going to do and how you can help them. I definitely prioritize healing Erster whenever he gets low, for sure.

Speaking of Atlanta Academy, they’ve made history in NA Contenders with a perfect map record and season. How much does your academy team’s success impact the OWL squad?

It’s interesting because once you start getting beat by an academy team [laughs]! They’re a good team, when we see their scrims with other OWL teams, they destroy them. They’re that good, one of the top teams right now. They finished their 28-0 season on my birthday, and we just all went out to dinner for a joint celebration. Next year I can see all the eligible players getting picked up. [Xander “Hawk” Domecq] will be eligible, [Steven “Kodak” Rosenberger], [Blake “Gator” Scott], [Daniel “Funny Astro” Hathaway], somebody could just pick up those four and be a good team.

Some of your opponents, especially Paris this stage appeared to be mentally broken by halftime. We know that the Reign isn’t necessarily afraid of trash talk, does that ever go into match chat to give more of an edge?

No, I think our play speaks for itself. I know that last year the Outlaws were a team that would do that, and that they’d teabag and talk trash in scrims or even just practice, just to get in people’s heads. Even when I’d give feedback to Overwatch League, the Outlaws would reply to my tweet. As a team though, Paris was susceptible to tilting, maybe it was just their personalities.

I know from first hand, if somebody tells you something before, they don’t have to say it to you directly or during the game, if they said it to you before and it stuck out, it will stay with you. When I played Philly for example, I let what their coaches said get into my head, it can easily influence you.

With the 2-2-2 role lock, has the Reign’s team dynamic or motivation changed?

For sure, I think specifically our Korean players are having a lot more fun with the game. I know Erster loves Genji so he’s already ecstatic. He didn’t like Brig that much so definitely the switch over to DPS has been good for his morale. And then me personally, playing Ana again has been really fun because I feel like I’m one of the best Anas in the league.

My teammates are finally realizing that I have a good Ana so in practice I’ll hit a sleep and [Andrej “babybay” Francisty] will just flip out on the side, it’s really fun. I look up to babybay as a leader but more like someone I want to impress, so it’s cool to hear compliments from him because I really respect him as a person. I’m just really happy to be playing Ana. Overall it’s good because we know we’re all on our best heroes and it feels really good.

What would you say is a typical practice day on the Atlanta Reign?

Last week we scrimmed three blocks a day, which is 2 hours a block or 6 hours total. But that’s spread out, between each block we have an hour break. On game days we have to wake up earlier, we wake up at 10 when we have a game at noon because we live an hour away. So we start waking up earlier during the week. We eat breakfast around 11, have vod review at noon, and after vod review for an hour we practice from 1 to 3. Then lunch, and practice 4 to 6, and sometimes 6 to 8 immediately or 7 to 9 depending on the day. But then after that I’ll stream, or most of the time I’ve been playing TFT [laughs].

What needs to happen for Atlanta to solidify their place in the overall playoffs?

I don’t know if anything needs to specifically change. Our trajectory has been pretty good after winning those two games at our Homestand and now we’re on a win streak. Generally, we’re going for top 6. Even if we’ve won by the fourth map, we need to win this map because we want top 6. We’re really working hard, nothing needs to change because our work ethic is really good and if we just keep grinding and keep our head down, Stage 4 should be our stage.

Be sure to watch the Atlanta Reign take on the Dallas Fuel in the first match of the Kit Kat Rivalry Weekend on Saturday, August 24.