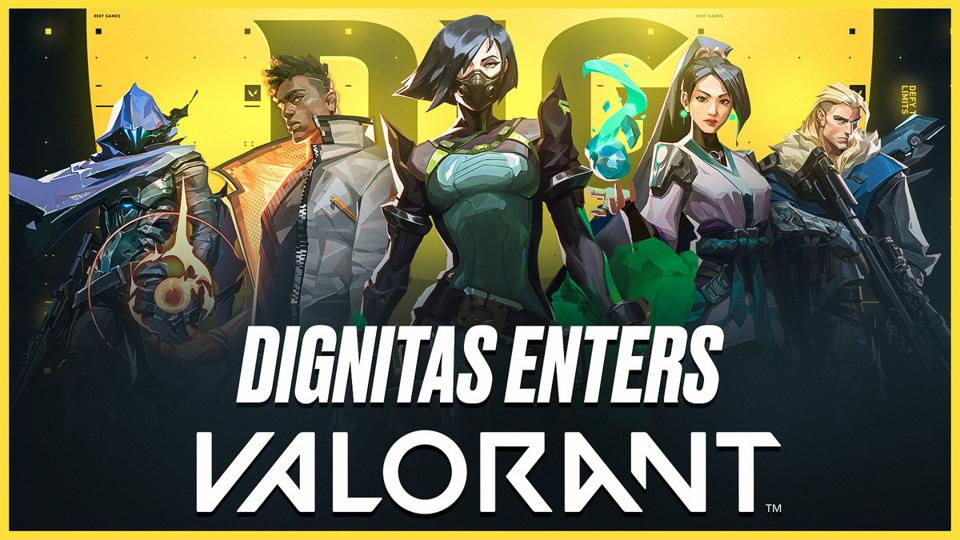 Dignitas announced the first four members of their brand new male VALORANT roster on Thursday. All four initial players formerly competed together in VALORANT under the team name Homeless. The fifth member of the team has yet to be announced. The announcement of the roster follows the entry of their all women’s team, Dignitas FE, into VALORANT in May.

“Entering the VALORANT ecosystem is a natural expansion for Dignitas, given our history in Riot’s League of Legends,” explained James Baker, Director of Esports at Dignitas. “The esport is primed for success, backed by the most successful developer in competitive gaming, coupled with gameplay full of exciting moments. We are aiming to continue our legacy of developing top performing teams that command an army of fans worldwide. With our roster of both veterans and up and coming stars, we are solidifying our position as a World leader in the competitive gaming space.”

While playing together with Homeless, this squad managed to reach the semifinals of the PAX Arena Invitational tournament in July. At that event, they ranked above a number of notable VALORANT teams, including Gen.G, 100 Thieves, and Complexity Gaming.

POISED and dephh both originally come from the Counter-Strike: Global Offensive community. Dephh is a British player who first started competing in CS:GO in 2013 with VexstaR. Most recently he played with Complexity Gaming from 2016 to the end of 2019. He brings a lot of tactical shooting experience to the table.

POISED, on the other hand, is a much less experienced CS:GO player who only competed in a few amateur events before moving over to VALORANT. His new position with Dignitas will be his first full time professional player contract.

Psalm is an interesting pick up. He competed in Blizzard’s Heroes of the Storm professionally until Blizzard announced that they would scale back support for the HotS esports scene in 2018. At that point, he retired from HotS to play Fortnite. Despite coming from a MOBA background, he found great success in the 2019 Fortnite World Cup, taking home second place in Solos and a hefty cash prize.

Finally, Supamen is a former Crossfire player who retired from competitive Crossfire in May to pursue a career in VALORANT.

“VALORANT is unique in that it attracts players and fans from various existing esports ecosystems,” said Heather Garozzo, Vice President of Talent. “With backgrounds in CS:GO, Fortnite, Heroes of the Storm and Crossfire, this roster brings together a multitude of esports backgrounds. We look forward to assisting the players with developing their personal brands while giving them the resources to be one of the game’s most successful rosters.”

Dignitas is expected to debut this new roster at the Pop Flash VALORANT Ignition Series tournament hosted by B Site on August 26th.