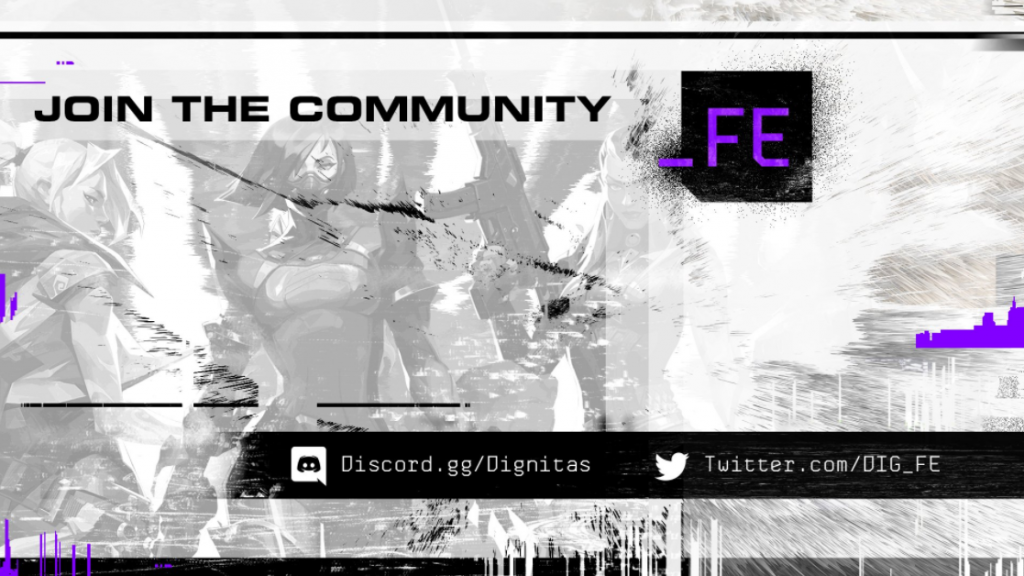 The new _FE platform will provide resources and support to women in esports and gaming, whether they are a casual fan or a seasoned competitor. (Photo courtesy Dignitas_FE)

Dignitas announced the launch of their brand new “_FE” platform on Wednesday. The new initiative is dedicated to promoting opportunities and resources for women in esports and gaming. Dignitas is hoping this new platform will help address many of the ongoing gender inequalities in the gaming and esports industries.

“As a young female gamer trying to find my place in the esports community, I didn’t have any female gaming role models to admire,” explained Emmalee “EMUHLEET” Garrido, Captain of the all female Dignitas FE CS:GO and VALORANT teams. “Gaming has made a significant impact on my life and truly opened the world for me. . . I’m proud that _FE will provide a platform for my team and I to share what we’ve learned over the years as top female competitors and inspire the next generation of female gamers.”

Dignitas announced a number of different opportunities which will be available through _FE, which will include:

The very first _FE virtual event will take place on September 30, 2020, and will feature a panel of female esports athletes, executives, and content creators. The free event will be hosted on the Dignitas Discord channel.

“As a former professional player, broadcaster and now executive, I’ve witnessed the significant growth of females in gaming over my 20 years in the industry,” explained Heather “sapphiRe” Garozza, VP of Talent at Dignitas in a press release. “Despite a significant increase in female gamers, streamers and fans, there is still a lack of representation in media, on live streams and in competition. Through our _FE platform, we look forward to building a diverse community of passionate female gamers, and providing educational resources both for casual and competitive gamers and streamers to broaden their reach and expand their brand.”

The female demographic has been under served in gaming for a long time now. Despite making up an estimated 30 percent of esports fans and as high as 46 percent of the gaming industry broadly, women have been consistently excluded from opportunities to compete and advance their careers in esports. The Overwatch League, for example, only hosts one female player out of more than 240 total player slots. The new _FE platform will hopefully help to normalize and advance more female representation in esports.

“Our organization’s efforts to spotlight the incredible women that comprise the esports community has been well-chronicled and has long been a tenant of our brand,” stated Michael Prindiville, CEO of Dignitas. “On August 26th, which is celebrated annually as Women’s Equality Day, we take the next step forward by expanding beyond female esports and into the greater gaming space, with a cost-free program that any female gamer can join without conflicts. Through _FE we aim to ensure female gamers have the resources, role models and healthy community to empower themselves and cultivate their passion as competitors and content creators.”

Apex Legends Call of Duty Counter-Strike: Global Offensive Dota 2 Fortnite League of Legends Overwatch Rocket League Valorant
Share
Aaron Alford
Aaron is a 25 year old esports journalist who has worked with dotesports.com, upcomer.com, qrank.gg, among others. Aaron completed a Master's degree in Communication from the University of Dayton in 2018 (Go Flyers). Aaron has also worked as a national circuit debate coach and communication manager for emerging technology companies.
Follow me