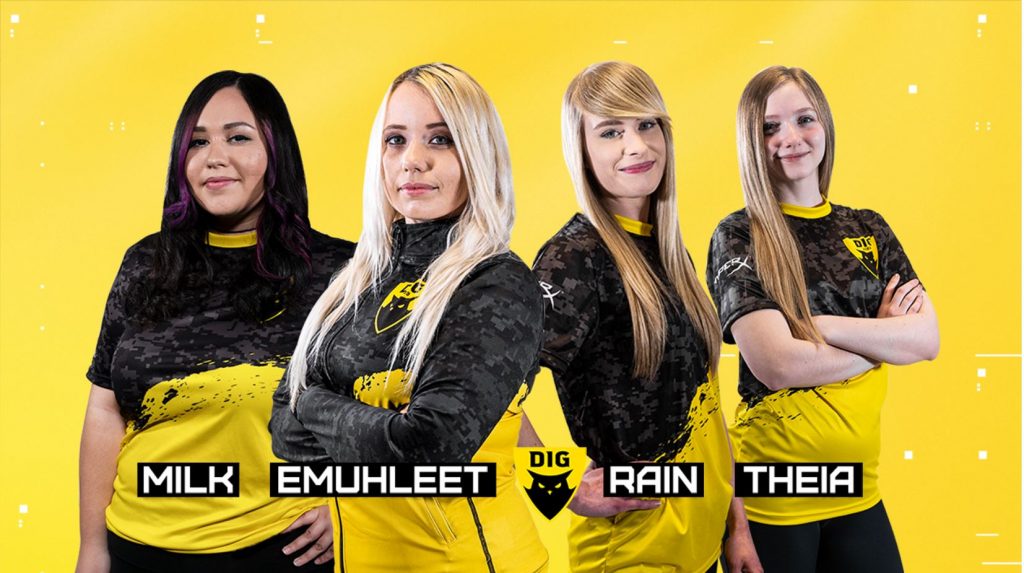 DIG Fe thrives on challenges and the team is excited to take on their next. @BasedGodMilk, @EMUHLEET, @rainCSGO and @DEADTheia of DIG Fe are expanding to #VALORANT! pic.twitter.com/QtI3KBVsKm

DIG Fe won the Intel Challenge Katowice Championship in both 2019 and 2018 which makes them the only professional women’s CS:GO team to win back to back World Championship titles.

NME and Dignitas CEO Michael Prindville expressed his support for the team and their goal as an organization:

“Dignitas is a longstanding champion of women in esports. Since their recruitment in 2017, DIG FE has raised four international trophies under the Dignitas banner; their expansion into VALORANT is the first step in a larger women’s empowerment initiative the organization has planned for the coming months.”

“When presented with the opportunity to expand to VALORANT, we quickly recognized the game as a sweet spot between a high skill esports title and a game that appealed to a broader gaming audience.”

The team will make their first VALORANT competitive appearance in the ANEW VALORANT Women’s 1k open on Saturday, May 16th at 1 p.m. CST. They will also compete in the Elite Esports Rivalry Bowl International on Sunday, May 17th at 1 p.m. CST.

The team’s roster is as follows: