Dignitas, Cloud9 Hold On to Advance at Flashpoint 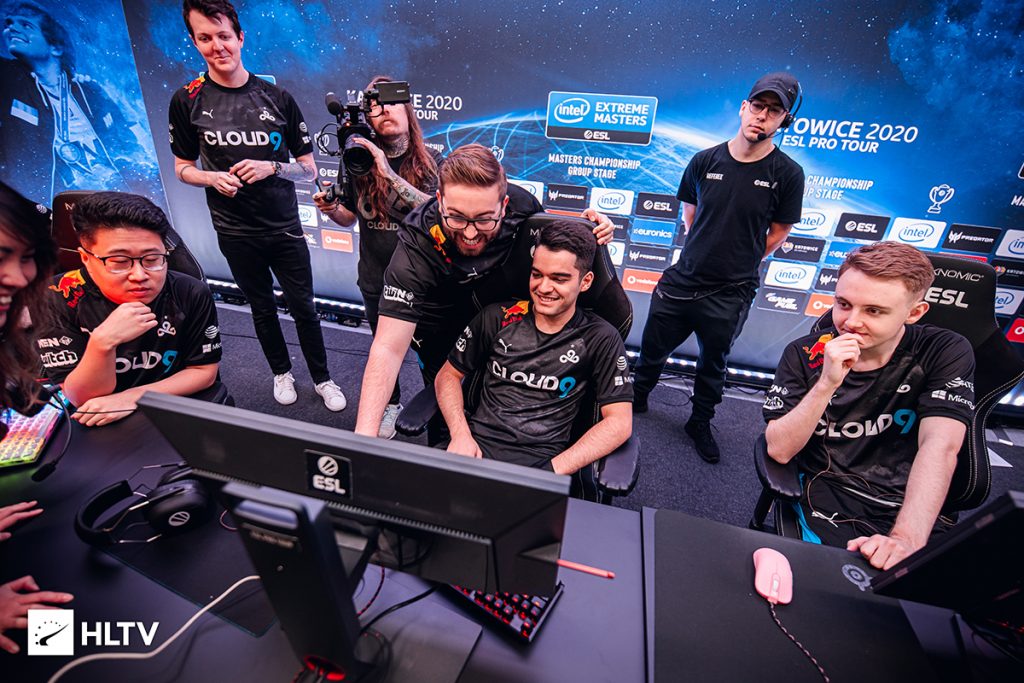 The last day of Flashpoint’s first round was a long one. After a shorter day two thanks to Chaos sweeping MiBR, the Group of Assisted Living played host to two series that went the distance. Dignitas survived a scary encounter with Orgless while Cloud9 outlasted FunPlus Phoenix. Here is how Day 3 of Flashpoint went down.

The match began on Orgless’s pick of Train. Although Dignitas won the CT pistol round, Orgless got the bomb planted. The next round saw them force up with Kriegs and push through Ivy to steal the momentum. Orgless took five rounds in a row before Dignitas got set thanks to a Richard “Xizt” Landström ace.

After two round wins for the defense, Yassine “Subroza” Taoufik and Gage “Infinite” Green combined for all five kills on an A site execute. Orgless were in firm control of the half, but Dignitas did stabilize in the closing rounds. They went from a 1-5 deficit to only being down 7-8.

Dignitas won the second pistol, but once again Orgless won the force buy with a great A site setup. The first gun round also went in their favor as the B defense held strong. The CT side stacked up round after round as none of Dignitas’s execute strategies worked. Matthew “Wardell” Yu’s AWP was dominant, going 28-12 with 108.2 ADR. The eight-round streak for Orgless carried them to the finish line as they took map one 16-8.

Now on Dignitas’s Nuke pick, Orgless won their first pistol round of the contest. However, the anti-eco curse remained consistent as Dignitas won their duels Outside. The Dignitas T side was off to a good start after a tight 2v2 win on the B bombsite. They continued the roll in the next gun round with a Mini to A push. Down 1-7, Orgless finally got more rounds courtesy of Jaccob “yay” Whiteaker hitting all of his shots.

Just as Orgless looked to be back in the half, Dignitas took their eighth point with a full pistol buy. The final round of the half saw Dignitas bring back a 3v5 to solidify a 10-5 lead from T side.

Dignitas extended their lead with the second pistol and follow-up rounds. Orgless kept doing good economic damage, so they kept force buying. Unfortunately, they could never clutch out any of the close rounds. Dignitas hit match point before Orgless took their first T round with a lower site hit. Orgless did make it a bit competitive as they successfully attacked the A site for four more round wins. Dignitas eventually closed out the game 16-10 with a B site retake, sending the series to a tiebreaker.

The final map was Inferno. Orgless started on the CT side and won the pistol with a fast Mid push. After the anti-eco, Dignitas full bought and took the Mid fight successfully. The next gun round saw Christopher “GeT_RiGhT” Alesund run through Apartments to give his team the A site. Orgless made good on their next chance as Subroza earned three kills on the B defense. The Dignitas force buys failed, allowing Orgless to take a 6-4 lead. Adam “friberg” Friberg then opened up the B site by himself with two Deagle headshots, stealing the momentum back. Repeated B hits allowed Dignitas to win the last five rounds and earn a 9-6 halftime lead.

The Dignitas streak continued as the second pistol and anti-eco went their way. They also won the bonus round with 4 MP9’s against a full buy. The next Orgless gun round was shut down by GeT_RiGhT with a Banana spray down as the Dignitas lead ballooned.

What a line-up by @GeT_RiGhT! 👀 #FLASHPOINT💥 pic.twitter.com/dBu8tPbaRy

Once again, Orgless started to put together a comeback as Dignitas were on match point. Still, only one decisive A site hold was needed to end the game 16-12 and win the match for the Swedes, picking up their first victory in Flashpoint.

FPX’s Nuke pick was up first. Cloud9 took the 3-0 lead on CT side after winning the pistol round. FPX won the first gun round with slow Inner play then beat C9’s force buy in Ramp. C9 then choked away the next gun round by losing a 2v4 on the B site retake. The T side of FPX took eight rounds in a row before C9 finally won an A retake to get their fourth. They were then broken right back as FPX ticked up to 11 T side rounds at the half.

Cloud9 won the second pistol and secured the two courtesy rounds once again. A fast Ramp push caught FPX off guard, giving C9 their second real round of the game. The B site remained the game plan for C9 as they took three more rounds before FPX won their first CT round on a retake. With their economy on the line, Aran “Sonic” Groesbeek pulled off a 1v5 Ace to keep C9 in the game.

However, FPX’s defense wasn’t fazed as they took the next two in a row to end the map 16-10.

C9 continued their pistol round dominance on Train. They then won the first gun round with an A site take, going up 4-0 on T side. FPX’s next buy held strong on the A bombsite to get C9 to save. After taking three rounds, C9 fired back with a fast-paced game plan. They won round ten after a 4v4 retake on B left FPX no time to defuse. Even though C9 lost a round to full USPs, they still managed to keep FPX on the back foot. The half ended in a 10-5 C9 lead.

The fourth pistol round also belonged to C9, bringing them up to 13. The full buy went in FPX’s favor after a 1v1 victory on the A site. The teams began trading rounds back and forth, but that pattern favored C9. They earned match point in round 24, but then FPX hit their stride. With the A site as their focus, FPX won every round. C9’s best chance to close was foiled by a Molotov from Casper “cadiaN” Møller to stall for the bomb to explode. One round win later and FPX forced overtime.

Although both teams won ten rounds on their initial T sides, the first overtime was dry for both sides. The defenses held up across both sites as a second overtime was required. This time C9 took two T rounds on the A bombsite, giving them a huge advantage. One T round was all FPX could manage as C9 held on to take their map 22-20.

Inferno was the decider map once again. FPX took their first pistol of the match but immediately lost the following round to C9’s Banana control. The first gun round was secured by FPX with an explosive A site hit. After that, C9’s B site defenders held strong and got economy control. The FPX attack couldn’t find proper entries into either site as C9 hit eight rounds. The Danish squad did win one Banana fight to get their third round, but the follow up A attack was stopped in its tracks.

With that, FPX was broken both in game and out. They didn’t earn another round the rest of the half as C9 took a 12-3 lead.

The bleeding continued as C9 won the second pistol and the anti-eco rounds. As C9 hit match point, FPX had guns for the first and only time on their CT side. C9 completed the perfect half after an A site split, finishing the map 16-3 to end the first week of FLashpoint action.

Week one of Flashpoint has come to a close. Half of the teams have advanced to the upper bracket finals of their groups while the other half must fight through the losers’ bracket. Matches will continue on Tuesday, March 17 after a one-day break. Whether we will see more unexpected results is up in the air, but one thing is for sure: more Nuke, Train, Inferno, and Mirage.