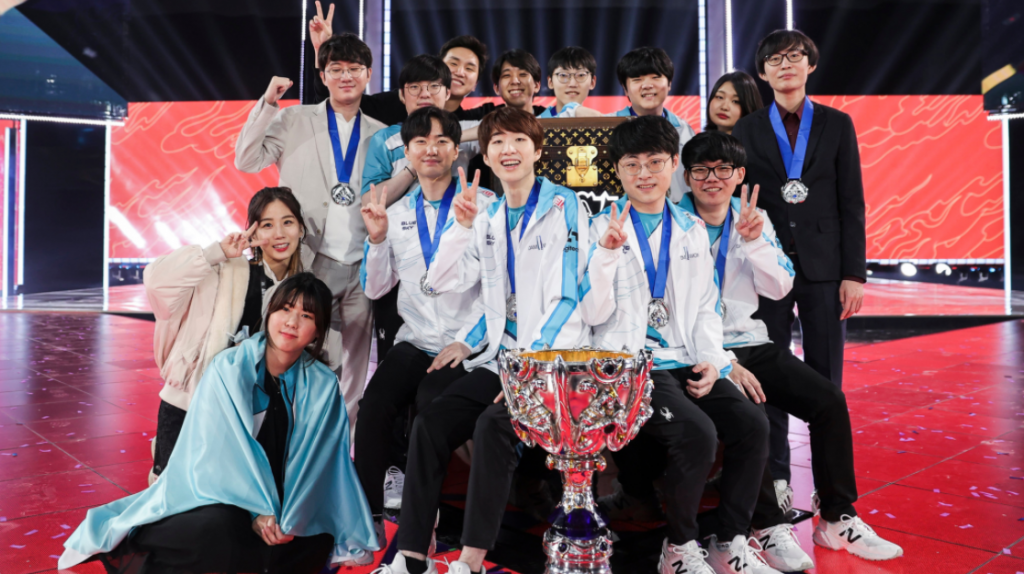 The Summoner’s Cup is heading back to South Korea after two years of residing in China. Damwon Gaming has been crowned Worlds champions, obliterating everyone they came across. But overall, how did the LCK teams perform? Are we headed back to another ‘LCK era’? In this article we’re going over the three LCK representatives at the League of Legends World Championship this year, how they performed, and what to think of their performance. 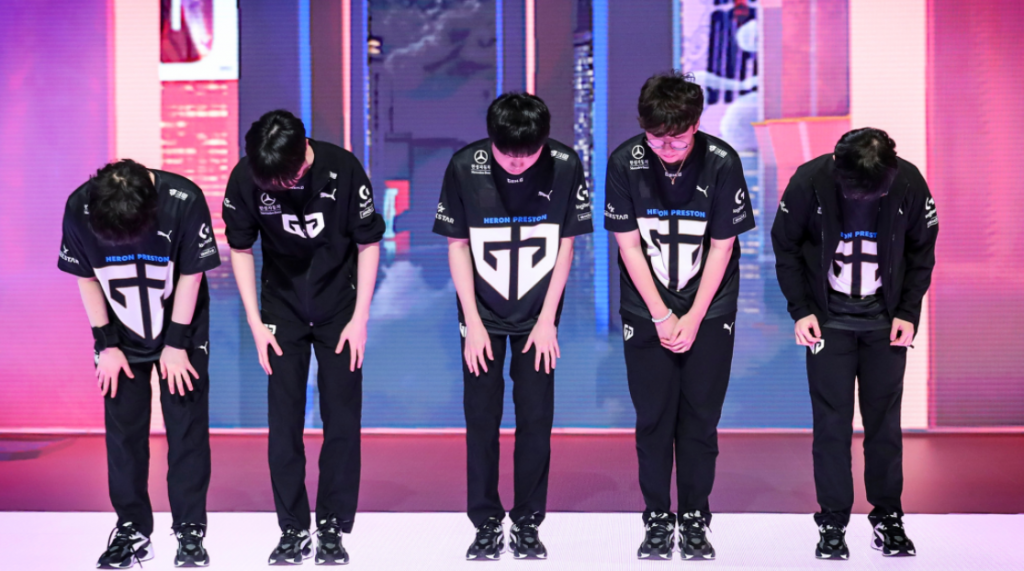 It seems so long ago, but heading into Worlds 2020 many people said that Gen.G should be seen as the LCK’s second seed, and not DRX. Gen.G was the ‘better team’ overall, and their loss to DRX was ‘an accident’. Damwon Gaming was a step above still, but at Worlds Gen.G was bound to hit hard. When they were seeded in Group C alongside Fnatic, TSM, and eventually were joined by LGD Gaming, it was all but guaranteed. Gen.G would advance to the Knockout Stage, and the other three teams would fight for the second ticket. While some matches ended up being closer than they perhaps should have been and the team didn’t seem extremely dominant, Gen.G dropped only one game in the end, finishing first in Group C.

In the quarterfinals, however, Gen.G got exposed heavily. Facing G2 Esports would be a difficult task nonetheless, yet Gen.G chose to make it even more difficult for themselves. How come? Because they continued to use strategies they had been using in every single game. Especially their set-ups at the very start of each game were so repetitive, so easy to predict, that it gave G2, a team that had been struggling with the early game all tournament long, an easy head start. G2 would later comment: “Every time we thought ‘oh surely [Gen.G] will adapt now’, but they didn’t.” Gen.G got exposed for the stale team they are when curveballs are being thrown at them.

Now, losing the semifinals to G2 is not a shame by any means. The LEC champions still rank high on the leaderboard, even if they were weaker compared to last year. Best-of-five settings are G2’s forte as it allows them to feel out their opponent and adapt accordingly. No, it was the fashion in which Gen.G lost that made their Worlds a disappointing one overall. Whereas other teams were searching for innovation, learning from their opponents and putting in the groundwork to edge their enemies out, Gen.G banked on individual prowess to make it far. Needless to say, that’s not how you win Worlds. Gen.G will have to reassess how it approaches playing League of Legends, and let go of traditional LCK play, if they want to grow. 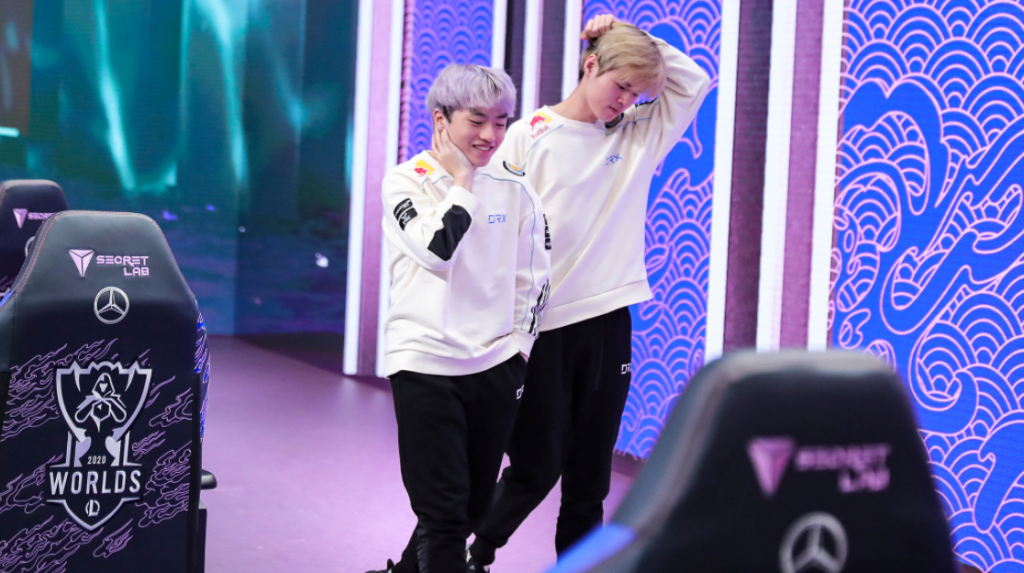 Much like in the Summer Split finals, DRX stood no chance against Damwon Gaming. (Photo courtesy Riot Games)

The expectations for DRX ahead of the World Championship were mixed. The players on the roster belonged to the undisputed top in the LCK, but the team lacked coherent play. Critical voices emphasized how poorly the team would draft in their games, putting themselves at a disadvantage. Despite that, though, the team was expected to make it out of their group. Top Esports would be a tough opponent and taking a game off them would be a bonus. But Worlds first-timer FlyQuest and Play-In qualifier Unicorns of Love shouldn’t prove too tough of an opponent. It went precisely as expected: DRX lost both games to Top Esports, but with relative comfort defeated their other opponents and advanced to the top eight as second seed of their group.

There is no point in discussing the “what-ifs” of the quarterfinals, but it bears saying that DRX did get a tad unlucky with the opponent they drew. Damwon Gaming had only grown stronger since they last faced DRX in the LCK Summer Split Finals (which ended in a clean 3-0 for Damwon). Had DRX played G2, maybe they could have done something. But not against Damwon Gaming. It was a complete dismantlement once again with DRX sticking to their guns, playing differently than their compositions dictated, and being punished hard for it.

It was an unceremonious exit, and a hard reality check for DRX, much like Gen.G’s exit was. Both teams, in the end, relied mostly on their players’ skill to pull through and claim victories. However, whereas Gen.G was stuck in archaic ways to approach the game, DRX had a different way of thinking about the drafts and how to execute them—it just happened to be the wrong way, and they were reluctant to deviate from it. Nevertheless, while DRX was definitely not playing at their peak level, they showed the world that they were a clear-cut top eight team in the world. 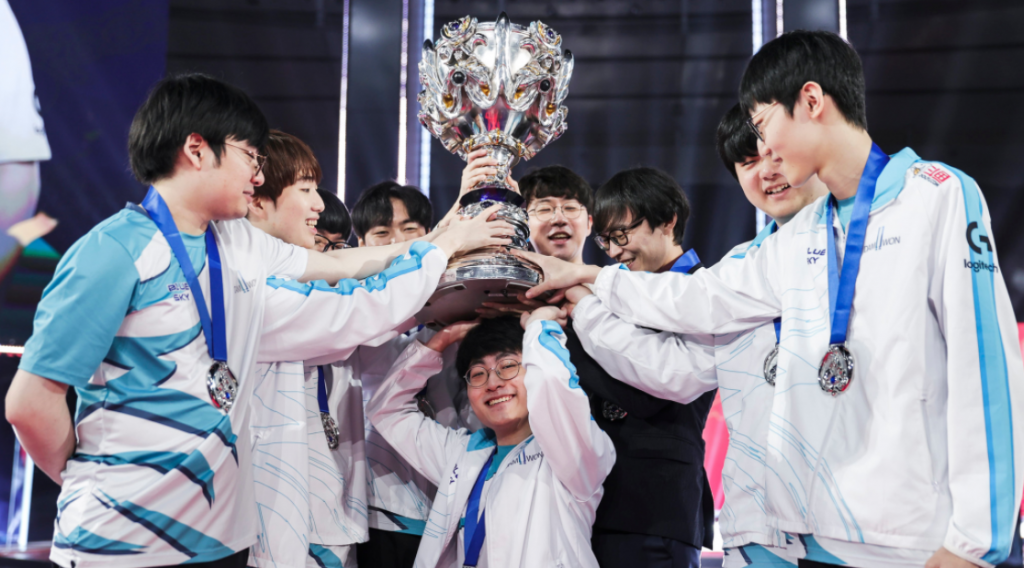 From the beginning until the end, Damwon Gaming was a heavy tournament-favorite. (Photo courtesy Riot Games.)

It’s hard to say who was a clearer favorite for the World Championship title before the tournament started: Top Esports, JD Gaming, or Damwon Gaming. Damwon had left the LCK Summer Split as the region’s first seed, coming off the back of a run tied for most-dominant ever in South Korean League of Legends history. Still, when Damwon was placed in Group B together with fellow tournament favorite JD Gaming, the question was whether Damwon would hold up. Well, they did. In their first match, Damwon won convincingly. While the rematch went JD Gaming’s way—to the relief of many other teams, by the way, who saw that Damwon indeed could be defeated—Damwon still ended the group as convincing first.

As explained above, Damwon didn’t face much opposition from DRX in the quarterfinals and made short work of it. The first true hurdle for Damwon, as the team themselves had predicted, would be in the semifinals against G2. A rematch of the 2019 quarterfinals which went G2’s way, Damwon was out for blood. And blood they got. Damwon was simply operating on another level. The one game G2 did win cost them so much effort and energy, that the following to games were increasingly easy for Damwon. In the fourth game, Damwon even set a record for fastest game victory at a World Championship ever. After brushing off the dust, Damwon headed to the Finals to meet LPL surprise Suning. But once again, there wasn’t a whole lot of contest. Suning threw innovative curveballs at Damwon, one of which landed, but it didn’t matter. Damwon adapted as quickly to Suning as they had to any opponent they faced, and with comfort won the World Championship.

Chapters can be written about the grand Damwon Gaming. They left the traditional playstyle of LCK teams behind, realizing that League of Legends needs to be solved in a different way now. Whether they need to play aggressively or defensively, they can do it all. They didn’t always punish every mistake their opponents made. But what makes Damwon so scary is that they could take the tiniest mistake an opponent made, and use it to win the game. With versatile players who all have the capability to step up and carry the team, Damwon Gaming was by far the most complete team to grace Summoner’s Rift this year. Miles ahead of not just their fellow LCK teams, but the rest of the world altogether.

With three teams in the quarterfinals and given the overall level of play, the LCK has once again confirmed itself as the second-best region in the world, proud host of the best team there is at the moment. The raw level of skill on display from individual players at this year’s Worlds was impressive. With the flaws Gen.G and DRX had as a team, it took a lot of raw power to overcome those flaws and still advance to the next stage.

Nevertheless, the LCK has room for growth. A lot of room for growth, even. Damwon Gaming is an outlier for the region, similar to how G2 Esports was an outlier for the LEC last year. Damwon had the insight to shift, to learn from teams across the border, take their best treats, and combine them into one. But the other LCK teams have proven to clearly be far more stubborn. Perhaps now, with a new, innovative team within the LCK itself, the other teams will try to reinvent themselves, and a new era of superb South Korean play could be on the horizon.