Designing Games With Esports In Mind 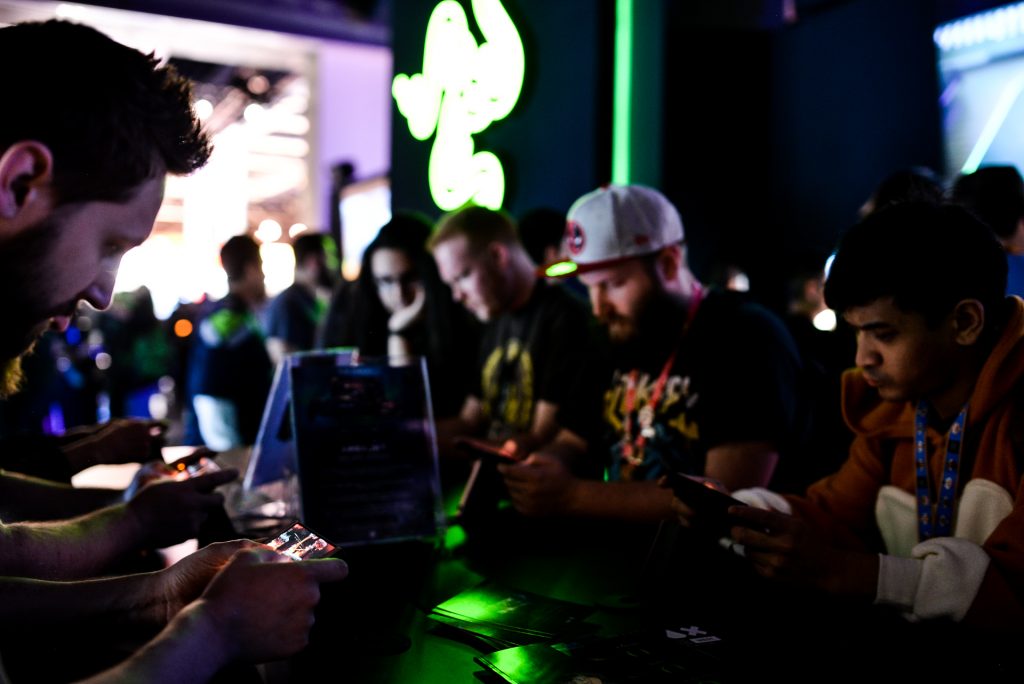 With the rapid growth of esports, more and more designers are setting out to develop a game with the hopes of it becoming the next big competitive game.

The current esports revolution is not the first time esports has made a push to go mainstream in North America, but it may be when esports finally breaks through.

The founding of Major League Gaming in 2002 saw one rise until the stock market collapsed in 2008 and effectively killed the chance for experimental investments. But, during that downturn, a game was being made that would change the esports industry.

Mark Merrill and Brandon Beck partnered with some of the people behind DotA to build a new MOBA called League of Legends. Merrill and Beck weren’t the first people to attempt to design a game that could be an esport, but they were the most successful.

The PAX floor is littered with once-promising games that never quite cut it as esports. Games like Evolve, a 4v1 monster hunting simulation, or Super Monday Night Combat, a third-person shooter that officially shut down this year, were once thought to be the next big thing in esports.

So why was Riot successful where so many else have since failed? Simply because they realized that making a successful esport came down to building the community first and foremost. There are other crucial elements of a game vying to be an esport but ultimately, no game will succeed without first having the player base behind it.

“Ultimately the league vision was to build this really competitive game that was almost a sport from the perspective of ‘It has to be more fun the hundredth time we play than the first, and it has to be more fun the thousandth time than the hundredth time,’” Beck said at a SportTechie Next event. “And we wanted this replayable experience and play space that could just be almost infinite from a mastery curve standpoint. And we wanted a company that would be able to serve that player and that experience on that journey for many, many years.”

So while things like competitive structure, a viewing system, and a high skill ceiling are all crucial to successful esports, none of those things matter if the community isn’t behind the game. To get community support off the bat, League of Legends was offered for free, and it still is, with skins and champions still being available for sale. Now, this model is common for many esports but at the time was pretty revolutionary.

Designing A New Game For Esports

New games that are aiming to be esports must take into consideration all the things necessary for a competitive game, but the price is the most important because it is the first barrier in expanding the audience. Armajet is a 2D side-scrolling arena shooter developed by Super Bit Machine that is currently in early access but already has a couple smaller esports organizations buying in.

Armajet is free-to-play and the goal is to make the money through cosmetics. That system is used by many esports; some have initial buy-in costs like Overwatch and offer cosmetics on top. Some games offer cosmetics but only through loot boxes, a controversial practice now illegal in some countries. Eventually, esports may move to a model more like traditional sports where the audience of the game, not the items used to play, drives the revenue.

“[Many of the popular esports] monetize similarly by providing in-game customizations and rewards, which isn’t necessarily how a true sport is run,” wrote Nicola Geretti, the founder of Super Bit Machine, in an email. “I think we’ll see a big transformation in esports, where most of the capital is driven by the fanbase, rather than the players playing the game. We are just starting to see that with what Blizzard, Riot and Valve are doing. The NBA doesn’t make money selling basketballs, after all.”

Still, esports is a ways away from the massive team fan bases and TV contracts that drive that revenue in traditional sports. But for now, in-game offers are crucial to create the revenue to keep a game going. For Armajet the price is just one part of their goal to make a successful esport.

Where many games have failed is in the spectator viewing experience. Whether Armajet will be successful or not remains to be seen but the unique format for the game lends itself to a more natural viewing experience than other shooters.

It has taken CS:GO years to reach the broadcast point it is at now. Overwatch, which has had much less time to work out kinks, still has a range of viewing issues. By placing Armajet in a 2D format, many of the issues relating to camera switching and confusing action are mitigated.

“Because of our background in esports, Armajet was always built with competition in mind,” Geretti continued. “The meteoric rise of esports and Twitch made it more important for us to work on our camera systems for spectators. Some of the early game modes we had prototyped were incredibly fun but too complicated to watch or understand if you weren’t a player. A new version of those game modes retains the depth of gameplay while making it more entertaining to watch.”

A game being too complicated to watch without people having played it is one of the main barriers preventing esports from truly going mainstream. Only the sports simulation titles, Rocket League, and some fighting games are truly digestible to the casual fan. CS:GO and Call of Duty are both pretty self-explanatory but most of the higher level strategy is lost on non-players. MOBAs like League of Legends and DotA, and complex shooters like Overwatch, are all but lost on the casual viewer, despite being some of the most popular esports.

In continuing the comparison to traditional sports, the number of people who watch football drastically outnumbers the amount that has ever put on pads and a helmet. Same with almost every other sport, and that’s because sports are generally easy to follow even for the casual viewer. The players, not the game itself, drive the interest in traditional sports. Esports isn’t at that point yet, but with more games entering esports taking these differences into consideration, the gap between players and viewers may close in the coming years.