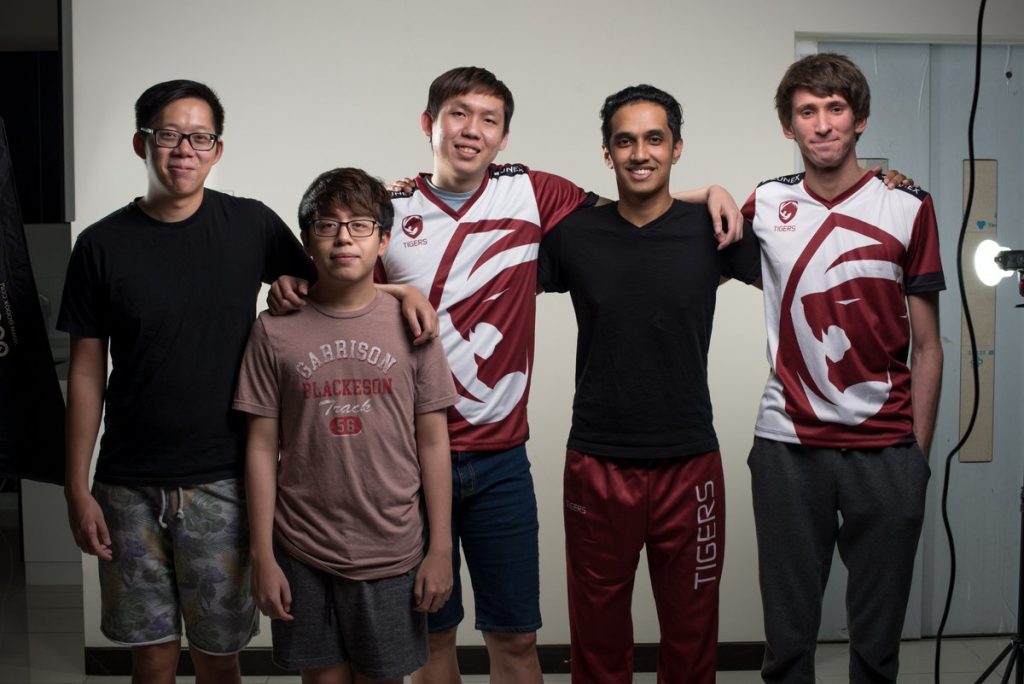 The Tigers surprised Dota 2 fans by announcing their fifth player: “Dendi," one of the most popular Dota 2 players of all-time.

One of the most popular Dota 2 players of all-time, Dendi joins Southeast Asia legend Chai “Mushi” Yee Fung on the roster. The team is captained by Theeban “1437” Siva. David “Moonmeander” Tan and Kenny “Xepher” Deo fill out the squad.

A long time rival to our players, now ally. Let’s welcome Danil "Dendi" Ishutin as the 5th member to join the Tigers family today! Bringing the team to a full roster. Fans of Tigers, we want to share this experience with you. Meet the new members of @tigers_dota . #roartigers pic.twitter.com/w75zbAg7yZ

Dendi joins the Southeast Asia roster after leaving Natus Vincere in September 2018. He had been with the CIS organization for nearly eight years. Under the Na’Vi banner, he won the first Dota 2 tournament, The International, and placed second at The International 2 and 3. The organization dominated in the early years of Dota 2 but more recently had struggled. Dendi announced he was leaving Natus Vincere in September 2018, after the squad missed competing at its second International in a row.

While looking for a new roster to join, Dendi stood in for Vega Squadron and Team Secret and participated in an Open Qualifier stack “FlyToTheMoon” for the Chongqing Major. The latter was knocked out of the Qualifier by WinStrike Team, formerly known as FlyToMoon.

Tigers originally formed in March 2018 as the TNC Tigers. They left the TNC organization in September 2018 and have achieved modest results since then. They won DreamLeague Season 10, the first Minor of the year, by beating the new Na’Vi squad 3:2 in the Grand Finals, but then placed last at the Kuala Lumpur Major. They failed to qualify for the second round of Dota 2 Pro Circuit events, and haven’t competed since the Chongqing Major Regional Qualifier.

The team released two players earlier this month, forfeiting 36% of their DPC points at that time. They sit in 21st position in the DPC rankings, with 76.8 points, behind Team Liquid and Keen Gaming who each have 90 points.

The Tigers’ new roster should debut competitively in the SEA Open Qualifiers for the Stockholm Major (DreamLeague Season 11), coming up later this week.