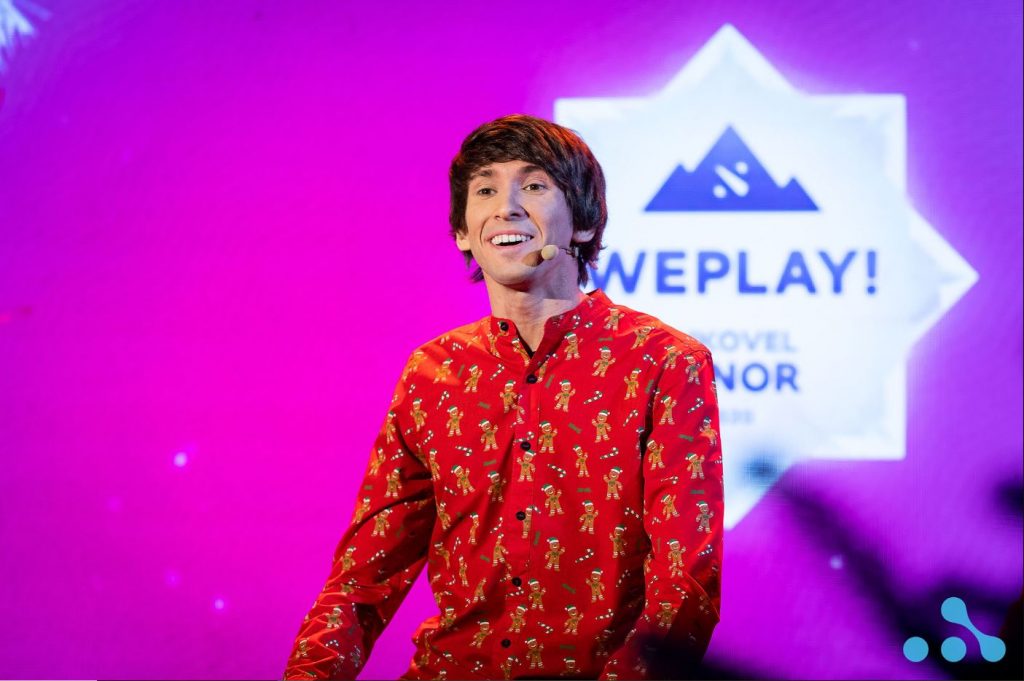 There are few details yet, but so far this doesn’t look like ‘B8’. (Photo courtesy WePlay!)

Legendary Ukrainian Dota 2 player, Danil “Dendi” Ishutin has revealed his new organization “B8” in a YouTube video released Monday. The news was accompanied by the launch of B8’s Twitter, Instagram, Facebook and VK pages.

What time is it?
Time to take the next step!

In the video, Dendi, made up to resemble an older version of himself, shares a heartwarming moment with his “grandson” reminiscing about his former success. Set “Somewhere in Lviv” on January 27th, 2059, the video has the pro heading out for a fishing trip with his grandson and reminisces about his success with Na’Vi. As the video concludes Dendi fishes out the new logo of B8, suggesting his story hasn’t finished yet.

Dendi has been inactive for Natus Vincere since September 2018, but has appeared briefly for organization in several capacities since then. This includes a notable appearance at Midas Mode 2 and a show match at the WePlay! Bukovel Minor. The announcement marks Dendi’s first truly official split from Na’Vi.

May the skill be with us!#b8d

Details of Dendi’s new organization are limited, with the pro promising more details soon. However, the freshly released social media pages describe B8 as “An esports organization that unites professionals, aspiring talents and esports fans.” Development of B8 seems to have been underway for several months, as many of the social media accounts and pages list December as their initial join date.

The region, players, or plans for which tournaments the org will join, and whether the team will focus solely on Dota 2 or branch out into other esports also remains unknown. For the latest news on B8 and any new developments keep your eyes peeled to their official Twitter page.