Damonte: I didn’t just luck my way into this 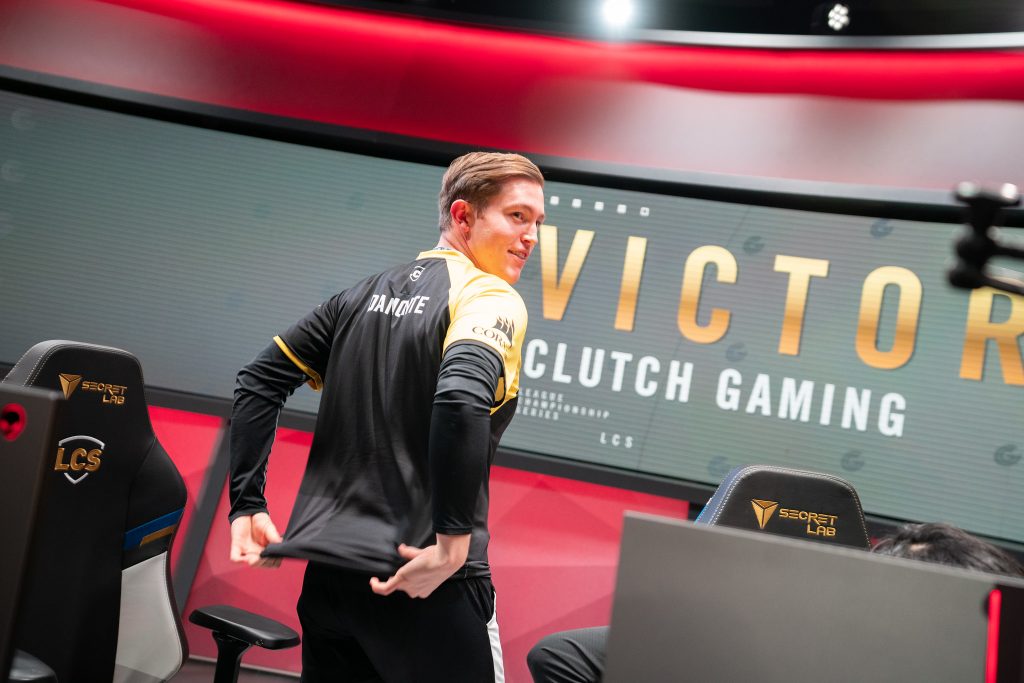 “The only time I was ever scared was when I first debuted.”

Amidst the clamor of Clutch Gaming’s bustling hotel lobby in Berlin, the conviction in Tanner Damonte’s voice came through clear as day.

“The whole idea or thought of being scared definitely doesn’t resonate with me anymore. There’s a reason I’m here right? I didn’t just luck my way into this. I’m gonna go into every match confident and play my best.”

Damonte, who’d spent the majority of his professional career in the shadow of mid lane giants like Henrik “Froggen” Hansen, Søren “Bjergsen“ Bjerg and Nicolaj “Jensen” Jensen, was never one to sell himself short. His status as one of two non-imported mids playing in the League of Legends Championship Series instilled within him a sense of pride. Regardless of pedigree, there’s not a single player in the LCS that earned their starting spot on accident.

That infectious confidence is what the community has come to know and love him for. Within a single year, “Tanner Time” has captivated the hearts and minds of North American fans, and it doesn’t seem to be going away anytime soon. 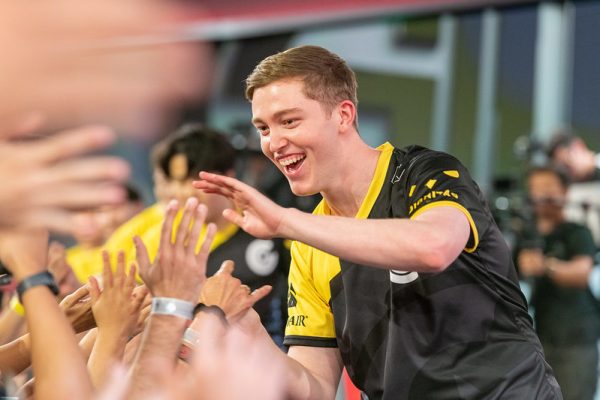 Despite his recent boom in popularity following Clutch Gaming’s miracle gauntlet run, Damonte’s journey to the top has been anything but a fairytale story.

Unlike most pros, who took a liking to League in part due to their love of other online games and/or MOBAs, Damonte wasn’t the sedentary type growing up. As a two-sport athlete involved in both football and baseball, he considered gaming to be a casual hobby and only delved into console games like Call of Duty. It wasn’t until he was introduced to Minecraft through YouTube that he asked for his own computer and entered the world of PC gaming.

“I had a really tight group of internet friends. We played Minecraft together for a year and then we played League together for a year,” he said. “We slowly started growing apart. I started getting a lot better than them, and they didn’t have fun playing with me anymore. Once that happened, I just stopped talking to them as much and I just kinda started playing ranked all the time. It happened in a span of six months; I went from Gold to Diamond 1.”

He realized his knack for the game and quickly reached high Elo. His next goal was to find a team, and luckily for him, his family had given him their full support. Around 2013 and 2014, he’d began entering various online tournaments with other highly rated players such as current Cloud9 support Tristan “Zeyzal” Stidam. His performance eventually lead him to be scouted onto Cloud9 Challenger and later onto Echo Fox in 2017.

“I credit Froggen a lot to how much I learned,” he spoke of his time on Echo Fox’s 10-man roster. “I basically got to scrim versus Froggen every single day for a full split.”

Damonte had picked up on some aspects of Froggen’s famously creative playstyle and referenced his own ability to adapt to whatever his team needs. He considered this to be one of his greatest assets as a player. Unfortunately, low regular season placings and poor playoff results hindered him from standing out in a meaningful way. Following a stint on Echo Fox Academy in 2018, he’d get his first real shot at showcasing his talents with the 2019 Clutch Gaming lineup.

Damonte’s journey from 9th place to Worlds with Clutch was by no means an easy feat. For the majority of the year, Clutch was missing the special synergy necessary for a team to achieve success. The Spring Split was a wash, and some troubles carried over into summer.

Around week five of the Summer Split, Clutch was experimenting with many different iterations of the starting roster which eventually prompted the coaching staff to bench Damonte. While he never felt like he truly had to fear for his job, it was a low point in his career. In his opinion, the decision felt unfair and even disrespectful.

Many of those changes were done to patch up issues within Clutch. Damonte cited that establishing a good team environment was much more difficult within an esports team than with a traditional sports team. Compared to other sports where teammates overcome adversity through strenuous physical means, strong mental and emotional relationships are crucial to forming bonds in esports. 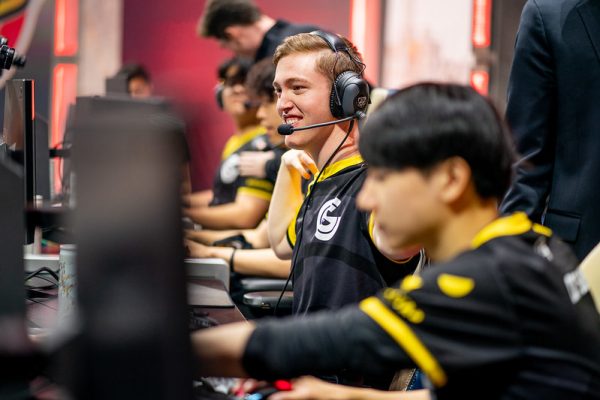 “We didn’t even get that bond until week seven of Summer Split, and we were playing together for eight months before that,” he started. “It took us finally thinking that we were good in scrims, and then we took a loss to CLG in week eight and we all knew we should’ve won that game. It was an important game for playoff standings because after that we couldn’t lose again.”

That loss signified the beginning of a new chapter in Damonte’s development as a player. The unified drive of his teammates, as well as the resources provided by Dignitas CEO Mike Prindiville (such as a new coaching staff), were the tools he needed to truly unlock his potential.

In one split, Damonte changed the general community perception of him as a bottom-tier mid laner in North America. On the road to Worlds qualification, he shut up his doubters by denying Bjergsen in two separate best of fives. For Damonte, he’d felt like his series victory over TSM in the finals of the LCS Regional Qualifier was the first time he truly felt stronger than Bjergsen in a best of five.

Day One: The Demon King Returns

After barreling through the 2019 World Championship Play-In Stage, he’s faced with an ever greater task: stacking up against the likes of SK Telecom T1, Royal Never Give Up and Fnatic in Group C. Where most rookies would falter at the thought of laning against the world’s best, Damonte fearlessness shines through.

“In order to beat all of the best players, you just need to have really good fundamentals. There’s nothing secret or nothing special that you can do to just randomly beat [Lee] Faker [Sang-hyeok]. The reason he’s so good is cuz he’s such a solid player all the time. I just have to go and play my game a little bit better than I normally do and I’ll match up just fine.”