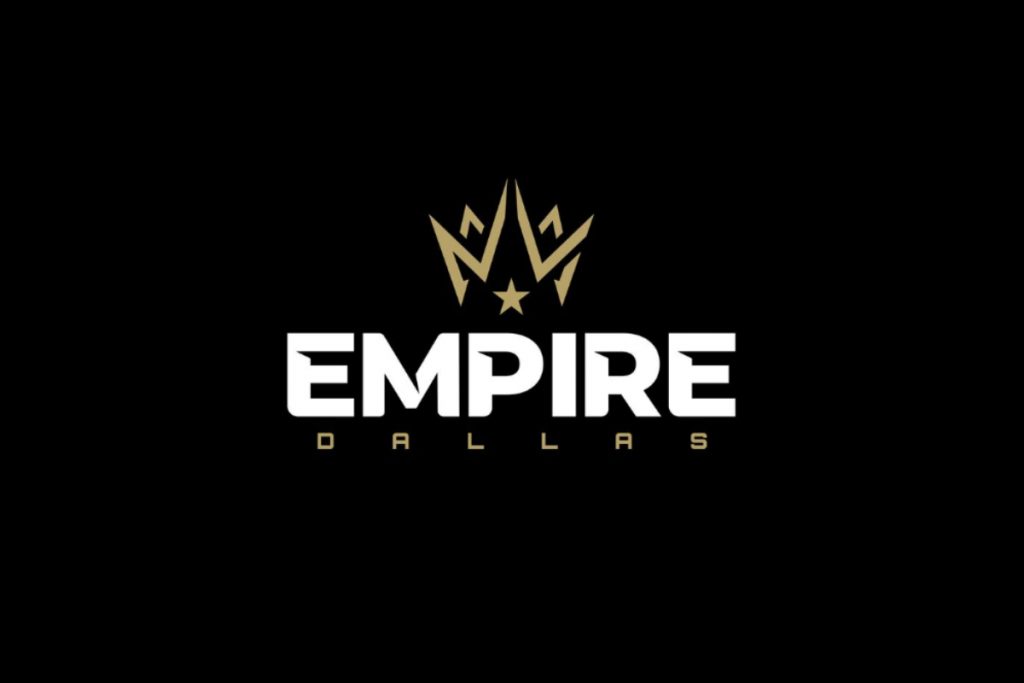 The Dallas Empire unveiled their logo and team name. (Image via Envy Gaming).

The Call of Duty League is set to begin next year with twelve location-based teams all competing to be the best professional Call of Duty has to offer. These teams hail from cities such as Los Angeles, Chicago, Paris, Seattle and more. While only a handful of teams have announced rosters, even fewer have revealed their official team branding. During the past week, both Dallas, London and one of the Los Angeles teams became the first few teams to unveil their branding heading into the 2020 season.

Honoring their legacy, building towards the future.

Dallas had a busy week, announcing their entire starting roster throughout it and culminating the reveal of their logo, colors and team name. The Dallas Empire look to lead the charge moving into the inaugural season of the Call of Duty League with their branding reflecting what came before and what the future holds.

The logo for the Dallas Empire is a crown that consists of the subtle inclusion of the letters “NV” which is a nod to their parent organization Team Envy. Envy has been a staple of professional Call of Duty for a long time and incorporating them into Dallas’ logo is a nod to what came before. The crown fits well with the name Empire, highlighting what Envy has built throughout their time in professional Call of Duty. It’s a name worthy of one of the most historic teams of all time. The black and gold primary colors are strong and fit into the entire branding overall.

London has been quick to the draw when it comes to big announcements. They were the first to announce roster moves and became the first team in the league to announce their branding – the London Royal Ravens. The Royal Ravens is a name fit for the great city of London, a city that has a regal quality to it and the great country of England which is the epitome of royalty.

The Royal Ravens name stems from the legend of the Tower Ravens, which highlights the Tower of London and the six ravens that occupy the fortress. If the ravens leave, the Tower falls. The legend behind the name gives it an even greater royal quality as it recalls the great myths of the past. The primary colors of red and blue, along with black and white, fit the colors of the UK flag and bring home the idea of the Royal Ravens representing all of England.

The Los Angeles Guerrillas also announced their team name along with their colors and logo. It was a guerrilla-style reveal, which plays into their whole identity as little information was revealed along with the branding. No explanation, players or coaches, the Los Angeles Guerillas burst onto the scene quickly and faded just as fast. They left nothing but their black, white and purple colors and a simple logo of a hooded figure.

There are still nine teams left to unveil their team branding but as teams continue to announce rosters, official logos and team names should follow quickly after. As of now, the Los Angeles Guerrillas, London Royal Ravens and Dallas Empire were the first to reveal their official branding. These moves set the stage going forward and leave fans excited for what’s to come.