Dallas Fuel Release All But Doha 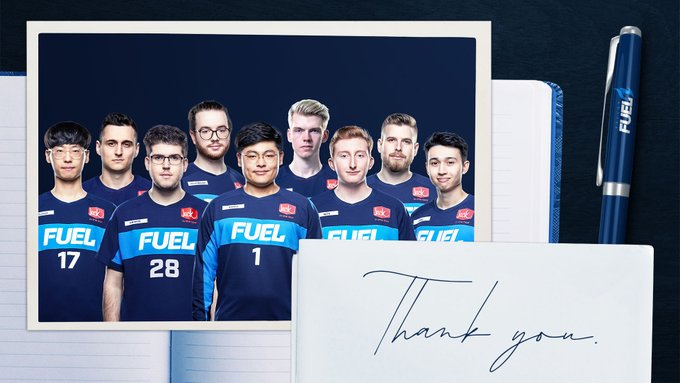 This past week, Dallas Fuel cut nearly their entire roster in a bid to rebuild their 2021 team from the ground up. In total, the team has cut 12 players and three coaches in the past three months. With only Dong-ha “Doha” Kim left on their active roster, Dallas is basically starting from scratch.

We want to thank them for all of their hard work, passion, dedication and time on the Fuel. We wish them the absolute best in their future endeavors. pic.twitter.com/efF9UWv5dQ

Dallas started releasing players and coaches before the season even ended. They released Gui-un “Decay” Jang, Assistant Coach Louis “Tikatee” Lebel-Wong and Head Coach Aaron “Aero” Atkins on August 3rd, after some sort of disagreement between the players and organizational leadership. Their departure was followed by the release of Assistant Coach Min-gyu “Vol’Jin” Kang on October 1st. While searching for a new head coach, Fuel have promoted Assistant Coach Yong-jin “Yong” Kim to be their interim head coach.

In early October, Flex Support player Benjamin “uNKOE” Chevasson announced his retirement from Overwatch and his intention to move over to VALORANT, this was the first postseason roster change for the team. However, the full deluge of releases began in earnest on October 16th, with the release of DPS player Stephan “Onigod” Fiskerstand and Main Support player William “Crimzo” Hernandez. Both players were key members of the starting roster.

Onigod was promoted to Fuel from the Contenders organization Team Doge part way through the 2020 season. The hitscan player was brought on to replace Decay, who departed a few weeks after Onigod was acclimated to the team. Although Onigod was a starter, he definitely struggled to fill Decay’s shoes. Crimzo was promoted to Fuel from their Contenders squad, Team Envy, in February. He was a starting player throughout the year and competed in both the May Melee and the Countdown Cup tournaments. At the end of the season, he was a highly ranked healer in several categories, including both Damage per ten minutes and Healing per ten minutes on multiple heros.

Next, Fuel released Main Support Nolan “Paintbrush” Edwards. The player transferred to Fuel in June from the L.A. Gladiators. Paintbrush was an OWL rookie in 2020, but despite his inexperience the player showed impressive mechanical and strategic skills during his time with both Gladiators and Fuel. He also made a good impression on fans and teammates with his positive and charismatic personality.

Later on Thursday, Dallas cut Off-Tank player Lucas “NotE” Meissner. NotE played with the team during the 2020 season and part of the 2019 season. Before competing with Fuel, NotE was a member of Boston Uprising’s inaugural OWL roster back in 2017. He served as Fuel’s off tank throughout this past year, primarily playing Sigma and D.Va.

Fuel capped off Thursday’s player purge by releasing Main Support player Won-sik “Closer” Jung and Main Tank player Ashley “Trill” Powell. Closer received a decent amount of playtime throughout the year, primarily coming in to play Lucio and Baptiste. He was with Fuel during both the 2019 and 2020 seasons and his departure is definitely notable. Trill was promoted to Fuel’s main roster in May from Team Envy. Unfortunately, the Australian player only received a small amount of playtime, as Fuel relied heavily on their starting Main Tank player, Overwatch legend Young-jin “Gamsu” No.

Finally, Gamsu announced that he too will be retiring from Overwatch, and will be pursuing a career in League of Legends. Gamsu played in the Overwatch League from the very beginning, competing in the inaugural season with Boston, second season with Shanghai, and finishing with Dallas.

We want to thank them for all of their hard work, passion, dedication and time on the Fuel. We wish them the absolute best in their future endeavors. pic.twitter.com/efF9UWv5dQ

The massive roster changes aren’t entirely surprising. Dallas is coming off a very disappointing 2020 season in the Overwatch League. They were eliminated early on in the playoffs, and finished their season with a 9-12 record. On top of looking poor on paper, the team also dealt with some internal struggles and reorganization in August that killed any momentum they might have been able to build for the postseason playoffs. After such a frustrating season, the team’s instinct to start over is reasonable. However, they have cut some very notable talent and those decisions could come back to bite them.

We can expect to see Dallas signing a number of free agents and possibly a new head coach over the next several weeks. They will be free to start signing free agents on October 24th, according to the 2021 roster construction rules.