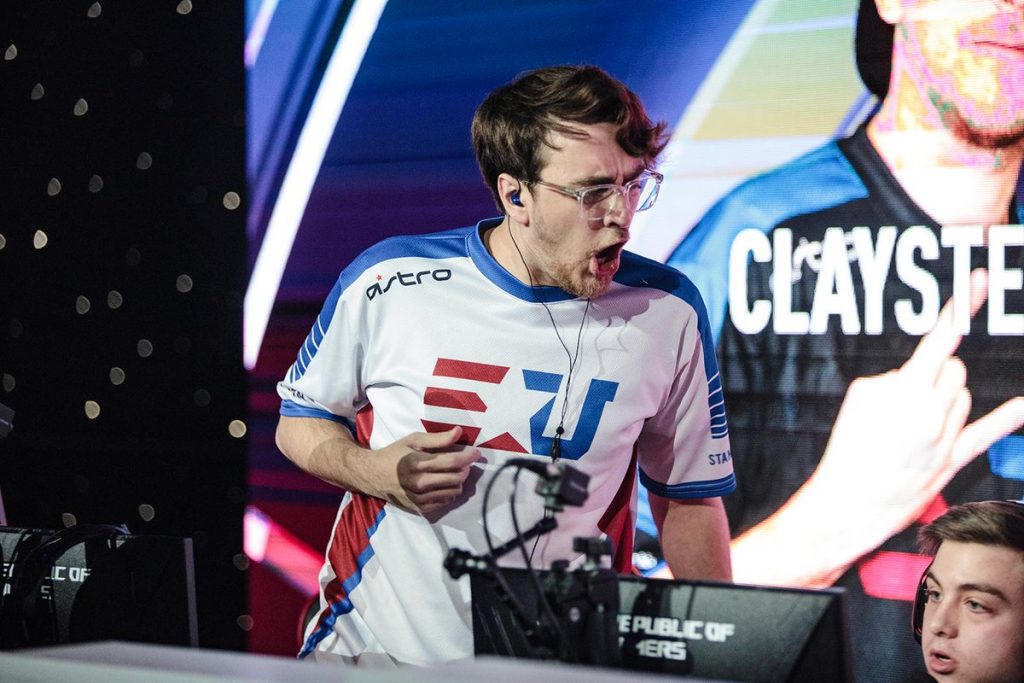 EUnited marched through the upper bracket to secure their CWL Pro League Playoffs title in Miami. Image via MLG.

It looked for all the world like eUnited were set to be Gen.G’s final victims at the Miami Beach Convention Center after the runners-up surged through the bottom half of the CWL Playoffs to the grand final.

After falling into the lower bracket with a 3-1 defeat at the hands of eUnited early in the tournament, Gen.G marched through a handful of tournament favorites to clinch their place in the Call of Duty World League Pro League Playoffs.

Having shone all tournament, Chance “Maux” Moncivaez had the opportunity to once again guide Gen.G to an unlikely victory. His squad scored a rapid 3-0 win over eUnited in the first of two potential final series.

Gen.G stormed to a 250-123 win on Hardpoint, and a 6-3 Payload Search & Destroy triumph. The team clinched the bracket reset with a 3-2 on Arsenal Control.

Then came the deciding battle.

In the second final best-of-three, it was all eUnited all the time. Gen.G’s opening 3-0 forgotten, the North American roster charged through Seaside (Hardpoint), Hacienda (Search & Destroy), and Frequency (Control) to clinch their South Beach silverware.

It's been a long time coming… congratulations to @eUnited, your 2019 CWL Pro League CHAMPIONS!!!#CWLPS4 | #CWLFinals pic.twitter.com/5t7GCaSSdv

As well as claiming a major slice of the $1.25 million USD at stake at the Major League Gaming event, eUnited’s victory also marks another massive milestone. The 3-0 win snaps a title drought of more than 1,400 days for team captain James “Clayster” Eubanks.

Not including the just-for-show PlayStation Experience Invitational in December 2016, Clayster had last lifted a winner’s trophy at the MLG Pro League Season Three Playoffs in September 2015.

“This means more than anything to me,” Clayster said in the post-match interview.

While the 3-0 second series victory crowns a narrative around Clayster, eUnited’s near-Sunday stroll through the final three maps closed the chapter of Gen.G’s fairytale run through the titans of the tournament in the lower bracket.

The tournament was billed as two-time back-to-back champions 100 Thieves’ to lose. FaZe Esports’ 3-0 demolition against them in their opening game laid waste to their best-laid plans, and dropped them straight into the life-or-death battle in the lower bracket.

Miami runners-up Gen.G were the shock package of the tournament with their lower bracket run. Image via MLG.

The tournament favorites bounced back with a 3-0 win over crowd darlings OpTic Gaming, one of the rosters framed to potentially dethrone 100T. The actual dethroning came in the next round. It may have taken five maps, but Gen.G punted 100T from the tournament.

The runners-up then began Sunday with a 3-1 win over Team Reciprocity off the back of a tight 250-201 win on Seaside Hardpoint, before closing out the four-map series 250-157 on Hacienda. Gen.G then swept aside FaZe, 250-115 on Arsenal Hardpoint, 6-5 on Hacienda Search & Destroy, and 3-2 on Frequency Control.

Their near-perfect thrashing of eUnited in the first of two potential grand final series seemed to square the lower bracket heroes as the potential champions. Instead, Clayster’s squad denied them at the final hurdle. Gen.G walked away with $300,000 and 40,000 Pro Points.