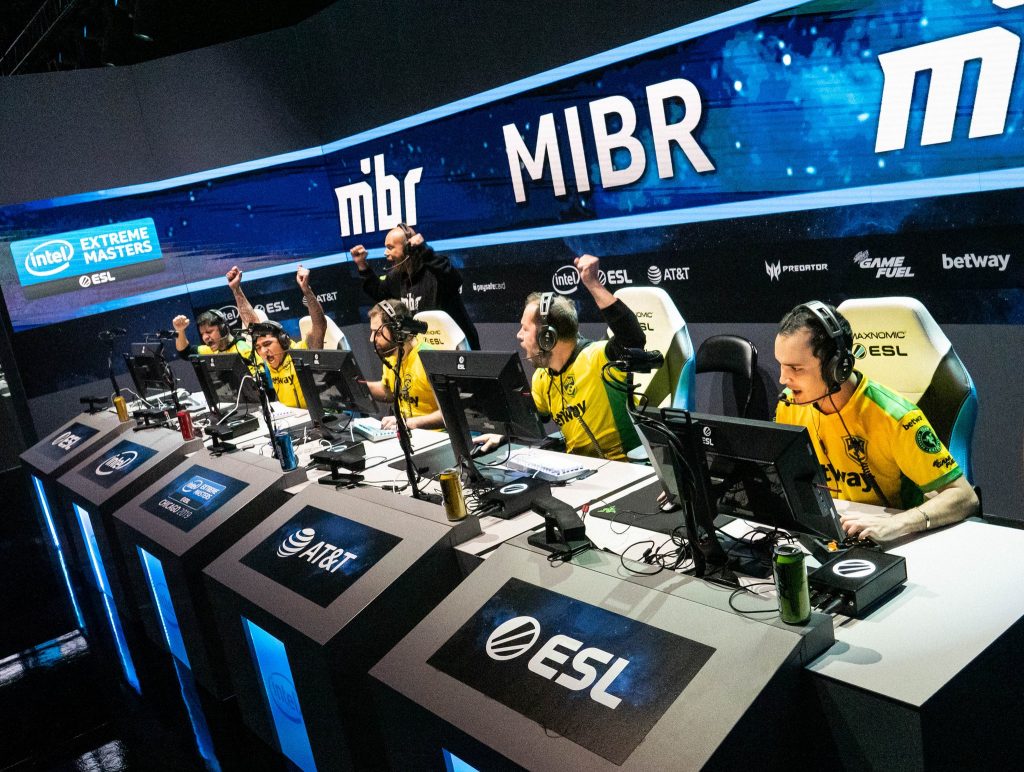 The Brazilian squad, MIBR, have come a long way this season. (Image via MIBR)

The Immortals purchase of Made in Brazil (MIBR) in 2018 was one of the most exciting brand revivals in all of Counter-Strike. The rich history of MIBR stretched back to 2003, and its revitalization in June of last year arrived alongside the signing of SK Gaming’s legacy roster to represent the team.

Forecasts were clear that this collective of star fraggers and compound Major winners should hit the Counter-Strike space running. Results over the last year haven’t met those expectations.

The acquisition of Cloud9’s celebrity duo Jacky “Stewie2k” Yip and Tarik “tarik” Celik had brought forth its own set of expectations for MIBR; the pair had recently come off a historic win at the ELEAGUE Boston Major five months prior and together the team brandished a wealth of talent. Although throughout this period were various flashes of luster such as an incredibly narrow defeat in the grand finals of ESL Pro League Season 8 Finals to Astralis, it seemed as if affairs weren’t exactly clicking.

Following brief tenures, Tarik was placed on the chopping block at MIBR and Stewie fleed to Team Liquid in exchange for Epitácio “TACO” de Melo and coach Wilton “zews” Prado in one of the highest profile trades of the season. Shortly after, João “felps” Vasconcellos was reintroduced into the lineup to complete the all-Brazillian roster that commanded ground on the competitive Counter-Strike circuit.

The group started 2019 off on the right foot by reaching the semifinals at the IEM Katowice Major, but it wasn’t long before the operation began unraveling again.

One of the game’s most respected in-game leaders and beloved personalities, Gabriel “FalleN” Toledo, spoke with Hotspawn about the expectations of reassembling the superteam with Felps and TACO.

“When we got Zews, Taco and Felps back, the expectations for us were to try to recreate what we did before in 2017. We had a good first result at the Major. We prepared ourselves well at a boot camp but we lost in the semifinals to Astralis,” he told us. “But after that, we went to China and lost to Windigo at WESG, and that was very hurtful because we wanted to do well in that tournament. From there on we didn’t do well for our own expectations and things started [going] south from there.”

Venturing to China for WESG, MIBR was a heavy favorite at the tournament after their placement at Katowice. Reality panned out to be far from that as the Brazilians were trounced by a fiery-looking Windigo. MIBR’s underperformance in China was followed up by a winless outing on home soil at BLAST Pro Series: São Paulo, underscoring more severe problems for the organization.

It was apparent the team had to make changes to keep afloat, and they did. In June, Lucas “LUCAS1” Teles was welcomed onto MIBR from Luminosity Gaming in a loan exchange for Felps.

Getting the Energy Right

“When we [talked] about bringing someone else into the team we felt like the energy in the team was a little bit low. Felps is a very introspective person, and we already knew that when we got him again but we thought we could deal with [it] a little bit better than we did. In the end, we realized that maybe having someone who would be a little bit more outspoken, a little bit more energetic outside the game, would be helpful for the atmosphere.” FalleN told Hotspawn. “Felps was struggling a little bit playing under the atmosphere we had on the team, and he had to sacrifice himself in terms of in-game specifics to really be the player we needed at the server. He was having a bad time doing it and it wasn’t too fun for him and he wasn’t really fixing the mistakes we were pointing out. So both combinations of those things led us to Lucas.”

It was rumored FalleN had his eye on LUCAS1 for some length of time, although his allegiance to brother Henrique “HEN1” Teles on Luminosity had curbed those plans from coming to fruition. Digging further into the rationale behind the LUCAS1 signing, we discovered the support rifler’s spirited mentality was a catalyst in the decision as Fernando “fer” Alvarenga tells us.

Fer said of LUCAS1, “He can put you back into the game even though you’re losing. He’s a guy that brings the energy and up and brings a really good atmosphere. When you’re playing with a guy that is always bringing you up, you have to copy him – I’m going to follow this guy because he’s hype as fuck so I’m going to do the same. It’s important to have a good energy on the team because when you’re playing happy it’s easy to play, it’s just like flow.”

Although collectively MIBR were pleased to welcome LUCAS1 as their newest addition, more unexpected complications were right around the corner. Less than two weeks ago, two-time HLTV best CS:GO player and longstanding member of the team, Marcelo “coldzera” David, announced his self-benching on MIBR.

The news blindsided the Brazillian squad, putting them in a rough position where they now must field coach Zews at the upcoming StarLadder Berlin Major. It’s a less than ideal scenario.

Coldzera served as an integral part of the team’s successes and leaves a void in the side of the group. Although it was a bitter pill to swallow, the team understood and, more importantly, respected the decision to dismiss himself.

“I prefer seeing the way that what we did with [Coldzera] was amazing, it could probably be the best things we ever did in our careers, all the achievements we had. I am very proud of all the things we did together and that’s what I would take from it.” FalleN voices. “I see Coldzera as someone who was very important for me, as a person, as a player and career-wise as well and he’s a great individual. He’s going to take his path, we’re going to take ours and it’s going to be great for both in my opinion. And for him I think it’s going to be great as well, if he manages to find a good team that’s going to buy him and he’s going to be able to play high-level CS he’s definitely a super great player and he’s going to have success as well.”

Fer chimed in by acknowledging Coldzera’s decision to step away from MIBR was difficult for both parties.

Looking bright despite the plight

The recent trials have left MIBR in an unfavorable corner, but not without hope.

The next few months for MIBR are about staying positive, creating a good atmosphere and most importantly, having fun. Fer attested to adopting this attitude in an HLTV.org interview, to which we asked the 27-year old rifler to elaborate on why enjoyment was a priority.

“We are trying to recreate our team, recreate ourselves because we are not the same team as we were when we [were] top one in the world. We are not the same people that we were two years ago – people change, everything changes.” Fer attests. “I think the most important thing in life, in your job or whatever you’re going to do, you have to be happy doing what you do.”

With a StarLadder prospect dampened by the exit of Coldzera, MIBR’s approach has shifted towards making the best with what they have at hand; resetting the team and infrastructure in hopes of making strides towards an influence the company once carried.

Though, the question of who will replace Coldzera in the active lineup is still very much at hand. Speculation has begun floating around that INTZ’s Vito “kNgV-” Giuseppe is a target for MIBR – although nothing about this transfer seems concrete. Consistency and vigor made Coldzera the great player he was on MIBR, and if the team is looking to replicate the success they once had by finding a comparable option, they’ll have to take some time as FalleN explains.

“We want to get someone who has this energy outside the game because we feel that we need this, we need someone who is very outspoken and very energetic to bring this hype up. We are taking our time to see and we are going to wait until the Major to make a decision.” FalleN says. “The only way for our team to be winning is if they are ready to lose. I think right now what the team is looking for is to recreate this atmosphere where we are looking for every new challenge to grow as players and learn more and more so we can get to this top-level again. And in the process why not have fun? Why not really enjoy the moment and really be very happy for all things we conquered.”

All in all, MIBR is a team bursting with talent and exuberance. The plan of action to focus on the atmosphere, foundation and spirit of the team displays a certain level of maturity and investment hopefully to be cashed in for another Major tournament win.