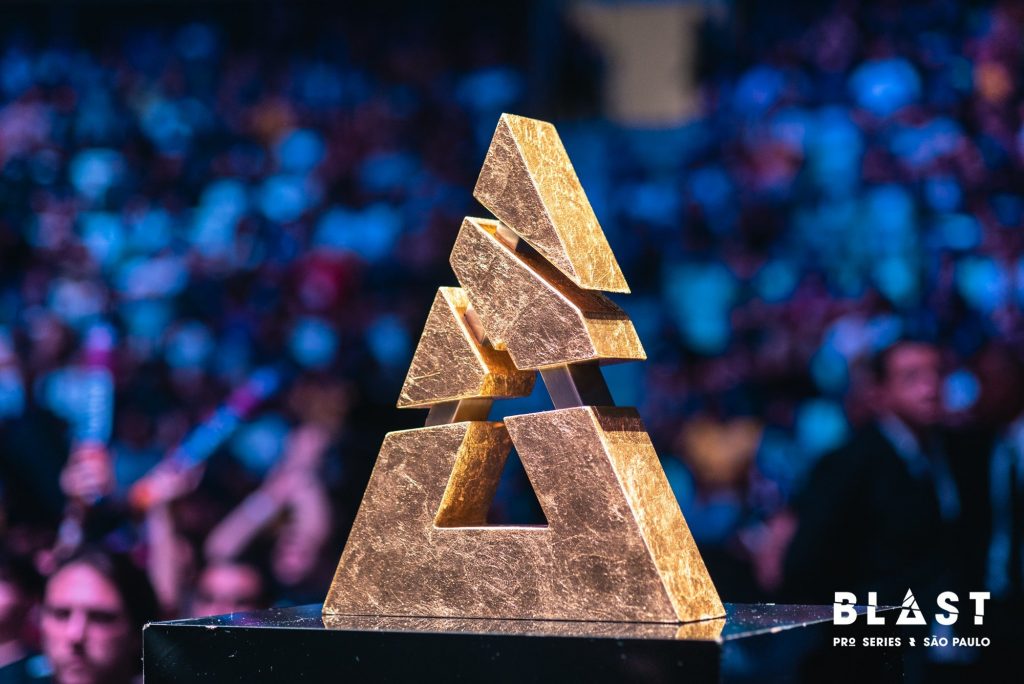 The Blast Pro Series is descending on the City of Angels for its fourth event of the calendar year. Image via Blast Pro.

There can be no doubt that international Counter-Strike has a new reigning king. After securing the Intel Grand Slam with four straight victories in Sydney, Dallas, Montpellier, and now Cologne, Team Liquid have cemented their dynasty as the best team in the world.

Their absolute dominance in the past few months makes the upcoming Blast Pro Series: Los Angeles even more interesting. While Team Liquid has been clinical in IEM and Dreamhack events, the North American team has had a difficult time clinching trophies in the RFRSH-hosted competitions.

In both events TL have attended in 2019 they’ve finished runners-up, first to Astralis (2-1) in São Paulo, and then to FaZe Clan (2-0) in Miami. There can be no doubt that TL are the frontrunners for CS:GO around the world right now, but a victory in the next Blast Pro Series is vital if they want to maintain the unbeatable aura that has developed around them.

While Astralis are not attending the LA tournament this weekend, FaZe certainly are. The Miami champions have only made one change since last entering the BPS, replacing Dauren “AdreN” Kystaubayev with veteran commander Filip “NEO” Kubski.

Outside of a mixed performance in Sydney in May, FaZe have been strong in recent months. They locked their second title of 2019 with the BPS victory in Miami, and went on to a semifinal run at DreamHack Dallas, and a quarter-final berth in Montpellier.

FaZe represent a major threat to Team Liquid, but they’re not the only squad that may have what it takes to knock over the kings. North American representatives NRG Esports, who join the tournament as wildcard invites, have also had a red-hot last few months.

Outside of a 9th-12th finish in Dallas, NRG have finished fourth or higher in their last eight tournament entries. A 2-1 loss to G2 Esports denied them a chance to face TL in the Pro League grand final, and they copped a similar result against Fnatic in Sydney’s semifinals.

NRG have also had a change behind the scenes coming into Miami. After two years with the squad, Damian “daps” Steele has been dropped to the bench for the team.

In his place, Canadian superstar in-game leader Peter “stanislaw” Jarguz joins the team. The former OpTic champion is expected to solve NRG’s on-the-fly communication and turn NRG from a top-five contender into a real title threat moving forward this year.

Has Cloud9’s roster demolition changed anything?

There’s no question C9 needed a roster implosion like this to happen. Even just looking at their Blast Pro Series results in 2019, they had finished fifth and sixth in two attempts. Their best finish at a major this year came at the Pro League Season 9 finals, where they were dumped from the event 16-12, 16-13 by G2 in the lower bracket second round.

Miami now gives us a chance to see how this new roster fits into C9’s plans. With poor results across much of 2019, there’s not a lot of expectations for the boys in blue. That may be the key to their success, however, as TL’s focus on FaZe and NRG may see C9 slip under the radar for a high-level finish.

The final two teams in Miami are less known quantities in terms of challenging for the title, for different reasons. MIBR have been struggling in a similar way to C9 this year, while Renegades haven’t been able to get results on the board and enter the BPS for the first time.

MIBR, in particular, are in a lot of danger roster-wise. Leading Brazillian superstar Marcelo “coldzera” David has reportedly requested a move away from his home-country team, and his performances are suffering because of it. Unrest in the all-Brazillian team has seen the team fail to mount any meaningful challenges in recent majors.

The poor results are a rough wakeup call for the squad that was close to the top of the entire scene at the start of 2018. A disappointing year just gone has rolled into struggles across the first six months of 2019, and if MIBR can’t fix what is broken behind the scenes, this outing in Miami may be the last time we see this roster together under the Brazillian flag.

Australian squad Renegades have also had a dip in performances recently, though nothing as drastic as MIBR, or C9 pre-roster boom. Renegades have slipped to 16th in the world rankings after breaking into the top ten, and at least a part of those struggles have been the visa issues that have plagued New Zealand AWPer Sean “Gratisfaction” Kaiwai.

Without one of their key dangermen, Renegades have been forced to call on Owen “smooya” Butterfield, on loan from BIG. Synergy in the roster suffered, and results did the same. Gratisfaction’s return in Dallas helped the side to a top eight finish, but it was clear the Renegades were still reacquainting themselves with their long-absent AWPer.

With the Kiwi back in their ranks, and proper practice now behind them, Renegades could pose more of a threat than MIBR to the big dogs of Los Angeles. They may use the tournament as a way to fully settle Gratisfaction back into the side, but if they click early, they also have a chance to throw disarray into the group stage battle at the HD Buttercup Building.

This will also be the first tournament in the Blast Pro Series to use the new best-of-three semi-finals system. In the past, the BPS events had cut straight to grand finals after the round-robin group stage.

“The format in Los Angeles will be our first tournament with BO3 semi finals, and similar to the live show, we will tweak the format as we go along during the 2019 season and build on the elements and formats that work best for us,” BPS executive producer Jordi Roig said.

The winner of the event at the HD Buttercup Building will take home the grand prize of $125,000 USD plus ten points towards the ranking that will be used to determine the four teams attending the Global Finals, where $500,000 will be on the line.

Tickets for BLAST Pro Series Los Angeles are on sale on the event’s official website, with single-day tickets costing $99 and a weekend ticket costing $149.