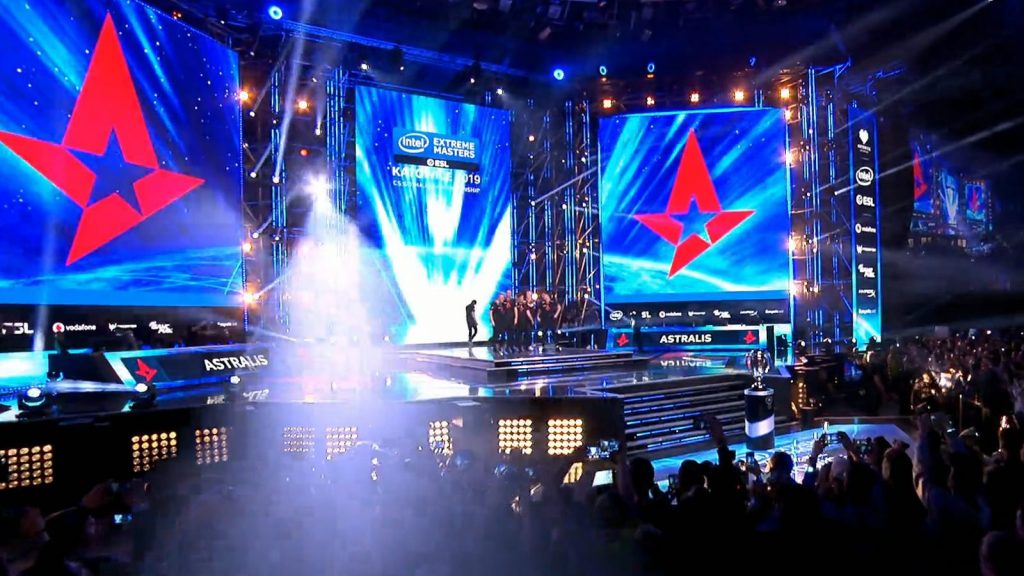 Over the years, IEM Katowice has helped furnish some of Counter-Strike’s greatest stories and moments - with the 2019 addition being no exception.

IEM Katowice 2019 has come and gone, but its legacy certainly won’t be forgotten. Over the years, Valve’s Major Championship series has helped furnish some of Counter-Strike’s greatest stories and moments – it’s most recent addition being no exception. From the action, to the drama, to the narrative – IEM Katowice had everything you could ever want in a CSGO Major, and for that reason, we’ve decided to compile our favorite stories to come from the tournament.

Before the bright lights and cheering started in the Spodek Arena, Vice President of Pro Gaming at ESL, Michal ‘CARMAC’ Blicharz, took to the stage and lit the room with emotion in his opening speech. Having been with ESL for nearly seven years and bearing witness to some of the greatest moments in the history of the Intel Extreme Masters – Blicharz had a very important message to share.

He starts off by answering an interview question he received asking his most memorable moment in IEM history, citing a Semifinal match in 2011 where the star player on the losing team dropped to his knees crying. Emotion was a theme of this example, explaining how a player must cross personal boundaries in order to achieve a moment of greatness – described as the “best feeling in the world” by Blicharz.

The feeling of greatness is one that is not given to you, as Blicharz explains, you have to fight for that emotion in which boundless amounts of sacrifice must be made; the notion of sacrifice a reference to Robin “flusha” Rönnquist who lost his mother and Astralis rifler, Peter “dupreeh” Rasmussen, who lost his father, both unexpectedly during the Major. Yet, despite the unthinkable pain and sorrow, both of these players continued to compete because they had to be in Katowice in order to be the best in the world.

Though the digital nature of esports tends to skew the line of emotion inherent in professional gaming, Blicharz encapsulated so admirably what it means to compete at an IEM Major. Bringing a number of those in the arena such as former Virtus.Pro player, Jarosław “pashaBiceps” Jarząbkowski to tears, the onset of raw, impassioned emotion was an unreplicable touch to the start of the event.

The Rise of ENCE

Any report on IEM Katowice would be incomplete without mentioning the story of Finnish technicians, ENCE, and their journey from the European Minor all the way to the Grand Finals.

Back in October 2018, ENCE showed the world what they were made of through a title win at StarSeries & i-League Season 6, toppling a few juggernauts on their way across the finish line. But something was different about this Finnish side’s performance; the cohesiveness and discipline apparent within the team gave us the feeling this was more than you flash in the pan success story.

Flashforward three months to January in arguably the toughest Minor pool and ENCE is able to surface at the top, stamping their passport to Poland for the Challengers Stage in Katowice. After a dominating performance, which advanced them into a more heated arena in the Legends Stage, ENCE faced serious complications as they were on the brink of elimination after falling into the 0-2 bracket. One of this team’s best attributes is their resilience, which rung true in their next three matches as they conquered the likes of BIG, G2 and AVANGAR in a sequence best-of-threes to advance into the Top 8.

While the playoff bracket spelled a Liquid vs. Astralis Grand Final initially, the Finns weren’t done carving out their mark at this tournament just yet. Overwhelming amounts of pressure, strategy and all of the qualities that make ENCE great were present in this series as they bypassed Liquid 2-0. Though spoiling the most anticipated clash in the tournament was a mixed taste, ENCE beating Na’Vi in the Semifinals conceded the feeling that this team deserved it – and they did.

From capable to adroit, ENCE’s conquest through the Katowice Major has unlocked their potential and positioned them as such to capitalize on their success through the upcoming season.

Where do you even start with a team like Astralis? They’ve accomplished seemingly everything a professional CS team could aspire for in the last year alone. Now following a nearly faultless tear through IEM Katowice that ties them with Fnatic’s record of most Major titles victories in CSGO, the Danes aim even higher.

The win did more than just add a piece of hardware to the Astralis trophy cabinet, it authenticated their legacy on an entirely new level. Ascending past the Fnatic era in which many weighed the greatness between the two dynasties – Astralis now agreeably seems to have surpassed that.

In a time in competitive Counter-Strike where there’s big money, big organizations and an abundance of resources for players and coaching staff – the level of competition has never been higher in the game. Even with that, Astralis being able to soar through the most prestigious tournament of all-time and only lose a single map is utterly astounding.

With every wide-margin win Astralis accrues, the players demonstrate an elevated level of professionalism and builds credibility to the professional CS landscape as a game inclusive of depth, formula, strategy and legitimacy.

All in all, IEM Katowice 2019 was the Major Counter-Strike needed – smooth, exciting and loaded with invigorating narratives to follow through the upcoming season. With new legends, Astralis on the cusp of exceeding Fnatic’s groundbreaking Major win record and teams like ENCE, Renegades, MIBR and Liquid all on the rise, the stage is being set for an intoxicating tournament at the StarLadder Berlin Major 2019, thanks to IEM Katowice.