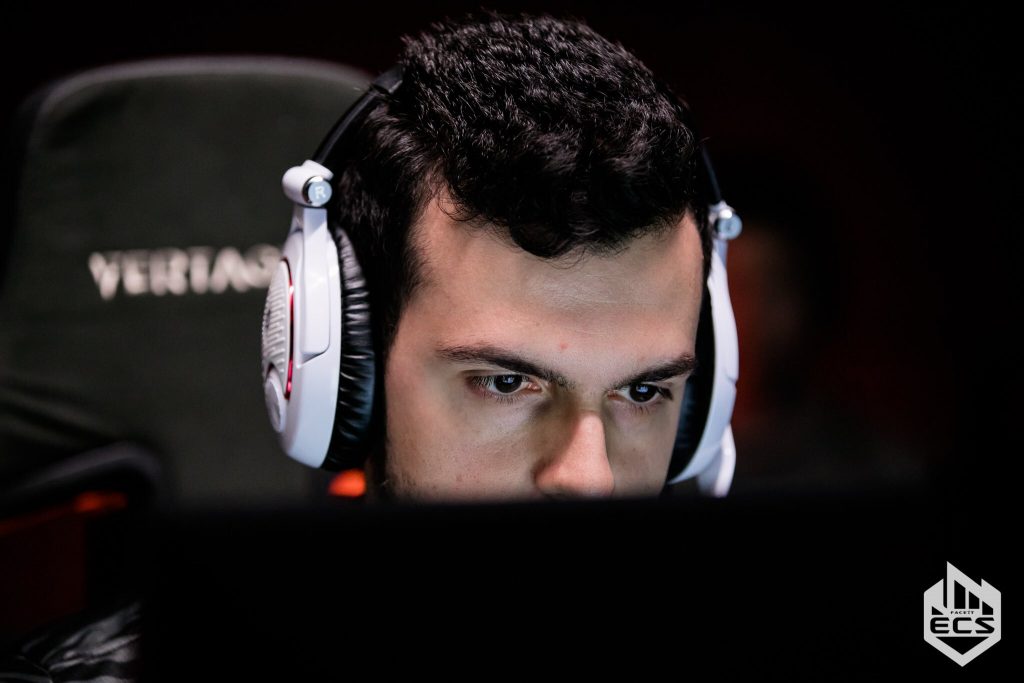 Evil Geniuses took the win in the North American division of ECS this week. (Image via ECS)

Week three of the Esports Championship Series has come to an end. Starting this week, the winner of each bracket earns a direct qualification to the ECS Finals in late November, in addition to the usual $12,500 prize. With more established teams returning to the brackets, competition is really starting to heat up.

The Ninjas Sneak Through

After losing a tiebreaker for qualification at ESL Pro League Europe, the Ninjas in Pyjamas came into this week hoping to gain some momentum. Their first match saw them face off against a fresh Team Heretics.  With the recent additions of Fabien “kioShiMa” Fiey and Lucas “Lucky” Chastang, Heretics have elevated their roster. Heretics showed their strength on the first map, taking Nuke in a 16-10 match. NiP would fight back, taking Dust II and Inferno in dominant fashion, both with 16-4 score lines.

Their next test would be Berlin International Gaming, or BIG, who notably knocked out a revamped FaZe Clan in their first match. Their first pick of Mirage didn’t go as expected. While the teams were even at the half, the Ninja’s CT side never faltered, resulting in a 16-8 win. However, NiP’s map choice would similarly go against them. BIG took off to an early lead closed out convincingly, 16-9. The tiebreaker map of Nuke saw NiP’s T side shoot out of the gate, earning 13 of the first 15 rounds. NiP advanced to the finals after a 16-3 stomping.

The finals saw NiP take on a relatively unknown M1X squad. They managed to defeat mousesports early on, so they weren’t just coasting off of easy opponents. Starting on Overpass, a 16-12 scoreline saw NiP go on tournament point. However, M1X wouldn’t fall easily. On their own map of Dust II, they put up a similar 16-12 victory, sending the match into a third map. The day belonged to NiP, who after mounting a strong 10 rounds on CT side, closed out after a clutch bombsite take and hold.

On the other hand, Evil Geniuses looked to continue to gain confidence back after their last-place finish at Malmö. Their first match was against the ex-Team Singularity squad. The now sponsor-less team put up little resistance, resulting in EG sweeping through with 16-9 and 16-2 scores on Dust II and Mirage respectively.

Up next was Complexity Gaming, who had recently lost to the Geniuses at ESL Pro League Americas. This match would be a rinse and repeat for EG. They won the first map of Overpass 16-13, their closest map of this tournament. EG put their foot down on Inferno, only allowing Complexity 5 rounds. Their second straight 2-0 send them through to the finals.

Cloud 9 would be the final hurdle for EG in the third week of the ECS. In practice, they weren’t a very high hurdle at all. The Geniuses dismantled C9 on Train 16-2, which was C9’s map pick. While Inferno was slightly closer, Tsvetelin “CeRq” Dimitrov’s AWP shut down C9 frequently, setting them up for a 16-9 win. Evil Geniuses won their bracket without dropping a map.

Half of the slots at the ECS Finals in Arlington, Texas have now been filled. With only two more weeks of qualifiers, many big-name teams are yet to punch their ticket. Due to early scheduling being tough, the final two brackets should be the most competitive yet.

Week 4 begins on October 21 on Twitch. Stay tuned to find out who will make the cut.