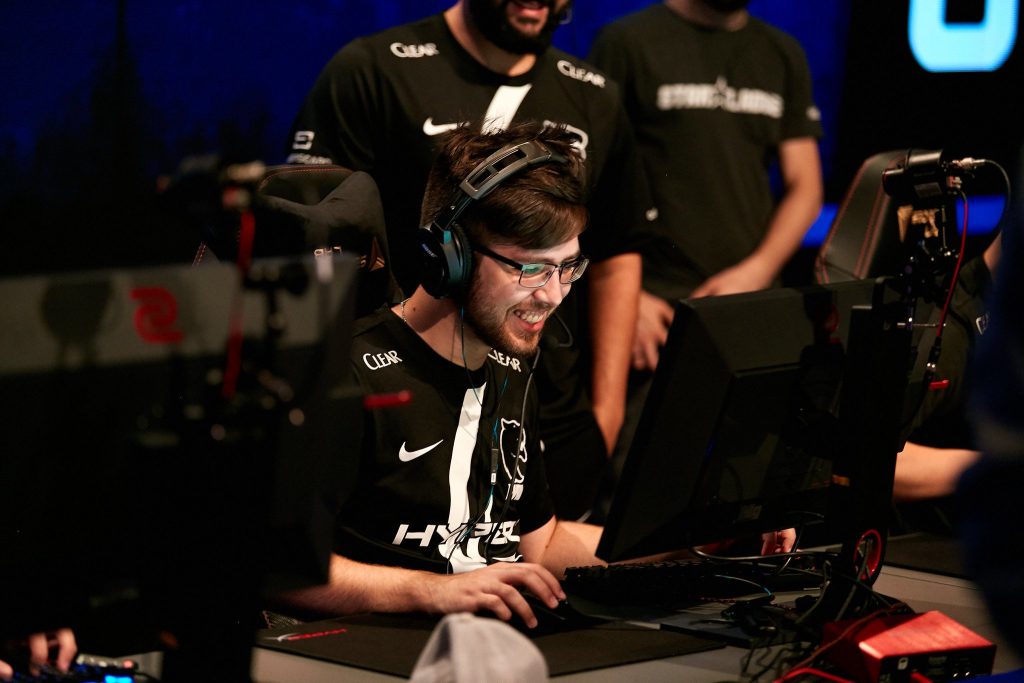 FURIA, NRG, mousesports and CR4ZY are the four teams advancing out of the StarLadder Americas Minor and Europe Minor, respectively. (Image via StarLadder).

The first half of the Minor process for CS:GO’s Berlin Major is complete. Now, European and Americas teams advance into the Challenger stage. From Europe, mousesports and CR4ZY emerged victorious while NRG Esports and FURIA Esports achieved success in the Americas. Meanwhile, third-place teams North and INTZ eSports will compete in the Third Place Play-in next Monday, July 29, for another shot to enter the Challenger Stage. With this news, let’s take a closer look at the big takeaways of the events.

Across both Minors, rising stars consisting of renewed teams and upcomers advanced into the Challenger Stage. In Europe, mousesports’ reformed roster took first place and continue their momentum as an emerging team amongst the world’s best. With both German organizations (BIG and Sprout) eliminated in the Group Stage, mousesports will want to continue their upward trend and arrive at the Berlin Stage as the hometown favorite.

As for CR4ZY, they have been on a path of destruction. They upset mouz in the IEM New York qualifiers, and now North and Fnatic in this Minor. It didn’t come without its learning process, as North beat them in the semi-finals, knocking them into the losers bracket. However, CR4ZY learned from their opposition and beat them relatively untested in their second bout 16-7 and 16-6, which qualified them to the Challenger stage. Eyes are most certainly upon them with the victories they have taken recently, so they will be one of the more exciting teams to follow in the Challenger Stage.

CR4ZY peaked exactly when they needed to. Fantastic run to their Major spot, beating fnatic & North 2-0. None can argue that their level can be terrifying. Congratulations!

In the Americas, reformed NRG took first place, although they did face worthy adversaries along the way. Their opening match against Team One was dominant, while their group stage final met with fierce competition from Sharks Esports. NRG took that series 2-0 but with 16-14 and 16-12 victories. Their next match against FURIA had mixed results despite another 2-0 victory. Granted, in the winner’s bracket final, the team looked like the dominant NRG of old with stunning victories over INTZ.

FURIA earned some redemption after ESL One Cologne by taking second at the event. They ran into some trouble against NRG but were able to come back and win in the losers bracket final against INTZ. Similar to CR4ZY’s results, FURIA looks like they have what it takes to battle top teams with adaptation and learning. Hopefully, this rebuilds FURIA’s momentum heading into the next stage where they can impress once again.

The Americas Minor featured lots of Brazilian teams most audiences are not aware of. The likes of Sharks and INTZ put up a good showing against Furia and NRG despite having little notoriety. Sadly, for Sharks, their journey ended in fourth, whilst INTZ will make an appearance in the Third Place Play-in. This is a good sign for Brazilian CS:GO. The region looks like it is primed with potential talent, which makes the region that much more exciting.

Jesus christ intz's coach is so fired up I'm actually a little scared.

As for Europe, NoChance contains known and new players on the team. This team is a passion project for the old guard of Mikail “Maikelele” Bill, Jesse “zehN” Linjala and Kevin “kRYSTAL” Amend. The team is org-less, with no money to support them other than passion. Their opening group stage win and 1-2 series vs mousesports show they are still up to the task. NoChance’s “nothing to lose” atmosphere earned them eyes and support from the world, and it was a feel-good moment despite finishing fifth-sixth.

If you love CSGO, you should cheer for @NoChanceGG at #BerlinMinor2019.

They represent the true essence of CSGO, its legacy, our roots.

Fnatic’s recent appearances at Major tournaments have been lackluster for such a prestigious team. The last time Fnatic appeared on stage at a major was at the ELEAGUE Boston Major, where they lost to SK Gaming. Since then, their major appearances have been disappointing. Fnatic failed to advance from the Legends Stage at the FACEIT London Major and then was eliminated from the IEM Katowice 2019 Challenger stage. And, as of this event, they failed at the first big hurdle.

This is telling of Fnatic’s trend as a roster. The team has faced hardship over 2018 and 2019 but have had moments where the old and new talent come alive. This has led to confusion over whether Fnatic is a legitimate contender at the top or a team that wavers in the wind. This minor is telling of the latter.

Fnatic had a good group stage, finishing 2-0. They won their opening best-of-one against Team Ancient 16-7 and had a 2-0 series victory over North in a promising display. Fnatic took the first map 16-2 on Nuke and the second 16-9 on Train. This surely displayed their ability to win on fragging and tactical maps with great individual showings.

The best performing players at the European Minor 📈

However, the playoffs stage was a very different story. In comparison to the groups, Fnatic’s control went out of the window as they were playing close games against stronger competition. Their first series was against mousesports with the opening match going to mouz after a close battle. However, mouz gained composure with strong control over Inferno, thus winning 16-9 and knocked Fnatic into the lower bracket. From there, their match against the rising stars on CR4ZY is where it hit the hardest. Both Train and Dust II ended 16-13 with CR4ZY advancing to the losers’ final.

Putting Fnatic’s results into context, they lost to rising star teams in the playoffs when it mattered the most. It seems like the old Swedish guard may not be able to hang out at the top anymore.

Missing my first major in CSGO history. Time to take a step back and reflect upon things. Thanks for all the support.

This week, the CIS and Asian Minors will complete the next half of the Minor stage. Following on, next Monday kicks off the Third Place Play In. This will round out the Challenger Stage, which itself kicks off on August 23.