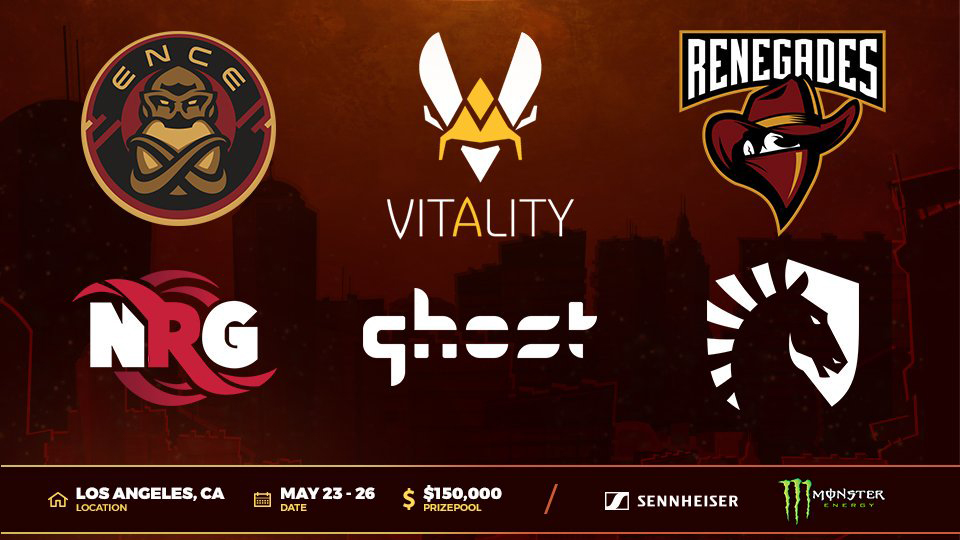 Tournament organizer and esports production company Beyond the Summit is hosting their cs_summit 4 CS:GO event from May 23-26. The tournament is being held at the Summit House in Los Angeles, California, with a prize pool of $150,000 USD. The event has these six teams in attendance:

The first three days are the group stages, with the final day allocated for the playoffs, including the semi-finals and the final.

The group stage will have a round-robin format, all teams will play each other twice. Each map will be considered an individual game.

Six teams, four days, one week away. #cs_summit 4 is coming to you with these matches! Broadcast will begin everyday at 8:30AM PDT on https://t.co/qrKRbhnook pic.twitter.com/9F49gZQvZs

The talent for the event is as follows:

The guest commentator and observer have yet to be announced.

We're in position and have eyes on the talent for #cs_summit 4. pic.twitter.com/PcdsQAnL7Q