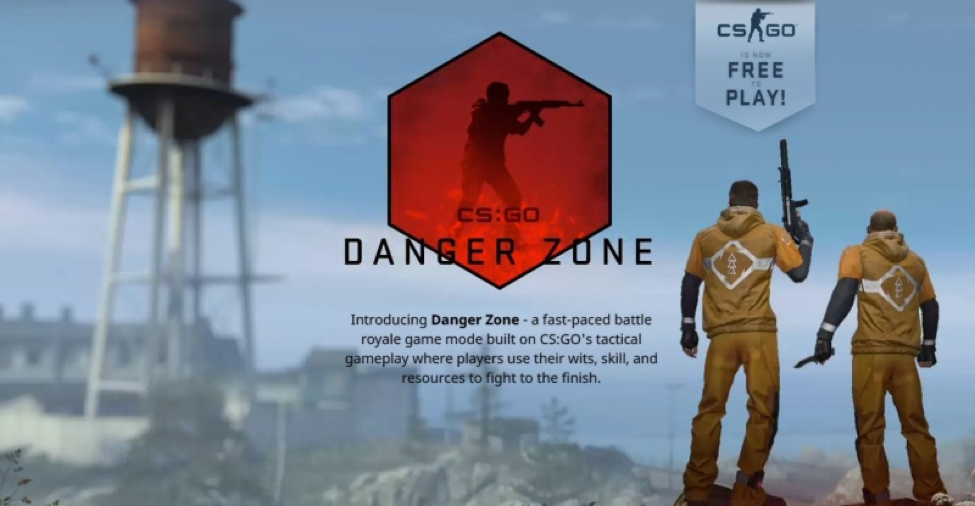 Battle royale has been a hotbed genre with the explosion of Fortnite and PlayerUnknown’s Battlegrounds over the last year. It wasn’t long before the popular Call of Duty franchise introduced Blackout, their own adaptation of the genre and now, Counter-Strike has entered the arena.

Danger Zone is promised to showcase classic Counter-Strike gameplay in this new dimension inclusive of the many battle royale nuances such as dropping into a site, scavenging for weapons and fighting to be the last man standing. Enter the Danger Zone by yourself or with a small squad using the solo, duo and trio search options listed to battle within a player pool of 16-18 people.

As Valve had hinted at previously, CS:GO has now been made free-to-play following the newest update – welcoming on the next wave of Terrorists and Counter-Terrorists to get in on the action. Those who have already purchased the game prior to the update will receive what is called “Prime Status”, making them eligible for exclusive items and weapon cases as well as being pitted against other Prime Status members in matchmaking.

Prime Status members can be obtained by either achieving Rank 21 through XP and adding a working telephone number to your Steam account or purchasing it through the Steam store for $14.99. Those who have played and enjoyed Counter-Strike prior to the Danger Zone update will receive a commemorative Loyalty Badge that can be appended to their profiles.

The Danger Zone Case was dropped alongside the update featuring 17 community-designed weapon finishes that are already the talk of the town. The inaugural Prime Status exclusive item is the MP5-SD | Lab Rats skin – an edgy blend of jet black and blood red with smoke-like accents wrapped around the barrel.