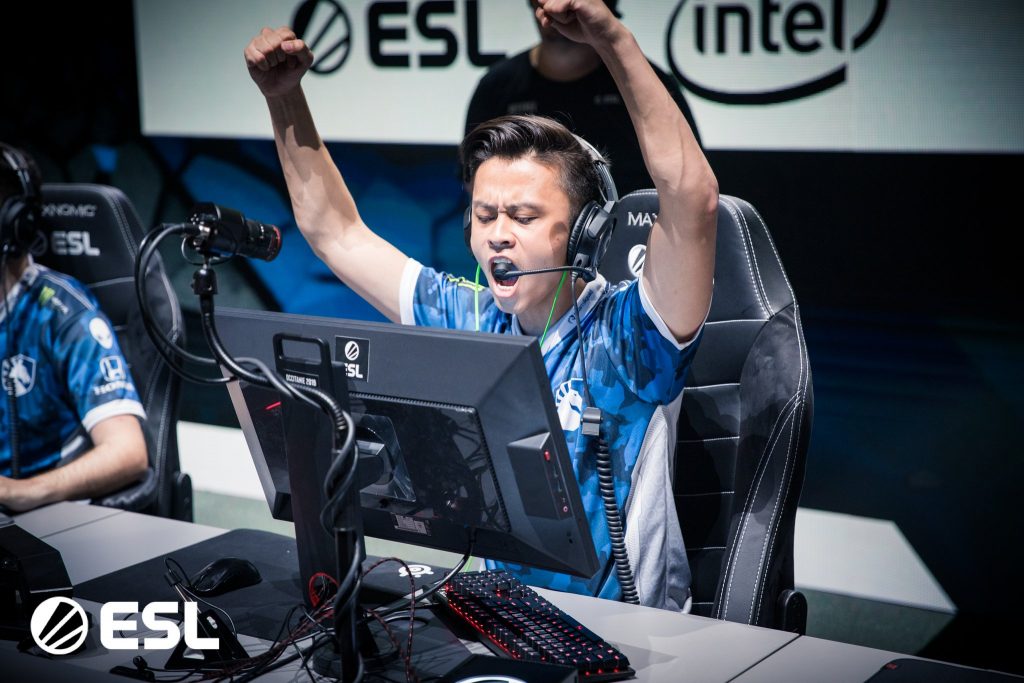 After the last round of the last map of ESL Pro League Season 9, it’s time to look at the numbers. There have been upsets, clutches and close games all week, with exciting Counter-Strike at the highest competitive level for spectators in Montpellier, France and around the world.

Group A started with three teams in the HLTV Top Ten: Astralis, Fnatic and NRG. The Danish super-squad Astralis was a clear favorite next to Team Liquid (HLTV’s number one team) to win the ESL Pro League and claim another Intel Grand Slam entry. But NRG managed to win the duel with Astralis in round three to take the spot in the semi-finals of the playoff bracket. Due to this loss, Astralis had to go to the quarterfinals, but they would play in front of the crowd again.

In the loser bracket, the fight for the last slot was claimed by G2 – a great win for the French boys, giving them a chance to show off their skills in front of their fans on home turf.

After a convincing start against Fnatic, NRG had to go to overtime twice against G2 on Dust 2 and Overpass, only to meet Astralis in the last game of the group stage.

Taking a look at the Kill/Death Ratio (KDR), it was either the AWPer Cvetelin “CeRq” Dimitrovor or Vincent “Brehze” Cayonteon the rifle to take the highest scores. Especially in the winning games against Astralis, those two carried their team to victory.

The very first game for Astralis in Montpellier was a 16-9 against Cloud9, followed by a clear 2-0 against Heroic on Vertigo and Inferno. Regarding their KDR, Astralis was playing at a dominant level again. Nearly all players were above the 1.0 line: a solid, top tier performance, as Astralis fans would expect. NRG in the next round was on another level: the NA team defeated Astralis 2-1, only giving Astralis their own map pick Nuke, on which Nicolai”dev1ce”Reedtzwas made play after play, ending with a 2.73 KDR.

On home ground, the French G2 Esports started against Greyhound on Nuke, beating them to then met NRG in the first best-of-three series. With two close games in overtime, G2 lost against the North American squad and fell to the lower bracket. There, they eliminated Cloud9 on Inferno and Overpass. Against Heroic, it was the AWPer Kenny “kennyS” Schrub who showed his skills on the sniper rifle on Vertigo with 23 kills.

G2’s scores are mostly positive – even if they lost a map, they had at least two players with great KDRs, and the trend lines ascend during the group stage.

The reigning champion Team Liquid was expected to dominate GroupB, though they might be challenged by FaZe Clan and North, who are top ten HLTV teams too. It was North who won the duel against Liquid already in round one, so the North Americans had to fight through the lower bracket to claim their spot in the playoffs.

mousesports and FaZe fought the last round for the semi-finals slots. It was mousesports who succeeded.

The German team, centered around the Dane Finn “karrigan” Andersen, had a great time in the group stage. Mousesports went to the playoffs unbeaten against MIBR, HellRaisers and FaZe Clan. Their overall KDR scores are impressive—just one player per map below the 1.0 line, regardless of which map was thrown at mousesports.

Robin “ropz” Kool and Chris “chrisJ” de Jong were playing at a high KDR level in every game. They never dropped below 1.0 and laid the foundation stone for an incredible group stage run.

FaZe Clan’s first round against the Chinese underdog Tyloo was a 16-12 win on Train without any big spikes on the KDR scores. Against North on Inferno, the numbers of the complete FaZe team dropped down, but they came back to normal on Mirage.

It was Guardian on Dust2 who kept up the trend but nevertheless, the team fell short against mousesports (and their former player karrigan) in the group stage finals. Not even Nikola “NiKo” Kovač could pull off an impressive KDR to get his team into the semi-finals.

Team Liquid had a bad start in the tournament, losing the best-of-one against North and dropping into the lower bracket to meet TYLOO. But they regained their grip on the game with great KDR scores on all players against TYLOO on Train and Overpass. Against HellRaisers, the North American team dropped one game on Inferno, but managed to take the series 2-1 to meet MIBR for the playoff slot fight in the lower bracket finals.

Against the Brazilians, it was Jonathan “EliGE” Jablonowsk who stepped up, as reflected by his KDR scores, to carry his team to stay in the tournament.

In front of their home crowd, French G2 team started the playoffs against FaZe Clan. Regarding KDR, only AmaNEk dropped into the red zone. All other G2 players performed with great Kill/Death numbers. FaZe Clan, on the other hand, had only NiKo on the first map with any positive score. Ladislav “GuardiaN” Kovács was taken out of the game completely. The crowd went mad as the French squad proceeded to the semis.

The Astralis/Team Liquid match-up was the clash of the titans. Everyone was expecting to see these two in the finals, but instead, it happened in the first round of the playoffs in front of an excited crowd. Astralis took the first game but Liquid was eager to win the next two maps on Inferno and Vertigo.

Emil “Magisk” Reif had a great KDR on Overpass but on Inferno, EliGE and Nicholas “nitr0” Cannella pushed their numbers to the 2.0 line while on the Danish side, only dev1ce delivered. Vertigo was a closer map regarding result and KDR numbers, but only Keith “NAF” Markovic  stayed below 1.0 for the Americans. All the other Liquid players stayed in the driver’s seat after their Inferno win. The collective good performance let Liquid keep Astralis at a distance.

After eliminating FaZe Clan, G2 encountered NRG in the semi-finals. Again the crowd stood behind the French team, who managed to take the series 2:1, giving away NRGs map pick Train.

KennyS put up great KDRs on all maps, outscoring Ethan “Ethan” Arnold and Brehze on NRGs side, who managed positive KDRs overall. The highest number was gained by the AWPer CeRq on Train, reaching 2.0 and being the backbone of the win, but like his teammates, he could not keep his scores up across the series.

On Overpass, AmaNEk and kennyS pulled the needed kills to win the matchup against NRG and to celebrate with their fans their entry to the Grand Finals.

Getting to the big stage without any lost maps, mousesports challenged the number one team to beat: Team Liquid. But the North Americans showed their skills on Overpass with EliGE, Russel “Twistzz” Van Dulken and nitr0 at 1.5 KDR. Mousesports was able to catch up on map two and take it to overtime, mainly with Özgür “woxic” Eker going crazy with 41 kills. Unfortunately, not one of his teammates could step up enough, so Team Liquid proceeded to the Grand Finals.

Time for the great show: G2 with the French crowd cheering them on and Team Liquid, the best team in the world at the moment, fighting for first place.

The first map on Dust2 was quite close, but Liquid managed to take it after G2 had a lead in the first half. But it had to go to overtime as kennyS and AmaNEk played above the 1.0 KDR line and Liquid’s trio of EliGE, NAF and Jacky “Stewie2K” Yi did the same.

On Overpass, Liquid showed how to play this map. Every single player had a positive KDR, taking G2 guys off the map all over the place. Only Richard “shox” Papillon could withstand the pressure and power, but his mates fell too fast, too early. For Liquid, nitr0 and Twistzz especially did a great job with kill/death numbers around the 2.5 mark.

Nuke was the battleground for a close match, and G2 took the map away from Liquid. Again the veteran kennyS on the AWP and Audric “JaCkz” Jug led their team with 22 and 23 kills. The numbers forLiquid’s players were similar as this was a closer map, but Stewie2K and NAF died too often (21 and 23 deaths). Unfortunately, Stewie2K could not help his team and added just nine kills to the scoreboard.

On Inferno, the battle seems endless. It was overtime after overtime until Team Liquid managed to overcome G2 with a 25:22 score. What a game to close the Grand Finals! Stewie2K showed the world what he can add to the team—leading the scoreboard with 42 kills. He and Twistzz were the pillars of the final victory against kennyS and shox who played very well on Inferno.

Overall, G2 put up a great fight regarding KDR scores and challenged Team Liquid more than once. It was a team effort as no one really stood out. The Americans had some great exceptional performance peaks like nitr0 and Twistzz on Overpass, but on the other maps, their numbers are simply better than their opponents.

Sources for data, matches and results: Liquipedia.net, HLTV.org
All stats are handcrafted by the author; Happy birthday Counter-Strike and hf, gl!

Counter-Strike: Global Offensive Other
Share
Joe Gstettner
Joe started playing games in the pre-C64 era and keeps it up until today. Due to his professional background, he loves to play with numbers, statistics and to gain some insights about players performances.
Follow me