Crown Retires After a Six-Year Career and Worlds Trophy Lift 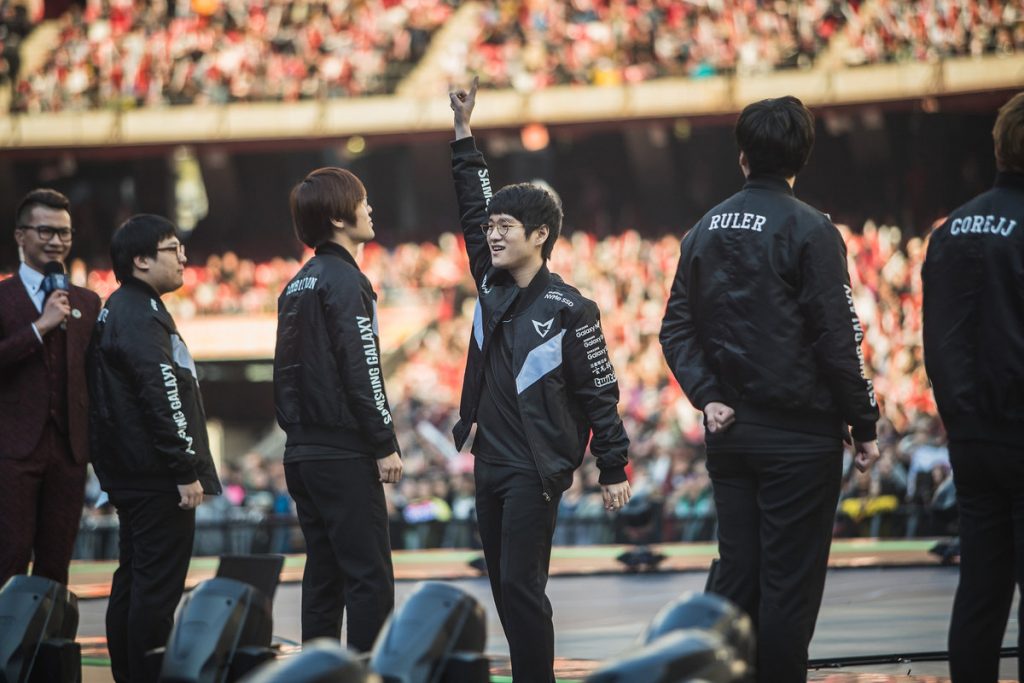 Crown has announced his retirement from League of Legends after a six-year career and one Worlds Trophy Lift. (Photo courtesy Riot Games)

Lee “Crown” Min-ho has announced his retirement from professional League of Legends. The Worlds-winning mid-laner has had a long and prosperous career, stretching back to 2014. The legend retires after serving in two major regions, and one smaller league.

Crown began his career back in 2014, being one of the Korean players that joined the Korean exodus when the world recognized how far ahead the Korean LoL scene was. His first team in a league was the Brazilian side, Team 58ers, serving as their mid-laner through the Summer. From there, he joined KaBuM! Black. After six months in Brazil, he returned home to Korea and played on Hyper in the Spring Season.

From May 2015, he joined Samsung Galaxy and remained on the team for two and a half years. Samsung Galaxy had its ups and downs through 2015, but 2016 and 2017 was a much better experience. In 2016, the team was one of the best rosters in the world. They made it to Worlds 2016, moving up to the Grand Finals against SKT T1, losing to them, becoming the Worlds runners-up. In 2017, they enacted their revenge and beat SKT T1 in the final of Worlds 2017, making SSG a two-time Worlds winner.

However, the Worlds winning roster fell off in 2018 Spring as they became KSV eSports. The roster initially began the Split strong but began to fall off as the weeks went by. They managed to enter the playoffs but found themselves losing to a struggling SKT. But there was some hope in the Summer. The organization rebranded to Gen.G and became the gauntlet gods, taking out SKT, Griffin and other Korean powerhouses. They made it to Worlds in a remarkable fashion but crashed out of Worlds in the Groups stage going 1-5, unable to defend their Worlds title.

With the conclusion to the Korean storyline, Crown departed for North America. In 2019, Crown joined OpTic Gaming. The roster failed to do all that much despite them hiring a former world Champion, finishing in seventh place in Spring and barely scraping the Playoffs as the sixth seed. The dream for the roster ended there, after getting eliminated in the playoffs in the first round by CLG 0-3.

But Crown was determined to see success in NA. After getting beat by CLG in the playoffs, he joined the team for 2020. Unfortunately, CLG failed to utilize the roster effectively, finishing last place on a 3-15 record.

With NA being a failure, Crown returned home to work with the next generation of the Korean talent in the final split of the Challengers Korea league as we know it. Crown joined OZ gaming, where they went from 6th place in the Spring Regular Split to 3rd in the Summer standings and the Playoffs. Crown’s work seems to have improved the roster, and now he can retire just before the new era of the LCK begins with its franchising model.