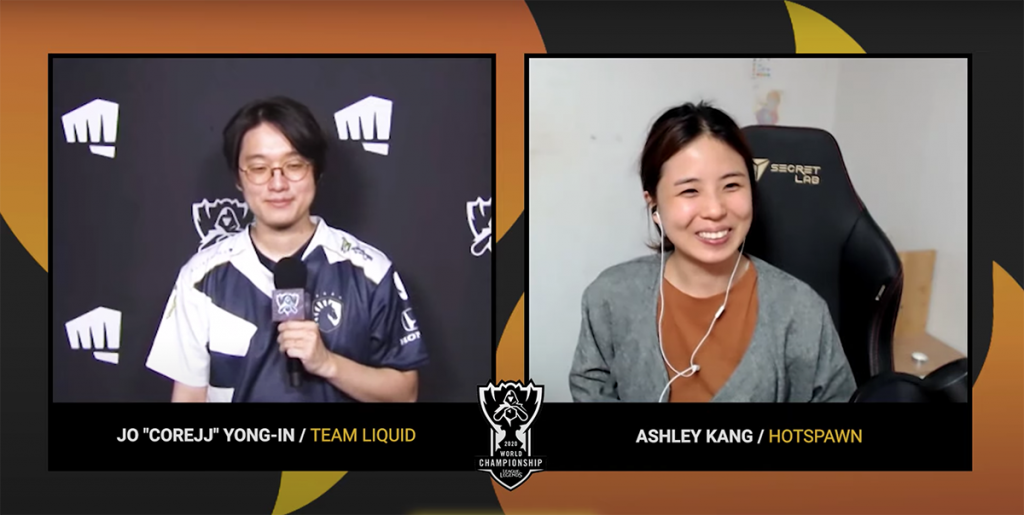 “TL has many players that have played at Worlds stage before. I mean, you have two World Champions," CoreJJ told Hotspawn.

It ultimately took a tiebreaker, but Team Liquid managed to win Group A in the Play-Ins and qualify directly to the Group Stage at Worlds 2020. After their successful run through Play-Ins, Ashley Kang sat down with TL support Jo “CoreJJ” Yong-in to discuss Liquid’s performance and how the team managed to come out of Play-Ins looking so strong.

“This is a realization that I had coming into the Play-In stage. It’s true that the other teams are strong. Every team can throw a punch that can catch the opposing team off guard” CoreJJ says. “And in a situation like this, it’s important more than ever to not lose the “color” of your own team. You have to really build your team identity, and I believe TL was successful in this.”

Of course, it was easier for TL to keep their mettle than other teams thanks to their depth of experience on the international stage. Between CoreJJ, Broxah, Nicolaj “Jensen” Jensen, and Jung “Impact” Eon-yeong, there was no more experienced team in Play-Ins.

“TL has many players that have played at Worlds stage before. I mean, you have two World Champions,” CoreJJ explains. It’s true that NA has traditionally underperformed at Worlds. But TL as a team has the most amount of Worlds experience combined, out of all the 2020 Worlds teams.”

Of course, a player with some of the brightest lights shining on him was Broxah. After leaving Fnatic and crossing the Atlantic to join TL, the jungler had some mixed results in domestic play. However, that did not seem to follow him to Shanghai.

“I’d personally say I was especially impressed by Broxah’s performance not only today [after defeating Legacy Esports], but throughout the Play-Ins,” says CoreJJ. “He is very conversational. He’s such an easy jungler to play with. At the same time, he has been continuing to build confidence and he’s been leading more and more games in his own pace.”

Be sure to check out all the exclusive interviews throughout Worlds 2020 at the Hotspawn YouTube page.