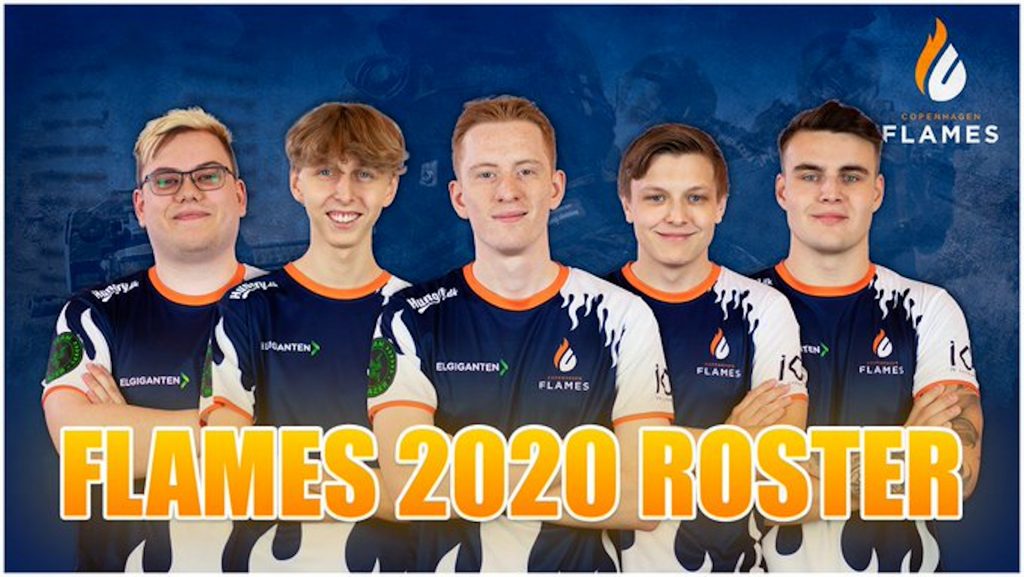 Copenhagen Flames has signed five new members to their CS:GO roster. The team has reformed their roster during the player break while x6stence acquired their former five-person squad.

Flames CS:GO is BACK!
We're excited to welcome our new #CSGO lineup – and can't wait to see these boys bring the heat on the server! 🔥@mankzCS @mertzCS @BassoCSGO @JabbiCS @Daffucs

The new team features returning players and young Danish talent. Daniel “mertz” Mertz, Jakob “Jabbi” Nygaard, Marcus “maNkz” Kjeldsen, Sebastian “Basso” Aagaard, and Jakob “Daffu” Schildt are the five making up the current line-up. Basso is the returning player who spent over a year on the organization. Most of his time was spent on the bench, but not has a shot to prove himself once again.

Basso is not the only player getting another shot on a Danish t2 roster. mertz is one of the names that featured on the Team Singularity Danish roster, which was signed earlier this year. Although, the player was sent to the bench before the summer player break. He will be joined by a former teammate, Jabbi, who left Team Singularity on July 21st.

Meanwhile, rookies maNkz and Daffu are joining Copenhagen Flames after their stints on the Lyngby Vikings. These two rookies will now gain more international experience as they aim to compete in more prestigious tournaments.

Previously, Copenhagen Flames featured in the inaugural season of the FLASHPOINT tournament. The team flew to California for their LAN event just as the COVID-19 pandemic hit. However, the team struggled to compete in the format and finished last place.

This new roster will aim to follow in the footsteps of the previous roster, and further improve the Copenhagen Flames results as a developing tier 2 name. Expect to see the new team compete in events post-August as the CS:GO calendar begins to returns to normal.