For years, the League of Legends World Championship has been one of the most prestigious esports tournaments. In terms of viewership, prize money, and the number of regions represented, it has been a leader in the industry. Needless to say, with the eyes of the esports world on it, the World Championship needs to be a smooth operation. And while there’s no doubt that this year, once again, Riot Games will produce a memorable event, there are a few question marks to be raised about two attending teams: PSG Talon, who represent the Pacific Championship Series, and LGD Gaming, who are the fourth seed of China’s League of Legends Pro League.

PSG Talon is a team directly formed by a partnership between Hong Kong team Talon Esports and French soccer club Paris Saint-Germain, a team owned by controversial Qatar Emir Tamim bin Hamad al-Thani. While LGD Gaming’s League of Legends roster doesn’t have the PSG stamp on it as Talon does, LGD Gaming is directly tied to the soccer club too. The two have another esports team together as well in the shape of PSG.LGD, a prominent Dota 2 team. With both LGD Gaming’s League of Legends team and PSG Talon playing at the League of Legends World Championship this year, a conflict of interest raises questions.

LGD Gaming were the first to enter a partnership with Paris Saint-Germain. On April 19, 2018, the two revealed to be joining forces to  attempt success in the Dota 2 scene together. At the time of the partnership, the announcement came with the usual promotion talk from both parties. “We are very happy to work with LGD, a major structure in China. This partnership fits perfectly with our development strategy and I look forward to build new exciting projects with them,” Yassine Jaada, CGO at Paris Saint-Germain commented. On LGD Gaming’s side, then-CSO Xuan Li said: “We are very honored that PSG recognizes our brand, our successes and our experience. We look forward to going even further with PSG to make our fans proud.”

Talon Esports announced a partnership with Paris Saint-Germain a few years later. On June 18, 2020, Talon Esports’ League of Legends team signed a sponsorship deal with Paris Saint-Germain, forming PSG Talon to compete in the Pacific Championship series. Again, the statements followed: “Whilst this partnership undoubtedly strengthens the Paris Saint-Germain brand visibility in our key markets, and in front of non-traditional football audiences across the globe, we are confident in building a viable Esports business within its own right,” stated Fabien Allegre, Brand Diversification and Merchandising Director at Paris Saint-Germain. Talon Esports CEO Sean Zhang said: “We recognize that our fans appreciate performance above anything else, so to partner with a club with the history and pedigree of PSG means taking our game to new levels.”

With this deal, however, more details about the joint venture were spoken about in the announcement. The partnership between Talon Esports and Paris Saint-Germain says that both parties will be operating the brand. Moreover, the press release states: “Using the commercial and content teams at both respective organisations, PSG Talon will together pursue commercial partnerships and regionally tailored content creation.” It appears that, in this partnership, Paris Saint-Germain is more involved with their partners.

This creates multiple problems. First of all, with Paris Saint-Germain as brand name partner of both LGD Gaming and Talon Esports, they have an interesting position. Even if LGD Gaming and Talon Esports would never play in the same tournament, there is a clear connection between the two through Paris Saint-Germain. The teams could create an unfair situation when it comes to negotiations for player acquisition, using their mutual partner as a bridge to trump competing teams that might be interested in adding a player to their lineup. 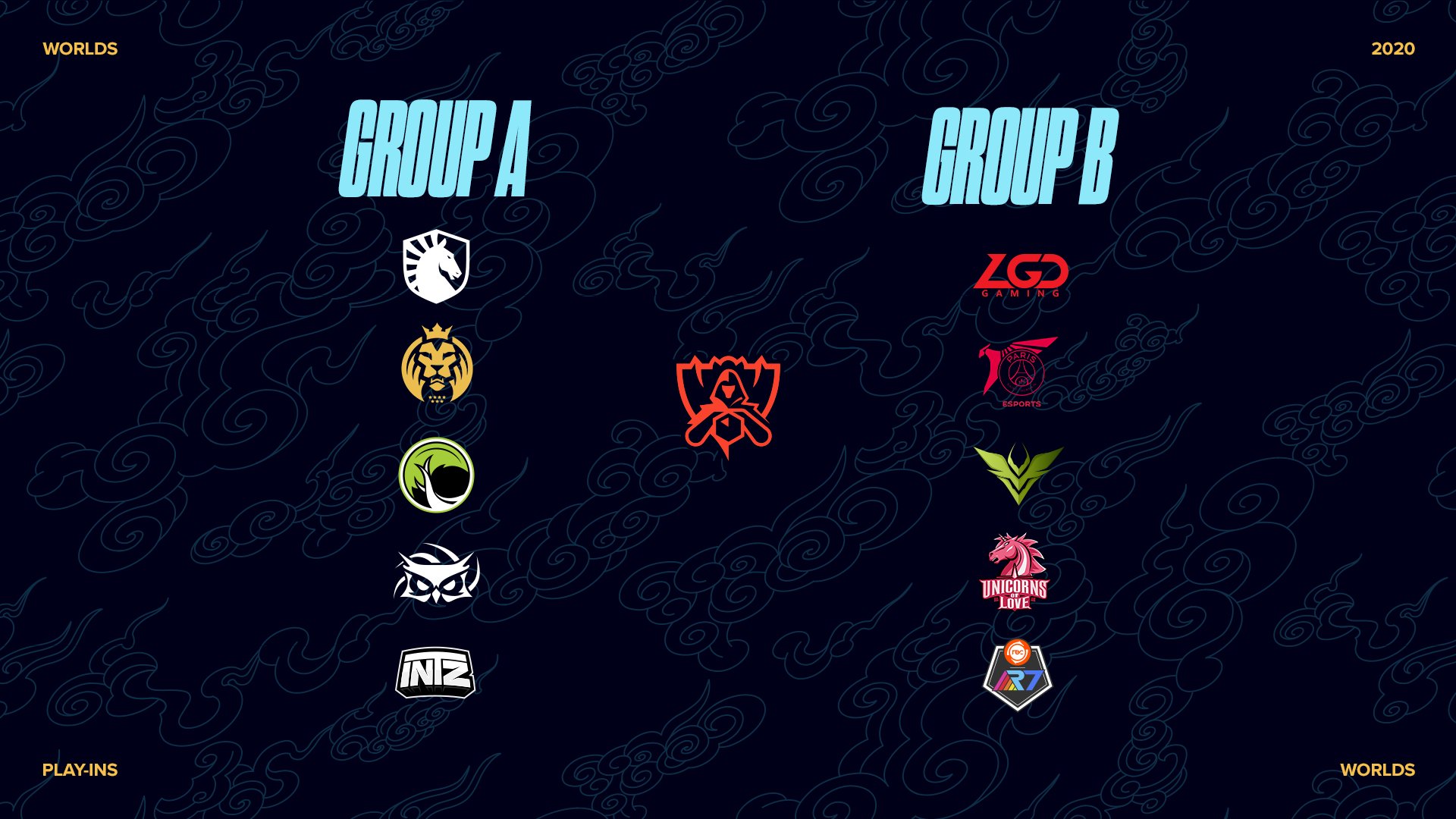 But the second problem becomes glaringly obvious as we approach the League of Legends World Championship. LGD Gaming and PSG Talon have both qualified for the event, and will play in the Play-In stage. Not only are they in the same phase of the tournament: they play directly against each other. This puts Paris Saint-Germain in a powerful place. Hypothetically, if Paris Saint-Germain thinks that PSG Talon performing well would have greater value to them, they could approach LGD Gaming, attempt to use the sponsorship deal with the Dota 2 team as leverage, and persuade LGD Gaming to tell their League of Legends team to deliberately lose the game against PSG Talon.

The reverse could also happen if Paris Saint-Germain thinks that LGD Gaming succeeding would trickle down to benefit them more. Even if the match between PSG Talon and LGD Gaming would go untouched, they still play against three other opponents, the match results of which directly influence each team’s chances of advancing in the League of Legends World Championship. If it would be favorable for PSG Talon that LGD Gaming lose their match against, for example Unicorns of Love, there is a scenario in which Paris Saint-Germain could try to apply pressure on LGD Gaming, again using the partnership deal that exists with the Dota 2 team, to lose said match.

As per usual with conflicts of interests, the problem doesn’t just exist when the actual conflict happens. The fact that this dual partnership could allow for these situations to occur is the problem. Yes, any team X could approach team Y even if they have no partnership and try to play an unfair game. But they don’t have something that Paris Saint-Germain does have: leverage. The direct financial interests Paris Saint-Germain has in both LGD Gaming and Talon Esports as organizations is a problem at this year’s League of Legends World Championship.

Whenever a League of Legends team wants to go forward with a partnership, it is vetted by Riot Games to ensure all deals are according to the rules set for esports teams competing in official League of Legends competitions.

You can place big question marks around Riot Games approving this deal. What makes it even stranger is that Riot acted differently in another case where one organization had a vested interest in two teams. A company called Go4it Capital, a Brazilian investment firm and agency, was heavily involved with Flamengo eSports, a team competing in the CBLoL. Flamengo, a soccer club, had contracted Go4it to effectively manage its League of Legends operation. However, when Go4it invested in European team G2 Esports at a later point, Riot Games made Go4it choose between the two. Go4it ended up dropping Flamengo eSports and they chose to stick with their investment in G2 Esports.

Responses from those involved

Hotspawn reached out to all parties involved several weeks ago to learn more about the nature of this partnership and the organizations involved. When Hotspawn reached out to Riot Games Southeast Asia to learn what role they played in approving the partnership between Paris Saint-Germain and Talon Esports, they initially responded: “We audit partnerships to ensure compliance with all rules and regulations, but nothing further.” Riot Games has not yet responded to a follow-up email asking about the conflict of interest that is tied to PSG Talon and LGD Gaming.

To the teams involved, Hotspawn sent out inquiries if they would be willing to answer questions regarding their organizational structure and partnerships they have. The aim was to first learn more about each company’s structure—perhaps there was something in place internally to prevent conflicts of interest. Yassine Jaada, the Chief Gaming Officer at Paris Saint-Germain, who we mentioned earlier in this article, unfortunately never responded. Talon Esports replied that they were willing to answer questions regarding their organizational structure, their operation in the PCS, and their partnership with Paris Saint-Germain, but did not reply to the questions sent.

LGD Gaming agreed to answer questions initially, but did not reply until two weeks later. . In their response LGD Gaming stated that answering the questions would reveal too much of their corporate structure. When in a follow-up mail LGD Gaming was directly asked about the conflict of interest existing through Paris Saint-Germain, LGD Gaming responded on September 24th that they would reply in one or two days. We will update this story as each party chooses to respond to our inquiries.