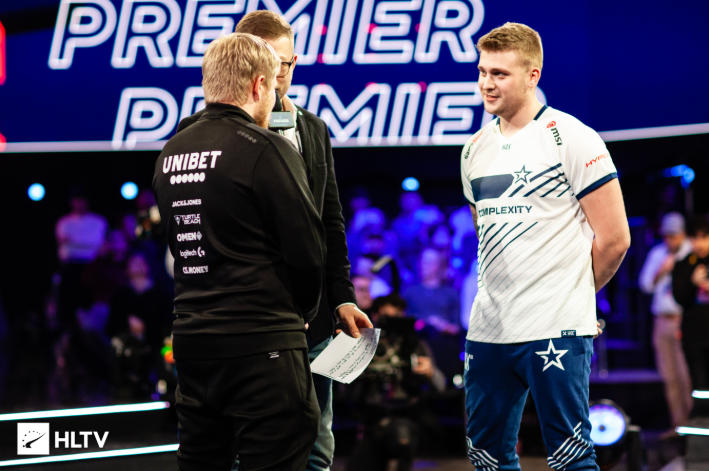 Complexity have pulled off an unbelievable upset against Astralis at BLAST Premier Spring. (Photo courtesy HLTV)

Group B of the BLAST Spring Premier is now under way. Day one has played host to one of the biggest upsets in recent Counter-Strike: Global Offensive history. The 44th ranked Complexity Gaming has taken down Astralis – the best team in the world.

Of possible results in BLAST Premier Spring Group Stage, this one was the most unlikely. So how did it happen?

The map veto saw Complexity remove Astralis’s famous Nuke pick before taking Dust II. As the match began, Astralis started out with a five-round lead off the back of a pistol win. While things were proceeding as expected, Complexity were getting kills and forcing re-buys from Astralis. After a 2v1 clutch from Owen “oBo” Schlatter, Complexity had broken their opposition’s economy.

Complexity stormed back to take nine of the last ten rounds and end the half up 9-6. Their CT campaign would be just as impressive. After winning six of the first seven rounds, Complexity went on map point. A dominant Long hold by William “RUSH” Wierzba closed the map out 16-11.

While taking a map off Astralis is no small feat, it was expected that their Vertigo pick would be a safe bet to send the series to three maps. Their CT side was fairly standard, winning nine rounds. They would have had more if not for some late half heroics by Valentin “poizon” Vasilev.

Astralis helped to pioneer Vertigo T side play, so surely seven rounds were doable in the second half. This expectation was quickly turned on its head as Complexity shot out to seven straight rounds after losing the pistol. Astralis only planted the bomb once during this streak, but a retake from Benjamin “blameF” Bremer shut them down.

Astralis only managed to win two more rounds in the match. Complexity would win Vertigo 16-12 and complete the stunning 2-0 upset.

This result could have any number of possible factors going into it. Astralis haven’t played at an event since BLAST Pro Series Finals nearly two months ago. They also might have looked past Complexity to prepare for the other powerhouse teams in their group. Whatever the reason, Complexity were the better team and they deserve every praise.

Their next match is against Team Vitality, the winner qualifying for the Spring Finals. Astralis have dropped to the losers bracket and will play Na’Vi for a chance at survival.