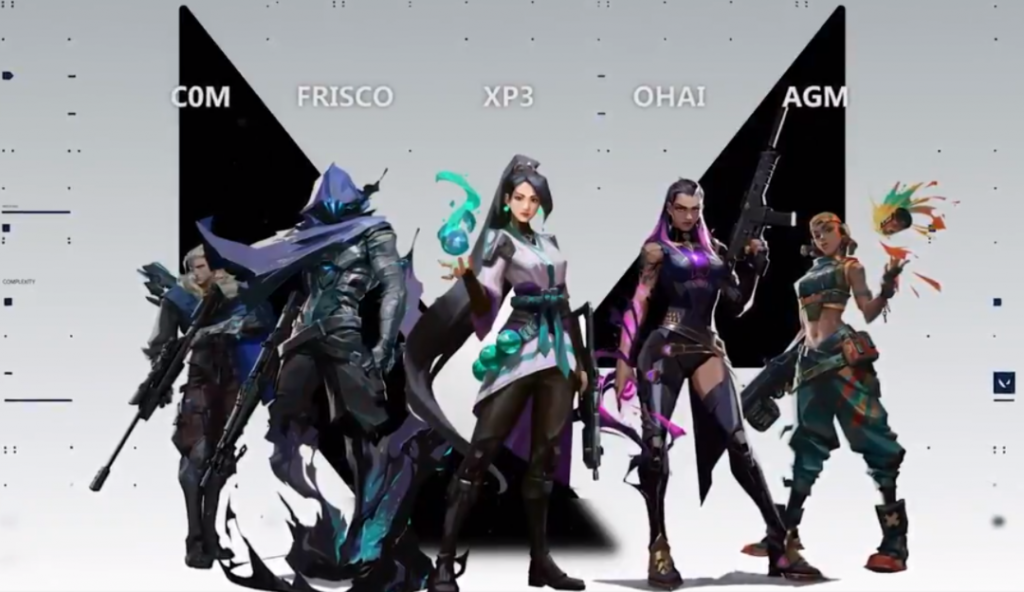 Complexity opted for a mix of veteran and young players who hail from Apex Legends, Counter-Strike, and Overwatch backgrounds. (Photo courtesy Complexity)

“Valorant is an exciting game that’s shaping up to have a vibrant competitive ecosystem, and we’re thrilled to officially be a part of it,” explained Sören Vendsahm, General Manager of Complexity Gaming in a press release. “Our Valorant team comes from diverse competitive backgrounds and has shown great chemistry and significant potential. We’re looking forward to seeing how our team grows and develops over the coming months, leveraging our dedicated support staff and vast resources available to them as a part of the Complexity Gaming family.”

Ohaaiii is an American player with a background in Apex Legends. He played with the Las Vegas Minigunners in 2019, competing in a variety of Tier 3 and Tier 2 tournaments. Most notably, he was part of the winning squad at the WED 1k Invitational in March of 2019. Ohaaiii is still in the early part of his career and is looking to make a name for himself in VALORANT.

C0m is an American competitor who comes from a CS:GO background. He played for the orgless Tier 2 team Mythic from 2019 until July of this year, when he retired from CS:GO to pursue VALORANT. While playing with Mythic, C0m participated in the Mountain Dew League ESEA Season 34, where he helped Mythic achieve a 2nd place finish. Like Ohaaiii, C0m is still green and eager to prove himself in VALORANT.

Frisco is an American Overwatch player who has been an inactive free agent since 2017. In 2016, he participated in competitive Tier 2 Overwatch events with Team Liquid, No fast Guns, and most recently Rly Cool Guys. Despite his notable absence from esports for the past couple of years, Frisco has shown himself to be a talented VALORANT player.

Xp3 is a French former Counter-Strike player with extensive experience in Counter-Strike: Source and Counter-Strike: Global Offensive. The 33 year old player has been active in CS since 2005 and was most recently the coach of Team Dignitas Female before making the switch to Valorant earlier this year. Throughout his storied career, Xp3 has won numerous high tier tournaments as both a coach and a player.

agM is also a former CS:GO veteran. The 27 year old player has been active in competitive CS:GO since 2012. Throughout his career he has played and coached for more than 15 competitive mid tier CS:GO organizations, and has won a variety of B-Tier and C-Tier tournaments as a player and coach.

This Complexity lineup is a mix of young players and veterans, coming from a variety of different esports backgrounds. While many teams like NIP have invested in highly experienced former CS:GO players, some teams like Complexity and the Sentinels are putting their money on players with diverse backgrounds. As larger VALORANT esports events kick off in earnest over the next couple of years, we will hopefully begin to see which roster strategy is better.