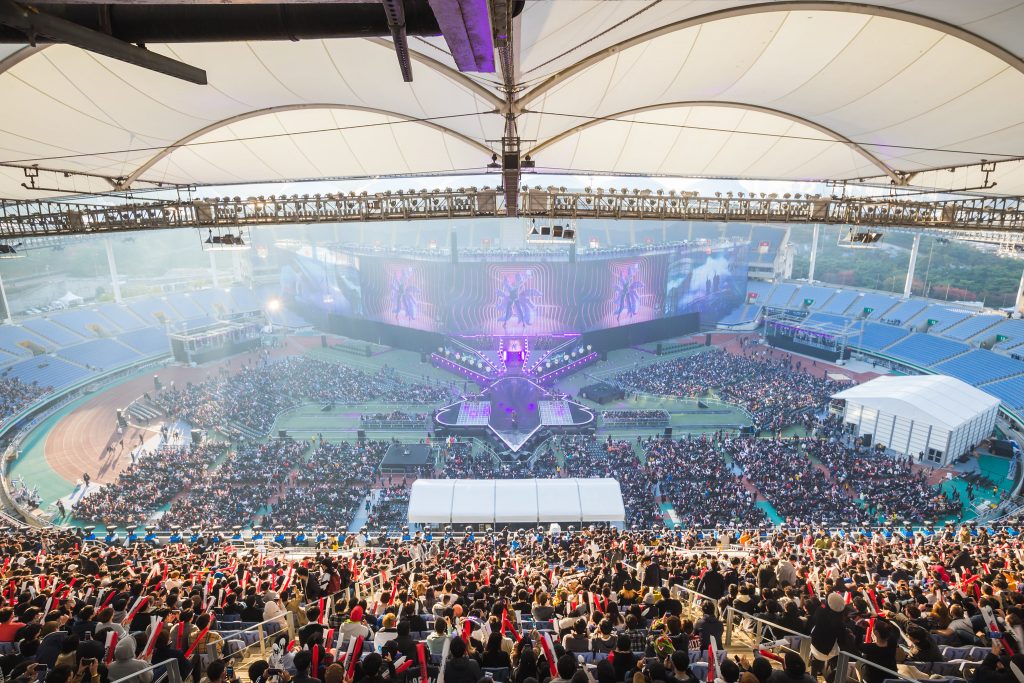 In principle, Dota 2 and League of Legends are very similar games. They’re both MOBAs, they both have a lot of heroes and they both have colossal world championship events towards the end of the year. But what makes League of Legend’s Worlds so much different from Dota 2’s The International? How do these two games stack up when we compare their season-ending tournaments to each other?

The first thing any Dota fans looking at the schedule for Worlds 2019 will notice has to be the sheer length of the event. And a League fan might look at The International and balk at its tiny footprint on the year.

The League of Legends World Championships have run over a one-month period since the format was adopted in 2013. In comparison, The International wraps up neatly in ten days. Part of this is related to the open qualifier format for The International, compared to the play-in system of Worlds. But much of it is to do with maximizing potential viewers. Worlds focuses on weekends, simply giving us a few days’ break between the end of groups, quarterfinals, semis, and the finals. 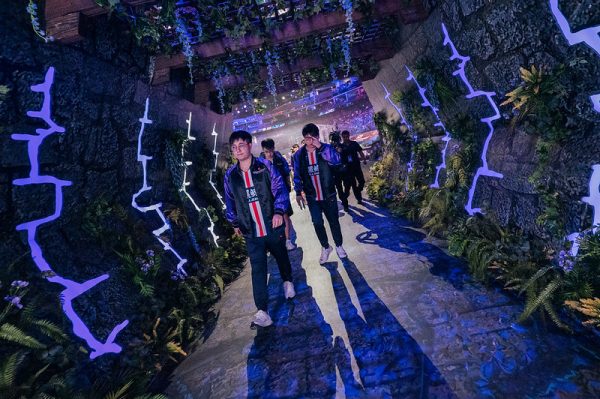 Part of the stage at Dota 2’s 2019 The International. (Image via Valve)

The next obvious difference is the format. In The International, group stages have never been the focus of the tournament, with the initial editions not bothering to eliminate any teams during the stage. Since the start of Worlds, the Group Stage has been of greater importance to the tournament than in Dota 2. Groups are a “do or die” time for many teams, and a place where massive upsets and crucial mistakes happen. In Dota 2, no team ever got noticed because of a great Group Stage. In fact, in the first of their record-breaking repeat championships, OG’s TI8 group performance was nothing to write home about. They scraped by to narrowly reach the upper bracket. In contrast, in LoL, teams like Fnatic and Cloud 9 have become famous for navigating and escaping group stages and reaching the main event bracket.

Speaking of brackets, League fan’s eyes might start to water looking at The International’s Main Event format. Worlds has always used a straight forward single-elimination tournament for its finals. If you lose your series, you’re out. This forces every team to bring their best for each matchup and leave nothing behind. There’s one clear path to success, and it’s to beat every team in your way. Conversely, at The International, the bottom half of groups, and any losers from the upper bracket, feed into a lower bracket, in double-elimination setup. The result is that teams can build more momentum, but also scrape back from a close loss, for a chance at a rematch. You can keep a unique pick or strategy back for when you need it. It makes progressing to finals a more tactical affair, with many routes to victory.

Both Worlds and The International are a culmination of a season. For Dota 2, it’s the end of the Dota Pro Circuit, and for LoL, it’s the postseason for the various regional leagues which make up the scene. But for League of Legends, Worlds is often the only time you’ll see organizations compete on an international stage in a given year. League is a very compartmentalized scene, and international events simply don’t happen before Worlds. The notable exceptions are the Mid Season Invitational, where single teams from each region compete, and the now drastically shrunken Rift Rivals series, which had previously pitted groups of regions against each other, but now focuses on the North America, Europe, and the East Asia Regions. 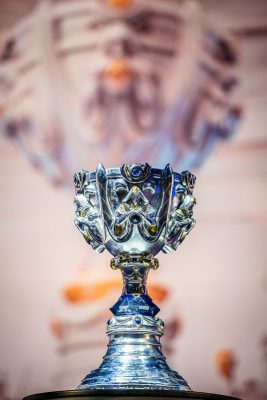 As a result, League fans don’t see international competition before Worlds, and it gives the event a very special and unique feeling. Part of this is by very deliberate design. A lack of international competition creates far more song and dance about just how exciting the Worlds event is. It also avoids the danger of foregone conclusions. Because the regions are never tested on the international stage, their quality isn’t exposed. China, Korea, and the rest of East Asia have dominated the League of Legends World Championships since Season 2. But this domination has been muted by the fact that other regions can explain away poor international showings as just “one bad tournament.”

The very nature of League’s competitive scene also prevents the kind of globe-trotting tournament scene which Dota 2 thrives on. With the league format that LoL has used since Season 3, schedules are tight. In its opening season, the NA LCS had teams play a grueling 28 games over ten weeks, followed by three weeks of playoffs, a nice eight-week break, and then another 13-week split. The schedule has lightened since then, but it still leaves no room for a team to consider traveling for tournaments.

In comparison, Dota 2 lives and breathes on international competition. Region’s top teams meet dozens of times throughout the year, and it’s often very pronounced before The International which stacks will be placing near the top. The Dota scene is unforgiving in exposing the quality of its regions, and if a country isn’t doing well in a particular season, then fans will know long before the championship tournament

Worlds and The International just feel different. For starters, Worlds plants its flag on a hill of absolute unwavering esports professionalism. It continually tells its audience how important the event is, and gives magnitude to every happening, from lowly group stage game to the grand finals. Announcers shout and shriek as players pull off incredible moves, and with superhuman speed relay the action to us, while we sit on the edge of our seats watching. Worlds is a spectacle like none other. 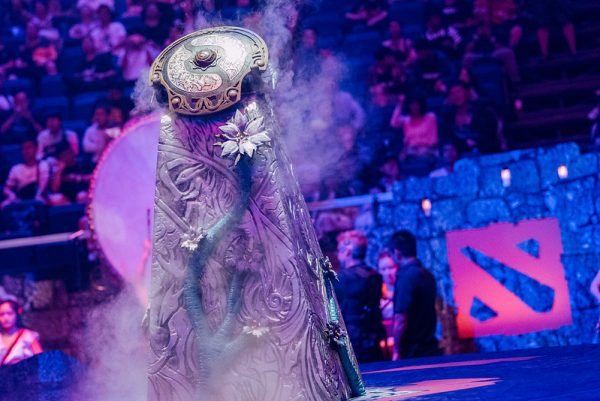 The Dota 2 Aegis of Champions, the trophy for the winners of The International. (Image via Valve)

The International is a far more complacent beast. It knows it’s important. Because it can offer the most substantial esports prizes in history, it can fill out the Mercedes-Benz Arena in Shanghai for ten days straight and doesn’t feel it needs to tell you how important it is. Instead, the event can embrace why people play Dota 2, and video games in general: to have fun. The International is Fun. Players spam voice lines, the fans clap along as Ogre Magi is picked, and in game, tips are sent when players mess up. None of this is unique to The International, but compared to other tournaments, it’s multiplied a thousand times over.

Both events are esports at their pinnacle. However, one revels in its extraordinary nature, while the other embraces its game as a whole, magnifying what makes it special.