Commander Jesse: “I Definitely See the Potential in What We Do” 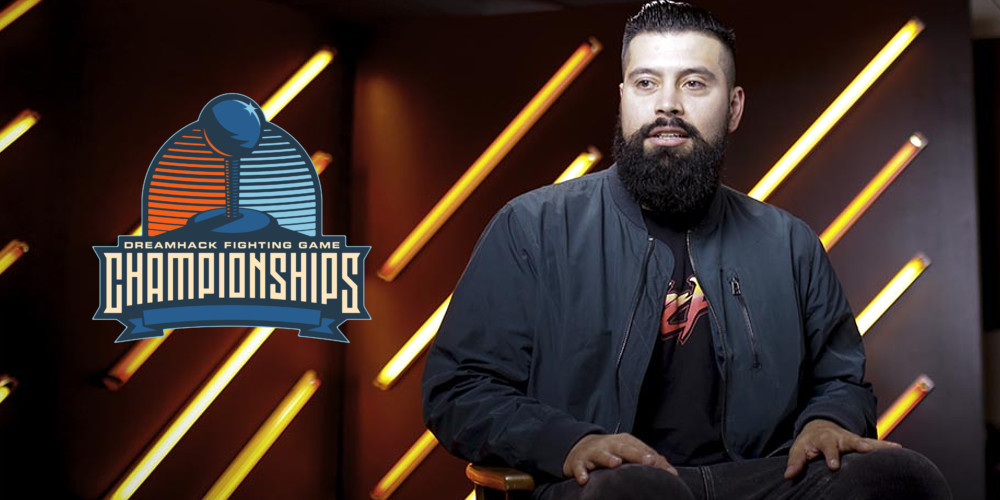 Radiance’s Jesse “Commander Jesse” Espinoza is a Street Fighter veteran who has been playing since 2009, starting in Street Fighter IV.  He took home his best personal placement ever at DreamHack Anaheim as the Champion, beating out a who’s who of SoCal natives.

While the competition might not have been as stacked as a Capcom Pro Tour event, Hotspawn had the chance to catch up with the champ and find out why events like this are still important. We also discussed the decline of SoCal as a power region in Street Fighter, and his plans to take Kolin to the next level in SFV this year.

Hotspawn: You’re mainly known as a Dhalsim player, but I saw that you used Kolin to great effect here. Why the change?

In a way, it’s nice to have my character do that for me, after dealing with Dhalsim it was hard work.

Hotspawn: Were you worried about the Seth matchup coming into DreamHack Anaheim given she was just recently released?

Commander Jesse: I was! Stupendous, another SoCal player, plays Seth and has been putting a lot of work into the character. I actually wasn’t sure which character to use as I’ve heard Dhalsim has a hard time with Seth, so I was just going to wing it with Kolin. Fortunately I didn’t run into him. I’m actually going to see if I can play some games with him. I really wanted to learn that match today.

Hotspawn: The turnout wasn’t amazing here at Dreamhack, do you think events like this are still important for SoCal as a region?

Commander Jesse: I think especially now that SoCal doesn’t have any Capcom Pro Tour events. We used to have SoCal Regionals and West Coast Warzone which were both ranking events. Now that we don’t have those we have little small events sprinkled in. Something like this, even with the small turnout, is good for tournament nerves, tournament prep. 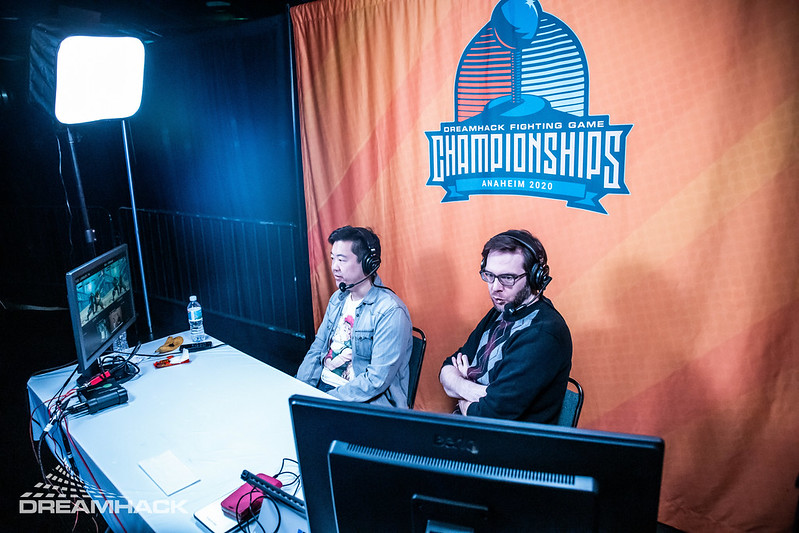 For some of these players, they do travel and they go out of pocket, to many different tournaments around the world. So events like this are great preparation for that and practice for all of us really. I have to show Street Fighter some love. I love the game, and I think it’s a classic game and I’m happy that it’s here.

Hotspawn: What do you think has happened to SoCal as a region in fighting games? It seems to have hit a slump after once being one of the meccas of the FGC in NA.

Commander Jesse: I’m honestly not sure. I don’t know if it’s because there are just less fans of Street Fighter than there were in the SF4 era, or if they’re looking for something different. There’s so many fighters out now that people are playing. There’s the new GranBlue, KOF, SamSho, there’s Dragon Ball — a lot of variety.

Some people may be finding games that they enjoy more and dropping Street Fighter. It’s good that we have a lot of variety, but I think it means we might lose players to other games. But, we still have some big people who love the game and play and hold it down.

Hotspawn: In your opinion, what has been the biggest thing you’ve noticed in switching from SFIV to SFV over the years?

Commander Jesse: I feel like SFIV had more execution. There was more knowledge about knowing your combos, and knowing how to get all that down. SFV I feel like is more based on your decisions that you’re making on the fly and how much that can affect the flow of the match. You have to know the matchups more keenly, because one false move can end up taking your whole lifebar. Whereas with IV, I feel like it took a little bit longer, and the execution was heavier.

I started in IV, it was my first love, so I have to say I prefer it.

Hotspawn: How do you feel about SFV now that Champion Edition is out?

Commander Jesse: I think it’s great, there’s a lot of character options. The last two characters they brought out, Seth and Gill, are a lot of fun to play. I think they bring a different kind of vibe to the game. Their game plan is way different with Gill throwing fireballs and having the double element of fire and ice, getting the juggles, he’s a lot of fun to play. Seth, also a lot of fun, a hit-confirmable character, big damage output. Right now I think the game is in a pretty good spot, where a lot of people can play, pick up different characters and you’ll see a lot of variety in top eight’s.

Hotspawn: Are you looking at Seth at all as a potential switch?

I hope that the netcode gets better

Hotpsawn: What are your plans for the Pro Tour this year?

Commander Jesse: NorCal Regionals is probably going to be my first stop [Ed. Note: bad luck Jesse, it was cancelled from the Pro Tour due to Coronavirus]. But I really want to get out to Texas Showdown, and maybe one or two Global Events. I’m really looking forward to proving myself with Kolin this year.

Hotspawn: Is there anything you’d like Capcom to do better on with SFV?

Commander Jesse: I hope that the netcode gets better, even with the patch. I play a lot online, ranked matches when I’m streaming, or just running lobbies with people. I hope the netcode gets a little smoother, other than that, I think the game’s in great shape. Everyone who plays the game loves it offline, it’s just being able to play with others.

The netcode patch helped a little bit, overall the stability has been a little better, but I still experience times where there’s huge moments of slowdown. It’ll cost me matches sometimes, and it’s kind of frustrating when both players are trying their best and one thing outside of our control ruins it. Hopefully that’ll get fixed, but I have faith.

I wish more people just took the time to see the passion that’s in fighting games.

Hotspawn: As a fighting game pro, you guys don’t make as much money as say, Fortnite pros, or the guys that are upstairs here at DreamHack. What do you think the FGC can do to continue growing?

Commander Jesse: It’s hard to say. I think a lot of people really support the grassroots, they still get together to play the game. I love the community aspect. I think that’s my favorite part of the FGC; we have a passion for something and we make lifelong friends. To me, that’s the beauty of it. It’s not just us sitting at home with a microphone. We’re getting together and playing.

I wish more people just took the time to see the passion that’s in fighting games. I think a lot of people here love what we do and we get together to create these events. If we can have more esports events like DreamHack look into fighting games, the hype, the excitement, the love, I think we could grow into something big. I definitely see the potential in what we do, we just need to see more people.