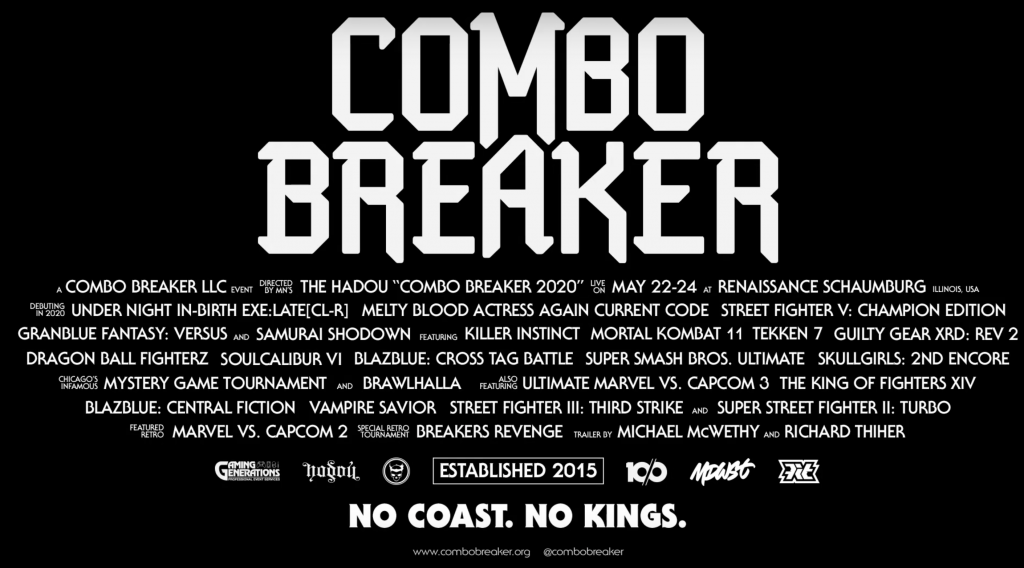 Combo Breaker will be moving from St. Charles to Schaumburg, Illinois for the 2020 event (Image via Combo Breaker/YouTube)

Combo Breaker, arguably the biggest fighting game event this side of EVO, has officially announced the dates and venue for the 2020 iteration. Combo Breaker 2020 will run from May 22nd – 24th at the Schaumburg Convention Center.

The move to Schaumburg, Illinois from St. Charles was to allow for Combo Breaker organizers to expand both their competitions and their space for casual players. This increase in capacity will allow the event to host tournaments in several new games including Samurai Shodown and Street Fighter V: Champion Edition.

In total, there will be 24 tournaments happening over the three days of Combo Breaker 2020. The announced games for the event are:

Of course, there will also be the amazing Chicago’s Famous Mystery Tournament. A tournament that will feature 256 players competing in a new competitive game for every round of the bracket.

Combo Breaker is a celebration of all things fighting games with those in attendance also having access to a free play arcade, community tournaments, cosplay and fighting-game related art pieces.