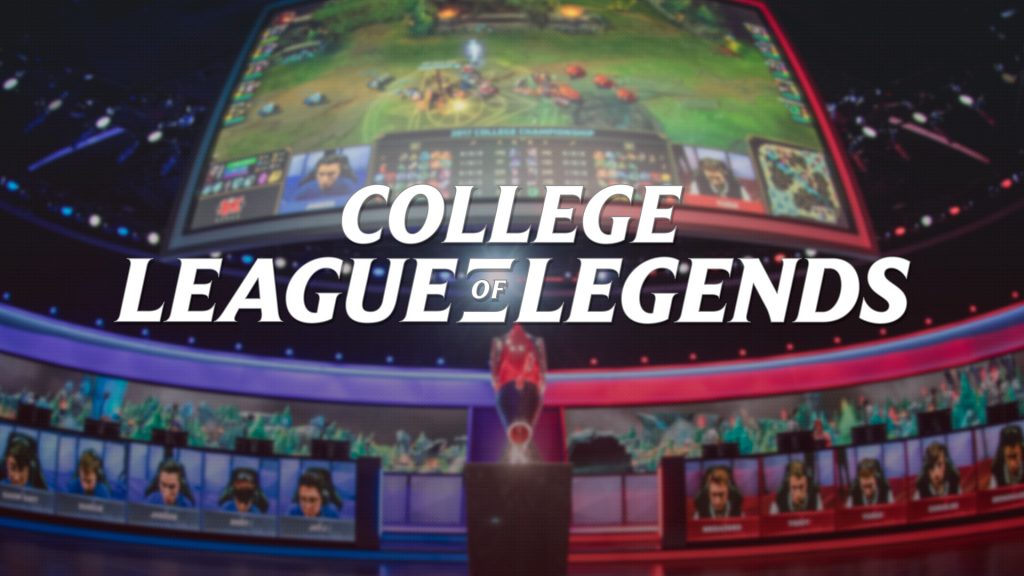 Check out the Hotspawn preview of the semifinals in each of the College League of Legends Conferences. (Image courtesy of Riot Games)

It’s playoff time in College League of Legends! We move on to the semifinals for the North, South, East, and West Conferences. There are regular season rematches, in-state rivalries, and upsets waiting to happen. Check out our preview below as the teams take their next step for qualification to the 2019 League of Legends College Championship.

This is the big North matchup in the semifinals. Miami University are still undefeated on the season after dispatching Illinois Wesleyan 3-0 in the quarterfinals. Maryville had a touch-and-go series against Robert Morris, but ultimately won 3-1 after dropping the first game.

Don’t let the seeding or records fool you. Maryville should still be the favorites in this one when you dig into the details. Miami have had an incredible season, but the teams are about on equal footing when you factor in the strength of schedule.

Miami beat RMU 2-1, Maryville beat RMU 3-1. Maryville lost to Columbia College, but Miami did not have to play them in the regular season. Finally, as we bring up every week, Maryville beat UC Irvine 2-0 twice in outside tournaments during season play. Miami can absolutely beat Maryville, but Maryville has been more battle-tested over the past couple of years in these situations.

Case Western Reserve University had a great season. They pulled off upsets over Kansas State and Illinois College during the regular season, then swept Kansas State 3-0 in the quarterfinals of playoffs.

Unfortunately, their road likely stops here. Columbia College is too talented across the board and is our pick for best in the country right now. “TyÌer” and “Blue Guilmon” can give Case Western a chance bot lane, but the top half of the Columbia College map with Ian “MistyStumpey” Alexander, Joshua “NintendudeX” Atkins, and David “rovex” Sin-Keo should be too much for Case Western to overcome.

Virginia Tech and North Carolina State met in week 5 of the regular season, with Virginia Tech prevailing 2-1. Tyler “ShadowVisions” Deaton and “aceˉ” had great assassin matchups mid lane, including Ahri vs Zed and Kassadin vs Ahri. The mid lane matchup could be crucial in this rematch.

2) University of Texas at Austin vs 3) George Mason University

Texas Austin cruised by rival and preseason favorite Texas Dallas 3-0 to advance to the semifinals. George Mason had a tougher time with sixth seed and 2017 College Championship participant Texas A&M, needing 5 games to take the 3-2 win.

Texas Austin and George Mason met in the final week of the regular season, with Texas Austin clinching the undefeated season off a 2-1 win. The series was a closely contested one, though, as Texas Austin won game three despite being down in kills 17-18. George Mason will need a big series from jungler “FIREFLY” to avenge their lone loss on the season.

Harrisburg handled Rochester Institute of Technology 3-0 in the quarterfinals, tallying an absurd 71-13 edge in kills. Western Ontario dropped game 1 to Toronto before bouncing back to crush the next three to advance to the semifinals.

This one is not a rematch from the regular season as the Western Ontario loss was to Stony Brook. Western Ontario has the experience of participating in the 2018 College Championship, but Harrisburg have put together a formidable lineup this offseason. Harrisburg have been the better team so far in 2019. The winner of the jungle matchup between Ryan “ShorterACE” Nget and “Julius” will go a long way in determining which team will advance to the finals.

2) Stony Brook vs 3) University of Waterloo

It’s time for us to find out if Stony Brook are a good team or a great team. Wins over Ottawa, Western Ontario, and York were awesome and proved Stony Brook are a clear-cut top three team in the East. But they’ve yet to play either of the top two regular season seeds, until now.

“DarkWingsForSale” has been a huge carry for Stony Brook this season, often on assassins. Waterloo mid laner “CptShrimps” has more often been on longer range control mages. Their matchup will be crucial to give their team the all-important mid priority that often decides games.

California Irvine got to watch the quarterfinals at home after finishing the regular season undefeated. Only seven teams in the West qualified for the playoffs, giving them a round one bye. UC Berkeley pulled off a 3-2 upset over UBC to get their shot at UC Irvine in the semifinals.

The reigning LoL College Champions won’t go down easily. They didn’t drop a game during the season, including a 2-0 win over the same Arizona State team that beat UBC. UC Berkeley will be heavy underdogs in this one, especially if we see “Youngbin” inserted back into the starting lineup for the playoffs.

Arizona State needed four games to defeat Washington after surprisingly dropping game one. California State Polytechnic went the distance against UC San Diego. They dropped the first two games, forcing them to pull off the reverse sweep, including a 37-minute thriller in game five.

Each of the two team’s lone series loss comes to UC Irvine on the season. Arizona State has the edge here, having played the tougher schedule to this point and earning a more resounding win in the quarterfinals. But they must pay close attention to keeping bot laner Kachaa under control if they want a trip to the finals and a likely rematch with UC Irvine.